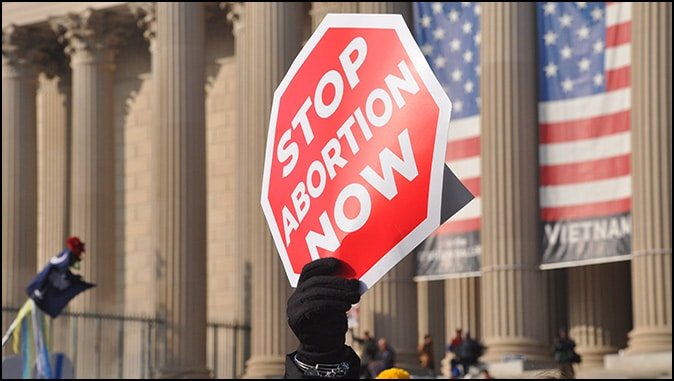 Abortion was back in the federal appellate courts this week, this time because of a challenge to Kentucky’s dismemberment ban. In April 2018, Kentucky House Bill 454 was signed into law. It prohibited abortions that “result in the bodily dismemberment, crushing, or human vivisection of the unborn child” if the child is 11 weeks or older.

Kentucky wanted to outlaw dismemberment defined as “a procedure in which a person, with the purpose of causing the death of an unborn child, dismembers the living unborn child and extracts portions, pieces, or limbs of the unborn child through the use of clamps…” This is certainly not the first time a type of abortion procedure has been outlawed. In Gonzalez v. Carhart, the Supreme Court upheld Congress’s law that outlawed partial-birth abortion, a procedure that involves partially delivering the baby alive before ending the life.

Two judges in the Sixth Circuit struck down the Kentucky law. The majority lamented about how women have a right not to be burdened while obtaining an abortion. However, the majority failed to acknowledge that a woman could still obtain an abortion, just not one using the dismemberment method. Judge John Bush, a Trump appointee, wrote his strongly worded dissent. Bush spoke about the conflict of interest between abortion providers representing women in court. Judge Bush noted that two abortion providers and a clinic were claiming to advocate on behalf of women. Not a single party to the case had their constitutional rights directly impacted.

Judge Bush noted that, for some reason—whether financial, litigation strategy, or otherwise—EMW Women’s Surgical Center refused to obtain the training to perform fetal demise (kill the unborn child), regardless of the fact that studies indicate many women would choose fetal demise before a dismemberment procedure. It was clear from oral arguments that EMW was not looking out for what was best for women. When the abortion provider was asked what would happen if a woman did request fetal demise, the answer was that nothing would be done to honor her request.

Google vs. Border Security By Michael Cutler On September 21, 2018 Newsweek published a disturbing…

Buttigieg in Iowa – A Victory or A Sign of Decline?

Buttigieg in Iowa – A Victory or A Sign of Decline? By Michael Bresciani Biblically…

Why It’s No Fun Being a Leftist