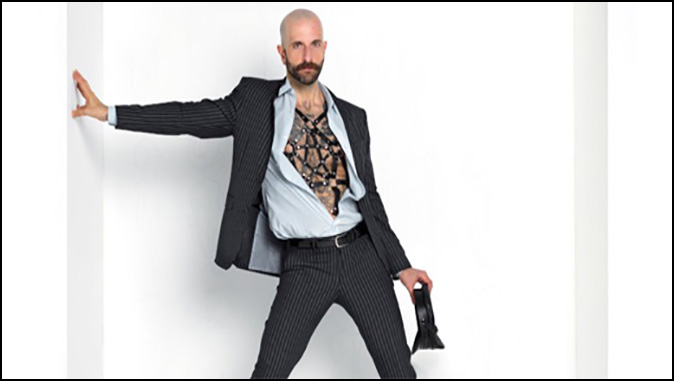 There is no degrading depth to which the Biden administration will not sink in its effort to appease sexual deviants and promote sexual deviance while concomitantly offending deplorables of every color.

No, I’m not talking about Biden’s appointment of Dr. “Rachel” Levine, the burly cross-dressing man to be the Assistant Secretary of Health.

Nor am I talking about Sam Brinton, whom Biden appointed to serve as the Deputy Assistant Secretary of Spent Fuel and Waste Disposition in the Office of Nuclear Energy. Brinton is also a cross-dressing, “nonbinary” homosexual who has sex with men who are dressed as dogs.

And I’m not referring to Shawn Skelly, another cross-dressing man whom Biden first appointed to his transition team (no pun intended) for the Department of Defense and then nominated to be the Assistant Secretary of Defense for Readiness.

I’m referring to Biden’s spanking new Monkeypox Czar, Dr. Demetre Daskalakis, whom Biden recently named “White House National Monkeypox Response Deputy Coordinator.” Since Dec. 21, 2020, Daskalakis has served as the CDC’s Director of the Division of HIV/AIDS Prevention and has been described glowingly as an “activist physician with a focus on LGBTQIA+ communities.” This summer, he was the grand marshal of New York City’s pride parade.

When asked about his career focus, homosexual Daskalakis demonstrated his woke bona fides:

We have the tools at our hands to prevent infection and to keep people living with HIV healthy. Our barrier to achieving this vision is no longer science, it is systemic racism, sexism, homophobia, and transphobia.

A physician believes — or claims to believe – that the barrier to sexual health is systemic racism and disapproval of disease-ridden homoerotic practices and cross-dressing.

Not to be outdone by his kinky colleagues in the administration — Levine, Brinton, and Skelly – Czar Daskalakis has been known to cross-dress as a nurse when giving meningitis vaccines to homosexual men at Fire Island. He also appeared on the cover of HIV Plus Magazine wearing a bondage harness in the shape of a star to ensure maximum offense to conservatives.

This is just a smidgen of the grotesquerie the election of Biden has brought to America. Remember this when the General Election rolls around. And remember too, we pay the salaries of these degenerates.