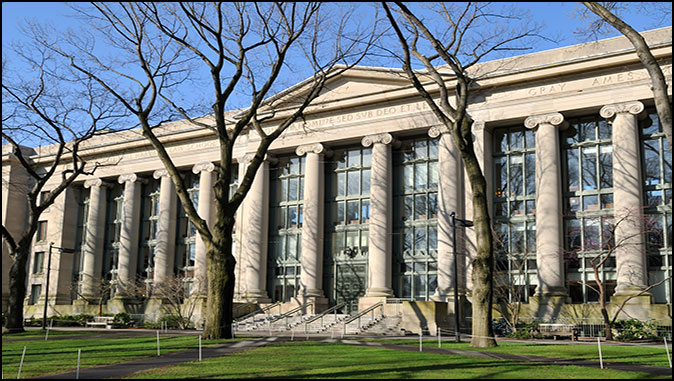 A recent petition, signed by hundreds of Harvard Law School students and alumni, raises the specter of the new McCarthyism coming to the law school at which I taught for half a century. The petition states that “Harvard Law School faces a choice of whether to welcome the architects and backers of the Trump administration’s worse abuses back into polite society.” It demands that Harvard not “hire or affiliate with” any of these sinners, and threatens that “if it does so the school will be complicit if future attacks on our democracy are even more violent – and more successful.”

The petition sees this ban as part of the educational and employment mission of the school: “it would also teach ambitious students of all ages that attempting to subvert the democratic process” will deny them access to the “revolving door to success and prestige.” This self-serving defense of censorship is intended to convey a crass economic threat: if you want to get a good job after law school, make sure that Harvard bans teachers and speakers who are trying to “rehabilitate their reputations and obscure the stain of their complicity in the Trump administration ….”

This is similar to the message that the original McCarthyites tried to have Harvard convey in the 1950s, when students were denied editorship of the Law Review, clerkship recommendations, and other opportunities that they had earned, solely because of their alleged affiliation with Communism and other left wing causes. One would have thought that current Harvard Law School students would be familiar with the sordid history of McCarthyism that infected many American universities, including Brooklyn College, which I attended as an undergraduate and where I fought against the denial of civil liberties to suspected communists.

One would also think that signatories would be aware that if these vague criteria — anti-democratic, racists, xenophobic and immoral — were applied across the board, they would result in bans on anyone who was associated with the current regimes in China, Cuba, Turkey, Belarus, Russia, Venezuela, the Palestinian Authority and other repressive governments. It would also apply to supporters of American anti-democratic and anti-free speech groups, such as Antifa, and the very organization — People’s Parity Project — that is promoting this anti-free speech petition. Indeed, historically, repression and censorship have been directed primarily against the left. Even today, the French government is expressing concern about the impact of “Islamo-leftist” influences from Americans universities.

The Harvard Law School petition is directed only at Trump supporters, not supporters of left wing anti-democratic repression, either here or abroad. It is based on the assumption that there is a special “Trump exception” to freedom of speech and due process. But exceptions to free speech and academic freedom for some risk becoming the rule for all.

Free speech for me but for not for thee is not a defensible principle. Today it is the mantra of the new censors, who demand deplatforming and cancelling speakers, teachers and writers who disagree with their anti-Trump zealotry. The voracious appetite of the censor, however, is rarely sated. Some are now trying to silence defenders of the Constitution, such as me, who opposed most of Trump’s policies but who also opposed what we believe were unconstitutional efforts to impeach him. When I was invited to speak by a Harvard Law School student group, the event had to be moved off campus as the result of threats to shout me down and silence me.

Much of this effort to exclude Trump supporters from campuses comes from individuals and organizations that also demand more “diversity.” But their definition of diversity is limited to race, gender, sexual orientation and ethnicity. It does not extend to the central mission of universities: to hear and learn from the widest array of views, perspectives, ideologies and political preferences.

Today’s students should welcome Trump supporters and challenge them — respectfully, civilly and with open minds. They should be willing to listen to views diametrically opposed to their own deeply felt morality and politics. Many of these cancelled speakers would express views that are accepted by tens of millions of American voters. Those of us who disagree with these views should feel confident that they will be soundly rejected in the open marketplace of ideas, as they were in the 2020 election. No university or law school should shut down this marketplace, as the old McCarthyism did and as this new McCarthyism is now trying to do. There is no place for selective censorship based on political affiliations at Harvard Law School or any institution of higher education, whether it receives federal funding or not — but especially if it does.

This anti-civil liberties petition should be rejected in the marketplace of ideas by all students, faculty and administrators who value diversity of opinions both inside and outside the classroom.

Alan M. Dershowitz is the Felix Frankfurter Professor of Law, Emeritus at Harvard Law School and author of the book, Guilt by Accusation: The Challenge of Proving Innocence in the Age of #MeToo, Skyhorse Publishing, 2019. His new podcast, “The Dershow,” can be seen on Spotify, Apple and YouTube. He is the Jack Roth Charitable Foundation Fellow at Gatestone Institute.