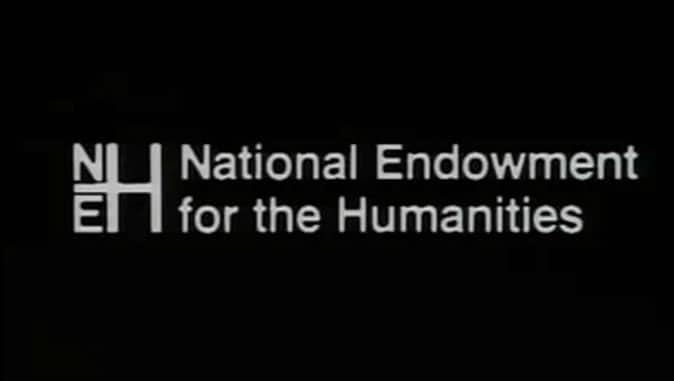 The National Endowment for the Humanities Spends $250K to Fund a 1619 Project for Israel
“To say that Jews were subject to restrictions that would not allow them to prosper and live in the Middle East is just nonsense.”
By Daniel Greenfield

Daniel Greenfield is a Shillman Journalism Fellow at the David Horowitz Freedom Center specializing in investigative reporting on the Left and Islamic terrorism.

Last year, Lior Sternfeld and Michelle Campos signed the so-called Jerusalem Declaration on Antisemitism which argued that calling for the destruction of Israel was not antisemitic.

The signatures of Sternfeld and Campos alongside numerous other anti-Israel academics was unsurprising. Sternfeld had previously signed a petition in support of BDS activists which concluded with the assertion that the signers might refuse to “enter the State of Israel”. He and Campos had also signed another petition accusing the Jewish State of “apartheid”.

More recently, Campos, Sternfeld, and Orit Bashkin had signed on to the Statement on Israel and Palestine in Jewish Studies accusing Israel of engaging in “state violence” against Hamas. In language echoing Soviet propaganda, it denounced Zionism as “ethnonationalist” and “settler colonial” systems of “Jewish supremacy” that led to the “segregation” of “Palestinians”.

Israel, all of it, it asserts, exists on occupied territory, not only from the 1967, but the 1948 War of Independence.

From an academic standpoint, the various professors and graduate students declare that they will support their colleagues who boycott Israel and as scholars to “amplify, and support our Palestinian and other colleagues” and emphasize the “place of Palestine in Jewish Studies”.

With the support of the National Endowment for the Humanities.

The NEH is one of the more toxic components of the federal government. While the Trump administration tried to defund it, the Biden administration is using it to push critical race theory into classrooms. But not to leave anyone out, it’s also funding a 1619 Project for Israel.

Sternfeld, Campos, and Bashkin were showered with a nearly $250,000 grant to “reimagine” Jewish life in the Middle East before Zionism. The NEH grant, one of the two largest in Pennsylvania, funds a “large-scale collaborative project to rewrite the histories, narratives, and memories of and by Jews in the Middle East in the 19th-21st centuries.”

“Most history books just want to show that Zionism was the only alternative for Jews living in the Middle East. To say that Jews were subject to restrictions that would not allow them to prosper and live in the Middle East is just nonsense,” Sternfeld contended in a story about the project.

The only nonsense here is Sternfeld, who can’t even enter Iran, insisting that a million Jewish refugees and a thousand years of discrimination are a figment of the imagination.

The NEH would never fund revisionist history that denied that black people were discriminated against during segregation. Why is it funding the same sort of revisionism against Israel?

The three beneficiaries of the NEH’s reappropriation of taxpayer money on their behalf have made little secret of their hostility to the Jewish State.

Sternfeld slandered Israel as an “apartheid regime” and insisted that through “manipulation” Israelis “came to believe that the entire Middle East genuinely wants to eradicate Israel and the Jews” and for some reason, Israelis “do not believe the Arab leaders when they talk about peace (be it the Arab League peace initiative, or the Egyptian Muslim Brotherhood leaders”.

Orit Bashkin writes in one review of “discriminatory practices” as being the “building blocks of the meaning of Israeli citizenship” and rants about Israeli efforts to defend against Hamas.

Campos has accused Israelis of racism and repeated antisemitic tropes that the White House and Congress were “easily manipulated” by Israel and sent diplomats who lacked the “will to stand up to Israel”. She falsely claimed that Israel had killed “hundreds of Palestinians – among them militants, yes, but mostly civilians and those just defending their homes and villages”.

Academic work does not have to be defined by personal politics, but “Reimagining Jewish Life in the Modern Middle East, 1800 – Present: Culture, Society, and History” from Sternfeld, Campos, and Bashkin, is unlikely to be anything but a grander distillation of anti-zionist revisionist history that falsely insists that Jews lived peacefully under Arab Muslim occupation.

A workshop proposal from Sternfeld co-signed by Campos and Bashkin cheers “groundbreaking studies that view Jewish communities as part of their respective societies” and proposes an attempt to counter the narratives “that lament the end of Jewish existence in the Middle East and the Muslim World”.

Sternfeld writes revisionist history about Iran’s Jews without ever having been there. An academic who authored “Iranophobia: The Logic of an Israeli Obsession” even hailed his “revisionist history of Jews in Iran”. Campos similarly tackles Jewish life under the Ottoman Empire. Her work has even been translated into Turkish. And Bashkin writes about Iraqi Jews.

The common theme of anti-zionist revisionist history is that the Jews enjoyed a good life under Muslim rule. They only moved to Israel because the left failed to build its utopian tyranny.

The implicit underlying idea is that had the Arab world undergone a true leftist revolution, Israel would never have existed or even been needed. Instead, Jews, Turks, and Arabs would have all lived happily in a socialist utopia. No matter how thoroughly the reality of the Soviet Union discredited this sort of antisemitism wrapped in utopian garb, leftists can never abandon it.

Rather than some sort of insightful perspective, this just copies and pastes the old Communist arguments against Zionism into an Arab-Muslim context. Not only isn’t this sort of revisionist history new, but its Jewish proponents are just building on the old propaganda of Arab Socialist academics demanding that Jews accept their place in their own nationalist schemes.

All it takes is believing that the Jews were never a people, and never had a nation or a history.

But what’s old hat in the middle east looks like an exciting new idea in American academia.

Jews, like all minorities, were always oppressed under Muslim rule. While there were periods of greater and lighter persecution, the myth that Sephardi Jews living under Sharia law had it easier was largely a product of Ashkenazi Jewish mythmaking and local appeasement.

While Sternfeld and Bashkin appropriate the history and suffering of Sephardi Jews, both of them carry typical European Ashkenazi last names. Sternfeld even celebrated his NEH cash with “I am beyond verklempt to share the news” in the typical minstrel show comic Yiddishism embraced by anti-Israel activists trying and failing to appropriate Jewishness.

Wondering why Sephardi Jews “vote for right-wing parties”, Bashkin agonized, “I often asked myself if I had been born to Iraqi Jewish Israeli parents, what my own political inclinations might have been”.

The agenda behind appropriating the Sephardi experience is to justify antisemitic violence against some Jews. Or as Campos writes in a piece on the Hebron massacre of Jewish men, women and children of “the degree to which indigenous Jews lived intimitately within the broader Palestinian community”. Jews who had remained behind under Muslim rule were “indigenous” while those who had been expelled and returned to their homeland were not.

Michelle Campos dismisses the brutal murder and mutilation of Jewish men, women, and children of Hebron as “sixty-seven Jews” killed in “countrywide clashes”. Behind the slick academic discourse is a dismissal and dehumanization of the Jewish victims of Islamic oppression. Campos, like most revisionist historians, seeks to replace the brutal reality of over a thousand years of oppression with selective fond memories and unfulfilled leftist aspirations.

Lior Sternfeld hailed Jewish participation in Iran’s Islamic revolution in the form of Edna Sabet, born a Jewish woman, who “in the wake of her Muslim husband…joined the Mujahedin”.

“Despite her tragic end, her story illustrates another aspect in the complex weave of identities and loyalties that characterized many of those from her generation,” Sternfeld argued.

There are hundreds of thousands of Persian Jews living in Israel, but revisionist historians insist on displacing them for the one Jewish woman who “joined the Mujahedin”.

Revisionist history begins by erasing the past even as it insists that it is really reclaiming it. Like the 1619 Project, it seeks a particular vantage point for reframing the ongoing reality while erasing the larger history that doesn’t suit its ideological agenda.

Anti-Israel and anti-Zionist historians erase Jewish history to justify the erasure of Israel.

And like the 1619 Project, the revisionist history here is meant to be injected into schools.

“The book is not just for scholars. We want it to be accessible to high school students, to professors,” Lior Sternfeld contends.

Propaganda is rarely meant for scholars. And this particular brand of propaganda produced by radical anti-Israel leftists is meant to influence the American educational system.