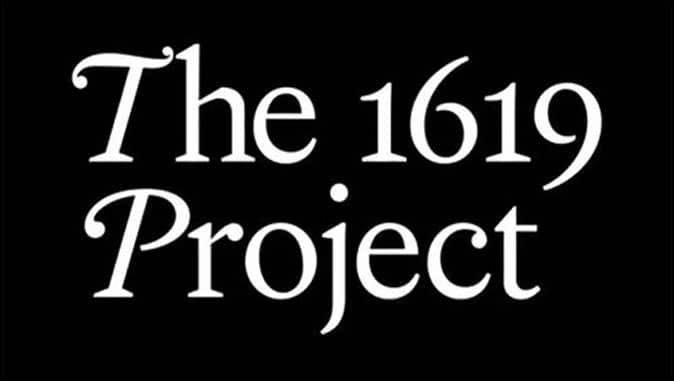 The Missing Half of the 1619 Project
How did the history of African slavery in the U.S. actually begin?
By Bill Warner

The New York Times published The 1619 Project by Nikole Hannah-Jones that says the Revolutionary War was fought to preserve slavery. Slavery made the U.S. wealthy. The US original sin was racism. Our culture is built on racism and is an unchangeable part of our society.

The 1619 Project is based on CRT, cultural Marxist critical race theory — only white racism matters and it is systemic in the U.S. It maintains that all blacks are victims (still slaves) and all white people are privileged oppressors (still masters). So there must be monetary and socialized atonement. This theory denigrates the black person as one who is unable to function without help from who? The rest of the world. The 1619 Project is a racist document.

Historians are finding many errors in the 1619 Project but the most glaring errors are what they are not finding — what is missing. The 1619 Project history of slavery in the U.S. doesn’t mention that the Native American tribes had slaves when the Europeans came. In fact, slavery was the custom throughout recorded history worldwide. Instead, we’re told that US history starts with the arrival of the first ships with slaves to our shores. But where exactly did these slaves come from?

The history of African slavery in the US began with US merchants purchasing them on the West Coast of Africa from Muslim slave dealers. Due to Islamic jihad, the slave pens were filled with Africans. Part of the jihad battle booty was taking the conquered people as slaves.

Now there was a reason that the slave traders were Muslim. According to Islamic doctrine, all believers must emulate the Islamic prophet Mohammed who traded slaves, wholesaled and retailed slaves, gave and received slaves as gifts. He had Arab slaves, black slaves, white slaves, Christian and Jewish slaves. He had sex slaves. Slavery is enshrined in Islamic doctrine and is still practiced today. But this part of the 1619 Project history is left out.

Nikole Hannah-Jones probably doesn’t know about the Islamic doctrine of slavery. Few black people do. I taught for years at a historically black university, and there was sensitivity to the history of slavery, but only slavery based on the evil white men on wooden ships on the west coast of Africa. The professors and the students knew almost nothing about the history of jihad and Islamic slavery around the world.

Ignorance of the history of Islamic slavery could be seen at a talk I went to hear by a freed slave, Francis Bok, at Vanderbilt University. Only a handful of Blacks attended.

Mohammed’s first action as a wholesale slave dealer came in 617 AD when he conquered the third and last Jewish tribe in Medina. Hundreds of male Jews were executed, the children adopted into Muslim families. The women were wholesaled and the money used to buy armor, swords and horses for jihad.

Muslims have been in the slave business a thousand years before 1619. So Nicole Hannah-Jones needs to write a new book: The 617 Project.

Is there any book written about the worldwide history of slavery? If not, it’s time for one. And it should include the bloody history of Islamic slavery of blacks, whites, Christians, Jews, Hindus, Buddhists and other religious adherents.

Slavery is an eternal part of the Islamic doctrine and still practiced by Muslims today.