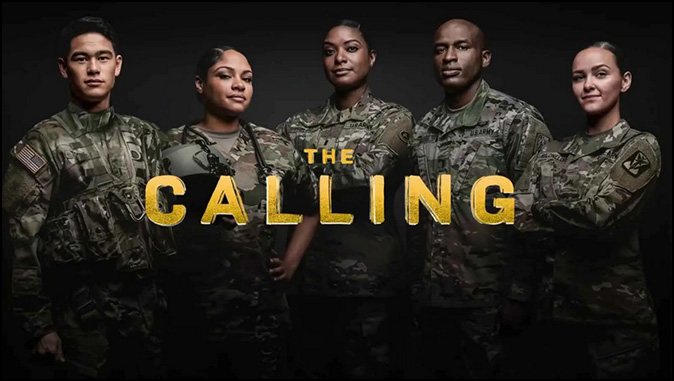 The military is facing the worst recruiting environment since the end of the Vietnam War.

The Army is at only 40% of its recruiting numbers for the fiscal year despite raising its maximum enlistment bonus from $40,000 to $50,000. It now offers new recruits up to $10,000 for showing up to basic training in 30 days. And is no longer even asking them for a high school diploma.

While the Army runs anime lesbian wedding ads, it’s pushing away the recruits it needs, young patriotic men from traditional backgrounds. When the Biden administration’s brass decided to mandate vaccinations, they automatically rejected the 60% of potential recruits who aren’t.

By Obama’s second term, male Army ROTC cadets were being forced to march in women’s high heels. Under Biden, that escalated to mandatory transgender pronoun training while figuring out living arrangements for men who suddenly decide that they’re really women.

The Army has stopped worrying about winning wars and is instead working to establish the “Army as a global leader in DEI”. That’s Diversity, Equity, and Inclusion. Obama’s Army Secretary Eric Fanning’s had already ordered mandatory implicit bias training for “soldiers and employees in senior leadership and management positions”. The Army is now preparing for the prospect of accommodating men in women’s housing and deploying HIV positive men.

While the Army brass complains that it can’t find recruits, even with gay wedding ads, transgender housing and HIV positive deployment, it’s been kicking out unvaccinated soldiers.

In February, it reported that commanders had “relieved a total of six Regular Army leaders, including two battalion commanders, and issued 3,073 general officer written reprimands to Soldiers for refusing the vaccination order.” As of June, 60,000 Army Reserve and National Guard soldiers are unvaccinated. That’s 12% of the Army Guard and 10% of the Army Reserve.

Instead of spending $684 million on recruitment, and a $4 billion 10 year contract with Omnicom, one of whose subsidiaries worked on the Biden campaign, the Army could try to stop actively alienating and firing the young men actually willing to fight and die on the battlefield.

And maybe then the Army might be able to stop lowering standards and issuing moral waivers for criminal records. Or forcibly extending the assignments of recruiters and making them work on federal holidays in the hopes of recruiting 60,000 active duty soldiers.

Polls like these provide obvious common sense guidelines as to whom to recruit. Instead the woke army, like the rest of the woke military, keeps trying to recruit the wokes who don’t want to fight for their country and don’t even think their country is worth fighting for.

While the Army is the most troubled of the military branches, the Air Force is 4,000 personnel underwater.

“We have warning lights flashing,” Maj. Gen. Ed Thomas warned. “Our ‘qualified and waiting’ list is about half of what it has been historically.”

Good thing the Air Force, like other branches, is screening recruits for “extremism” and the unvaccinated, and focused above all else on increasing its diversity quotas. The Air Force is less interested in recruiting in the South and bemoans the fact that 86% of Air Force aviators are white men. And those are exactly the people whom the Air Force brass no longer want.

“As Airmen in the U.S. Air Force, it’s our duty to acknowledge our biases whether we realize they exist or not,” airmen who are accused of being racist because they’re white are being told.

No wonder there are warning lights flashing in recruitment.

Navy recruiters are focused on the popularity of Top Gun Maverick to bring in new recruits. But the hit Tom Cruise movie has little relationship to the reality of a woke Air Force whose racialist brass are obsessed with critical race theory and whose planes don’t actually fly.

In the movie, the pilots fly F/A-18s and no one screams at them about their pronouns and their unconscious racial biases. Or their vaccination status. In real life, F/A-18E/F’s have a 51% mission capable rate. And the Navy’s woke leadership is focused on fighting “systemic racism:”

But the Navy, like the Army and other services, can’t buy its way out of a morale crisis.

The United States military is never going to win a bidding war against corporations. Amazon warehouse team members make more than starting recruits. And they’re generally less likely to die. The only real military recruiting edge is a patriotic commitment to defending your country.

Military recruiters blame a national manpower shortage and their advertising strategy follows the familiar one of corporations going woke, appealing to the perceived wokeness and narcissism of Gen Z. Major corporations are being roiled by the radical activists they have recruited this way who are demanding that corporate leaders adopt not only their values but their agenda. Or else.

The brass trying to dress up the military in woke colors to make it appear that it shares their values are writing a big blank check that no one, not even Gen. Milley, wants to cash.

The Obama and Biden administrations appointed brass who gutted the services and replaced patriotic and nationalistic values with woke virtue signaling and radical politics. Now they’re discovering that when jobs are going begging, no one wants to join a woke military.

Patriots don’t and wokes won’t either.

Wokes willing to die for a cause are a lot more likely to join riots than the military. Those who see the military as serving their cause are, like actual white supremacists, exactly the kinds of “dangerous extremists” who are just joining up to gain experience for domestic terrorism.

There is a solution to the recruiting crisis. It doesn’t involve spending hundreds of millions on ad campaigns or anime lesbian weddings. The place to start is with the reasons for serving.

In the aftermath of the disgraceful Afghanistan retreat and of a War on Terror that has been effaced by political correctness, military service appears more senseless to many than it did after Vietnam. And in a nation riven with division, the military has come to reflect those divisions, with its brass firmly putting their thumbs on the partisan scale and adopting the leftist ideas and woke cultural values that are hostile to the majority of the men under their command.

The military, like so many institutions, went woke, now it’s finding out that woke leads to broke.

Rebuilding morale begins with a renewed commitment to national values and patriotism, to serious warfighting and meritocratic striving, and to a culture built on teams, not racial divisions.

The David Horowitz Freedom Center’s pamphlets, “Disloyal: How the Military Brass is Betraying Our Country” and “How Obama and Biden Destroyed the Greatest Military the World Has Ever Seen” charted the shape of the crisis. Our military can be rebuilt, but it will take cleaning out the brass who were put in charge to dismantle it and transform it into another failed leftist operation.

And while the woke brass stay, the recruits stay away.