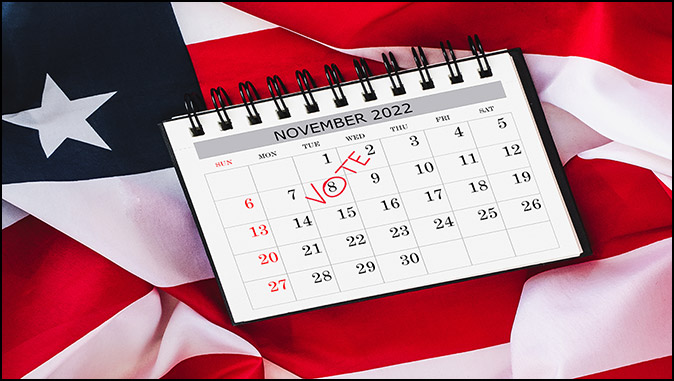 The Midterm Elections
By Todd Strandberg

The midterm elections have been an absolute disaster for the Republican Party. Based on historical milestones, many observers expected Republicans to make major gains in Congress, as Biden has struggled with low approval ratings and an electorate that has been frustrated by the direction of the country. In an average year, Republicans should have gained 20-30 House seats and 3-5 seats in the Senate.

But Democrats have so far defied conventional wisdom, with the party maintaining their Senate majority; control of the House has fallen to the Republicans by a very thin margin.

Senator Rick Scott last week called the 2022 midterm results a “complete disappointment” for the GOP. He said Republican voters failed to turn out on Election Day.

“I think we’ve got to reflect now. What didn’t happen?” said Scott. “I think we didn’t have enough of a positive message. We said everything about how bad the Biden agenda was. It’s bad, the Democrats are radical, but we have to have a plan of what we stand for.”

Inflation would have killed the Democrats in a normal year, but large numbers of voters went to the polls because of their support for abortion. This was their revenge for the Supreme Court striking down Row vs. Wade.

The election of John Fetterman in Pennsylvania was not just an embarrassment to the political system; it was an embarrassment to humanity. This guy is clearly unfit to hold public office. Because of his stroke, he is basically a puppet of his staff. They type out what he says in interviews and speeches.

Our government would be better if it was run by AI computers. Fetterman is not a unique problem. We have several people in Congress with major mental issues because of age. There needs to be an age limit. My old Republican senator, Chuck Grassley from Iowa, was first voted into office when I was a kid. Senator Dianne Feinstein is 89 and is said to have chronic mental problems.

Mitch McConnell is the worst on the Republican side. He doesn’t care one bit if he is the minority leader for the rest of his time in office. McConnell will sabotage fellow Republican Senate candidates over personal disputes. Blake Masters blamed McConnell for his loss in Arizona, saying that the top Republican should have directed more campaign spending his way to take on Sen. Mark Kelly (D).

I was very puzzled over why Satan had Hillary Clinton as the presidential nominee in 2016. In 2020 he had a guy who was far worse. When you are in the business of controlling minds, it appears it’s best to seek out the weakest minds. Satan now has a host of minions that have become pliable with age, or in the case of AOC and VP Harris, they were just born dumb.

There is something fishy about the vote count in Democratic states. As I’m writing, the election was six days ago, and 10 districts in California are still unresolved. One district has only counted 31% of the vote counted. Here in Arkansas, my second district has 99% of the votes counted. The lowest in the state is the first district, with 97%.

It is sad to see the cancer of blue sweeping over the political map. We are a long way from the time when Regan defeated Mondale and took every state but Minnesota. We are now near the point where it is just a given that the Democrats win it in every future presidential election. If we lose a state like Texas or Florida, we will turn into a one-party government.

When Lori Lightfoot was elected mayor of Chicago on April 2, 2019, I was shocked to read that no Republican bothered to run because they had no chance of winning. It was 12 Democrats running for the same job. Democratic party ideas move like cancer because they start in the big cities and then spread out into the suburbs. If you look at New York districts, most of them have the Democrats winning by a 70-80% margin.

Democrats have an advantage over Republicans because they learned that cash handouts buy votes. Two centuries ago, a somewhat obscure Scotsman named Tytler made this profound observation: “A democracy cannot exist as a permanent form of government. It can only exist until the majority discovers it can vote itself largess out of the public treasury.”

The Republicans lost control of the Senate in 2020 because they wanted to authorize a new stimulus package that would give $600 to the voters. The Democrats offered $900, and the voters took the higher bid. The Democrats will be the American people’s sugar daddy until our ballooning national debt drives us into bankruptcy. America is ultimately doomed because money eventually wins out over morality.

“If my people, which are called by my name, shall humble themselves, and pray, and seek my face, and turn from their wicked ways; then will I hear from heaven, and will forgive their sin, and will heal their land” – (2 Chronicles 7:14).