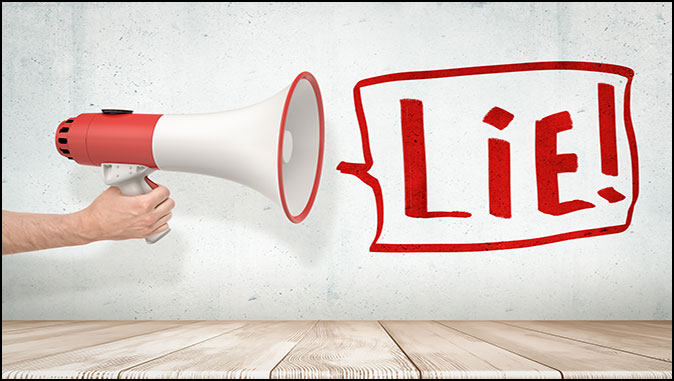 The Left’s Big Lie About Critical Race Theory
How Democrats bury the truth about CRT in public schools.
By Sara Dogan

In the recent governor’s race in Virginia, won handily by Republican candidate Glenn Youngkin, the debate over teaching Critical Race Theory in public schools played a crucial role. Parents concerned by the racially charged lessons being taught in their children’s classrooms rallied around Youngkin and his pledge to remove CRT from Virginia schools. Through it all, Democrats illogically maintained a bald-faced lie, claiming that CRT in public schools is a non-issue, that it simply doesn’t exist.

So what is the reality? Have conservatives across the nation really colluded fight a straw man?

The answer is obviously, no. Critical Race Theory is a real threat and it has increasingly been taught in public schools.

Critical Race Theory (CRT) is a radical revision of the Rev. Dr. Martin Luther King, Jr.’s dream that each American be judged “not by the color of their skin but by the content of their character.” While Dr. King and the leaders of the Civil Rights Movement of the 1960’s promoted “colorblindness,” CRT insists on the exact opposite view, teaching that our character, our beliefs, and our place in society is predetermined by our skin color. By this reckoning, Whites are deemed to be inherently racist, born into a framework of “white supremacy” which infiltrates all American institutions. By contrast, racial minorities, and especially Blacks are regarded as perpetual victims of the “white supremacist” society into which they were born.

Over the past several decades, this racist ideology has spread from the halls of academia to K-12 classrooms across our nation. The examples of CRT in our public schools are so numerous as to be overwhelming. Not My Idea: A Book About Whiteness (Ordinary Terrible Things) by author Anastasia Higginbotham, is a picture book for young children that depicts “whiteness” as a “bad deal” with a pointy-tailed devil in which those who possess it are rewarded with “stolen land,” “stolen riches” and “special favors” in exchange for their souls. Not My Idea is currently on reading lists in more than 30 school districts in 15 states across America.

Students in a Michigan high school English class were forced to read a lengthy essay on “white privilege” and then describe in writing how this concept applies to their own lives.

Middle school students in Ohio were asked to consider the race, profession, gender, religion and sexuality of various individuals and decide who is most deserving to survive an apocalypse on Earth.

And in Loudoun County, Virginia, where the movement to expose and halt CRT in public schools got its start, the local public school district chose to partner with the disreputable, far-left Southern Poverty Law Center (SPLC) to develop a new history curriculum which puts slavery and race at the center of American history. Loudoun County also paid $314,000 to the Equity Collaborative to coach teachers on how racism is “an inherent part of American civilization” and how “ideas of colorblindness, the neutrality of the law, incremental change, and equal opportunity for all” are facades for maintaining “whites’ power and strongholds within society.”

When pundits and politicians on the left claim that CRT is not being taught in public schools, they are playing word games. It is true that CRT began as an academic movement inspired by the work of legal scholars including Derrick Bell, Alan Freeman, Kimberlé Crenshaw, and others. But as with many other academic ideas including the concept of “microaggressions” or the demand for “safe spaces,” CRT did not stay confined to the ivory tower.

What Democracts like Terry McAuliffe mean when they say CRT is not taught in public schools is that kindergartners are not being forced to listen to lectures on legal theory. But they are being forced to learn the destructive and racist precepts which stem from that theory.

Claiming that CRT is not taught in public schools is like claiming that the theory of gravity isn’t taught in public schools, because grade schoolers aren’t sitting through lectures on the finer points of Einstein’s Theory of Relativity. The CRT that schoolchildren are exposed to is a dumbed-down version of the legal theory–and is all the more insidious for that reason because it is taught as absolute fact to children too young to offer resistance or debate.

By deliberately defining CRT so narrowly as to exclude any instruction outside of law schools, Democrats continue to maintain the ‘big lie’ that CRT indoctrination in public schools is a myth. As the recent Republican victories in Virginia and across the nation have proved, Americans are too smart to buy it.