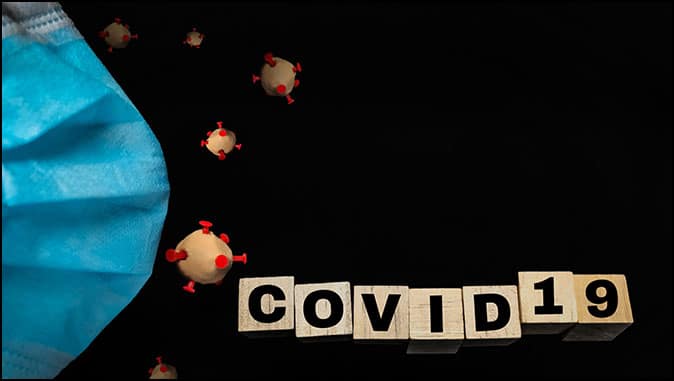 The Joey and Tony Show
The dynamics of white coat supremacy.
By Lloyd Billingsley

“There are emails you can find where he [Dr. Anthony Fauci] acknowledged the virus has been aerosolized,” contends Dr. Jay Bhattacharya, professor of medicine at Stanford, co-author of the Great Barrington Declaration, and an opponent of lockdowns. The cloth masks Dr. Fauci recommended, “they’re not particularly effective against aerosolized viruses” and Fauci’s “credibility is entirely shot,” a rather kind assessment, given the record.

At the outset of the pandemic, Dr. Fauci recommended no masks, then one mask, then two masks. He maintained that the COVID-19 virus could not have been engineered in a lab, then acknowledged the possibility of a lab leak before changing back to the natural origin theory within a matter of days. As the recent email dump reveals, Fauci was a mouthpiece for the message that any hint of a lab origin was a conspiracy theory.

Dr. Fauci has exposed himself as a combination of Trofim Lysenko and Arnold Stang. Yet, with calls ringing out for his dismissal, Joe Biden proclaims, “I’m very confident in Dr. Fauci.” That makes perfect sense, given the forces in play.

In Trump Derangement Syndrome (TDS), as Victor Davis Hanson explains, “everything Trump touched was ridiculed or discredited – regardless of evidence, data, or cogency.” Trump touted the efficacy of hydroxychloroquine, so the proven drug must be bad. Trump claimed the pandemic originated in Wuhan, so that had to be opposed, and so on. Long before the onset of TDS, a broader dynamic was in place.

The Dictatorship of the Subjunctive Mood (DSM) is the condition of permanent unreality that transformed the nation into a vast fact-free zone. Under DSM, for example, every institution must reflect the racial and ethnic proportions of society. Any variation can only be due to deliberate discrimination, and can only be relieved by government action in the form of quotas and preferences.

Under DSM, men and women are “undifferentiated,” and men who get tuck-and-roll jobs may compete in women’s sports in complete fairness. Any doubts can only be due to “transphobia,” and so forth.

Under the Dictatorship of the Subjunctive Mood, Sen. Elizabeth Warren, whiter than Frosty the Snowman, can become a “woman of color.” For most of her adult life, Warren claimed to be a Cherokee, and when that was proved false, she still ran for president. Likewise, when Richard Blumenthal’s claim of service in Vietnam is proved false, the senator feels no need to resign. Under DSM, fakery has no adverse consequences.

Under DSM, a candidate who tells African Americans they “ain’t black” if they don’t support him can escape charges of racism, even if one of his heroes was a high-profile Ku Klucker and his favorite colleagues hard-core segregationists. Under DSM, the establishment media will take seriously a candidate who describes the Chinese Communists as “not bad folks,” and “not competition for us.”

A ballpark figure for Joe Biden’s accomplishments in Congress is zero. So no surprise that the 2020 candidate openly touted the “most extensive and inclusive voter fraud organization in the history of American politics.” For someone like that, Anthony Fauci is the perfect choice

Anthony Fauci earned a medical degree in 1966 but his bio shows no advanced degrees in molecular biology or biochemistry. In 1968, to avoid serving in American military hospitals in Vietnam, Fauci took a cushy job with the National Institutes of Health as one of their “yellow berets.”

In 1984, Dr. Fauci became director of the National Institute of Allergy and Infectious Diseases (NIAID), a position for which he was unsuited, according to Kary Mullis, a 1993 Nobel prize winner for invention of the polymerase chain reaction (PCR). Fauci “doesn’t understand electron microscopy and he doesn’t understand medicine. He should not be in a position like he’s in,” said Mullis, who earned a PhD in biochemistry from UC Berkeley.

As Michael Fumento showed in The Myth of Heterosexual AIDS, Fauci was hopelessly wrong on the extent of AIDS in America. Even so, Fauci continued as head of NIAID, where he channeled U.S taxpayer dollars to the Wuhan Institute of Virology (WIV) which conducts gain-of-function research that makes viruses more deadly and transmissible.

Fauci makes decisions that affect the entire nation but never has to face the voters. When Fauci’s reign of error is most evident, and the damage he caused still mounting, Joe Biden proclaims he’s “very confident” in the NIAID boss. Trump had doubts about Fauci, so Fauci’s white coat supremacy regime must be extended.

President Trump also honored American veterans of the D-Day landings, the largest amphibious invasion in history and a turning point in World War II. This year, on the 77th anniversary, Joe Biden issued no statement on D-Day but did post a video about the 1921 race riot in Tulsa. For the Joey and Tony show, Trump Derangement Syndrome will be the rule moving forward.