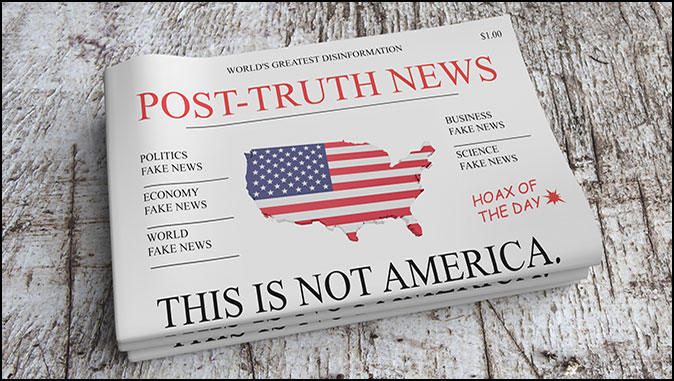 The Irony of American History and Russian Disinformation
By Chris Farrell

We have been subjected to four years of large parts of the US government shrieking about Russia and the threats posed by that country to the safety of our republic. How did so many miss their own serial treasons, in concert with the Soviet and Russian governments, dating back to 1917? Let us refresh our recollections of how so many Americans reframed history and disinformation. Some of the following may be “lost history” to you, but that is okay, because we definitely need some reminders before election day.

FDR himself personally schmoozed Soviet Commissar for Foreign Affairs Maxim Litvinov in the White House and acknowledged the USSR diplomatically for no US advantage whatsoever in November of 1933. When Litvinov returned to his embassy from the White House, he openly mocked FDR’s naïveté and gullibility to his staff.

FDR’s “co-president,” Kremlin-loving Harry Hopkins, has been airbrushed out of the history of the FDR White House. Hopkins went on to live in the FDR’s Lincoln Bedroom between May 1940 and December 1943 while running the entire Lend-Lease Program. Hopkins bellowed “All hail to the Russian people and their gallant army!” in Madison Square Garden on June 23, 1942, while promoting US war aid to the Soviet Union.

The usual rebuff to this sort of inconvenient historical observation is, “Oh, but that was when the Soviets were our allies!” If you are satisfied with that explanation, then I recommend reading Stan Evans, Diana West and Paul Kengor in order that you to get much-needed additional information and perspective.

How about when Ted Kennedy asked the Soviets to intervene in the 1984 elections? You may remember that Kennedy derisively coined the phrase “Star Wars” to mock Reagan’s “Strategic Defense Initiative” and aided the Soviet Union by opposing the program. Americans repeat “Star Wars” like parrots and do not even know why or how the term came to be associated with the program. Kennedy was not alone in his “Soviet friendship.” The FBI ran a program monitoring congressional contacts with the Soviet embassy for nearly 40 years, and they still will not release those records.

What about Barack Obama’s wooing and collusion with Medvedev on a “hot mic,” with a special message for Vladimir? Hillary Clinton conjured up the fake Trump-Russia scheme, and then paid political operative cut-outs and Russians to advance the story.

The Soviet Union and modern-day Russia are expert practitioners of deception, provocation, diversion, active measures, and double-agentry — all of the tools and techniques of disinformation. Deception and manipulation are the goals of the disinformation. False information itself is not enough. There is a desired outcome. Decisions must be affected. Changes made. People persuaded. Actions taken.

One hundred years ago, there was a cottage industry of forgeries peddled around the embassies, consulates, attaches and spies of European capitals. Some of the forgers were criminals looking to make a fortune, but most were Soviet agents sowing confusion. Letters, documents, reports, maps, diagrams, etc. — all forms of records, both physical and sometimes photographic reproductions that were used to tell a certain story to a certain audience. Books were also generated for deceptive purposes — writing and rewriting “facts” and “history” to serve on another front of the political war. It is really no different today. We have the “Steele dossier” and James Comey running around on his book tour(s). There really is “nothing new under the sun.”

We are supposed to believe that the life-long career “friends of Russia” are suddenly terrified by Russia. Someone should have told Bernie Sanders. This sudden alarm over Russia by its erstwhile admirers is similar to the “old switcheroo” many Democrats did on civil rights for Black Americans. Lincoln and the Republican abolitionists freed the slaves of the Confederacy from Democrats through a bloody civil war, suffering 600,000+ casualties. Many of today’s Democrats pretend Republicans were Alabama plantation owners. Half the Republicans agree, or do not understand the insidious lie.

Many switched party affiliation colors during the 2000 election. America now stupidly assigns Republicans the color of revolutionary, communist red. That was and is always the color of the Left. Hence “Red Army,” “Red Square,” etc. Republicans are too stupid and lazy to challenge it in the media and their own branding, so now a whole generation of Americans have been brainwashed and do not know any better. In fact, they are proud to be “Reds!” So sad.

One must also consider the “arguments” about the “evidence” of Russian disinformation. First off, we have unending “investigations” by various bodies and persons who are not qualified to investigate a price check at Walmart. Here, I speak of persons like Adam Schiff or the members and staff of the Senate Intelligence Committee.

Second, we have the “TV experts.” These folks are usually the former heads of the agencies and departments that are actually guilty of the subversion and sedition that got us to this point. Think of John Brennan giving his expert opinion on the innocence and honor of James Comey. When any of these characters (and paid CNN contributors) invokes Russian disinformation (usually quoting each other), you know they are lying. Period.

Of course, anyone who asks questions about any of the logical disconnects and fallacies of any alleged Russian disinformation campaign must be on Putin’s payroll. Ask a question? Sure “comrade,” go ahead!

It is terribly important to be reminded of all these things just a few days before the election. You should go to your polling place in-person and “vote angry.” You’ve been lied to — savagely — for nearly four years. Go ahead and take your electoral revenge.

Chris Farrell is a former counterintelligence case officer. For the past 20 years, he has served as the Director of Investigations & Research for Judicial Watch. The views expressed are the author’s alone, and not necessarily those of Judicial Watch.