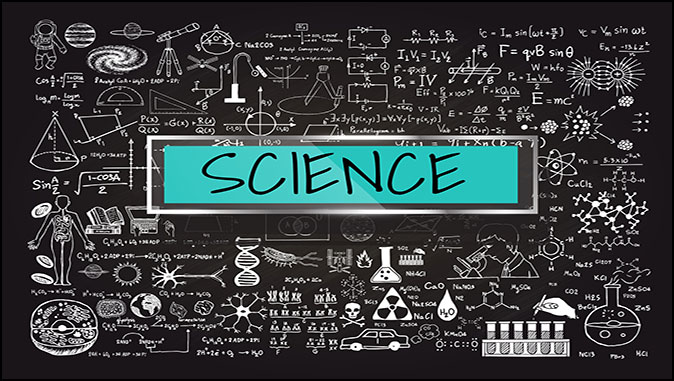 The Higher Superstition
The fallacy that lies behind “follow the science” fundamentalism.
By Bruce Thornton

More and more frequently we so-called advanced moderns believe things to be true that an illiterate farmer in 1800 would have known to be false. As every year passes, the self-proclaimed progressive “brights”–– those who “follow the science” rigorously, they claim, when making and supporting public policies–– endorse as proven facts beliefs and policies that are driven by ideological or venal self-interest rather than truth.

If they continue, the consequences will be the bankruptcy of our culture, economy, and political freedom.

Take this statement from CNN, a loud champion of “science”: “It is not possible to know a person’s ‘gender identity’ at birth, and there is no consensus criteria for assigning sex at birth.” Such a statement back in 1800 would have been dismissed as the ravings of a crank or the sales-pitch for some patent snake-oil. The sex of a child, with the exception of some rare birth defects, is obvious at the moment of birth, both empirically and by medical science.

But the current fad of believing that transient psychological states are what create sex identity has led to harmful outcomes, from the physical and psychological trauma caused by hormone therapy and physical mutilation, to the impact on female athletes that follows from allowing biological males to compete against females, to the risks to women from admitting biological males into homeless or battered women shelters, or public rest-rooms and school showers.

Our economy is hostage to the same fetishizing of “science,” leading to dubious economic proposals that ignore the real science of mathematics. The first problem is thinking that economics is a science, rather than a species of philosophy that uses numerical data in its theoretical and speculative research. Any discipline that takes into account human behavior cannot be a true science able to correctly predict similar outcomes from the same methods and evidence.

But math is pretty reliable, though of course vulnerable to incomplete or manipulated data. And math tells us that our metastasizing debt, deficit, and entitlements problem, coupled with growing longevity that multiplies the number of old people receiving Medicare and Social Security benefits, is leading to a disaster. This problem has been obvious for decades.

So what do we do? In one year we budgeted $5.2 trillion we don’t have, and so have to create ex nihilo or borrow, effectively mortgaging our children’s and grandchildren’s futures. But that’s not all: the Biden consortium is proposing to create $2.5 trillion more debt, the first down payment on an “infrastructure stimulus” package––D.C.-speak for handouts to political clients, panhandlers, and grifters. The Biden crew is also working on skimming even more trillions from corporations and the “rich who don’t pay their fair share,” reducing the money available to the market for investment and growth.

But don’t worry, now economic scientists have given us “Modern Monetary Theory.” In its vulgar version––the one politicians can understand––the theory asserts that the U.S., as the global currency, can spend freely since everybody prefers to buy our debt, and interest rates will remain low. And if we’re still short of funds, the Federal Reserve can just tap a computer key and make more. Inflation? We’ll worry about that iceberg when we get to it.

Our farmer from 1800 would know better. If you continually spend more than you earn, and continually borrow to make up the difference, eventually you’ll go bankrupt––“gradually, then all at once,” as a Hemingway character says. With debt now greater than our national income, and nearly half of annual budgets already financed with loans, we’re quickly approaching the “all at once” moment.

Finally, the great example of the abuse and limits of scientific authority is the hysterical and contradictory pronouncement of credentialed experts about the Covid pandemic. Politics, an unwillingness to confess ignorance, and a fear of not being proactive enough, rather than science, determined policies like wearing masks and, more costly both now and in the future, lockdowns. The consequences, as the Wall Street Journal’s James Freeman summarizes, have been devastating to many more people than just the dead: “$4.5 trillion of new federal debt . . . following a 29% surge in commercial bankruptcy filings, a rash of delayed non-Covid medical treatments, a lost year of classroom instruction for many students who will never get it back, and skyrocketing health claims related to self-harm among adolescents—especially in jurisdictions that maintained harsh lockdowns.”

You don’t have to be a rocket-scientist or even literate to know that decisions of such magnitude and cost need a rigorous cost-benefit analysis. Instead, those who “follow the science” either panicked or made a different sort of calculation: What benefits my career and faction politically?

Why do people so presumably well-educated and guided by science make such blunders? It’s not as though we don’t have the record of history to chasten our arrogance. We have plenty of object- lessons from the past that demonstrate the dangers of using science to disguise irrational ideological aims in the quantitative data and polysyllabic jargon of science.

One of the most consequential was the eugenics movement and “scientific” racism. This was the very unscientific idea that Darwinian natural selection, the improvement of species’ ability to survive by means of random mutations, could be controlled by humans in order to protect against, as Theodore Roosevelt liked to say, “race suicide,” the degradation of the higher “races” by interbreeding with the lower.

And by “races” eugenicists meant not just Caucasian or Black or Asian, but ethnic groups and nationalities like Italians, Hungarians, Bohemians, Russians, Armenians, Slavs, Turks, and Arabs, along with any other group that was not as economically, educationally, or scientifically advanced as the Anglo-Saxon, Nordic, Teutonic, or Normans who were considered the ancestors of the American Übermenschen. They also included in the lower races “white trash” and others who through feckless breeding replicated cognitive deficits, alcoholism, shiftless habits, or criminal tendencies. These eugenic ideas were institutionalized in our most prestigious universities, and accepted by the cognitive elite as “settled science,” scientific truths that only the uneducated, stupid, or religious dogmatists would reject.

Worse, politicians “followed the science” and started programs of compulsory sterilization to start stemming the tide of dysgenic practice. Those objecting were short-sighted sentimentalists who did not recognize the threat to the cognitive elite, and thus endangered the integrity and excellence of the American civilization their elite ancestors had created. On this score they had the authority of Charles Darwin himself, who wrote in The Descent of Man that because of unscientific humanitarian naiveté, “the weak members of civilized societies propagate their kind. No one who has attended to the breeding of domestic animals will doubt that this must be highly injurious to the race of man.”

Indeed, he prophetically predicted, “At some future period…the civilized races of man will almost certainly exterminate, and replace, the savage races throughout the world.”

And here we reach the biggest fallacy that lies behind scientific fundamentalism, the obeisance to “science” as purveyor of absolute truth, and the slandering of those who question or dissent from this authority as ignorant or evil. We all remember how virulently the “woke” establishment accused governors like Florida’s Ron DeSantis or Texas’ Greg Abbott as having “blood on their hands” for unlocking their states––despite the abundance of international scientific evidence that lockdowns did not improve outcomes, but did inflict long-term costs like “deaths of despair.”

Yet a few days ago, as Freeman reports, “government disease experts Dr. Anthony Fauci and Dr. Rochelle Walensky reasonably and responsibly urged Americans to get vaccinated and to take care in avoiding infection. But they also went beyond reasonable admonitions, fearfully encouraging continued restrictions by state governments without even addressing the pros and cons, as if lockdowns have been proven to work and have no negative impact on public health.” No research science stood behind their advice, nor any recognition of the collateral damage some of which Freeman catalogs above. But Dr. Walensky did confess to a “recurring feeling I have of impending doom.”

Much of what we call science today and call on as a definitive authority does not meet the standards of real science. It increasingly looks like the higher superstition––ideologies and opinions that gratify our pretensions to superiority over all who disagree with us. What we need more of is the practical wisdom and common sense possessed by an illiterate successful farmer in 1800.