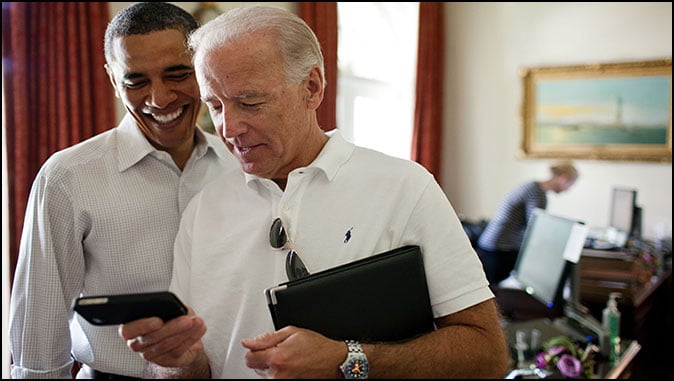 ‘The Great O’Biden Depression’ is Here, and It’s Planned and Purposeful
Here’s how we fight back.
By Wayne Allyn Root

First, I want to explain the disaster happening right now in front of all of our eyes. Then I will present a solution. Everyone talks; it’s time for action. I have the plan.

Everything I’ve predicted has come to pass. Back on Oct. 30, 2016, in my opening speech for then-candidate Donald J. Trump’s last Las Vegas rally before the election, I told the crowd of 15,000-plus that a Trump victory was our last chance to save America.

I told the crowd that if Hillary Clinton were to be elected, it would be Obama’s third term. It would be the end of America. She would finish off America with Obama’s plan. It was a plan I learned at Columbia University, class of ’83, with my classmate, former President Barack Obama. The plan was called Cloward-Piven.

The Cloward-Piven strategy was to overwhelm the U.S. economy with welfare and debt, causing the economy to collapse, bankrupting the business owners, making the middle class jobless, and causing everyone to panic and beg big government to save them. That would open the door for socialism.

I predicted the main tool to do this would be opening the borders to let the whole world in, give them all cradle-to-grave welfare checks, free health care and free education (all paid by the great American middle class), and as a bonus, turn these millions of people here illegally into Democrat voters.

I also predicted Hillary and Democrats would use massive tax increases; draconian increases in government regulations; the green energy boondoggle that would waste billions of dollars and kill middle-class jobs; expand Obamacare to triple health care bills for the middle class; destroy the justice system to allow violent criminals to roam free while the corrupt DOJ and “woke” district attorneys funded by George Soros persecuted conservatives.

That was the Cloward-Piven plan that Obama and I learned at Columbia. That would have been the third term of Obama. But a funny thing happened in 2016: Trump was elected president. Hillary never got a chance to carry out Obama’s plan.

Recognize all of that? It’s all happening today under the “O’Biden administration.” That’s the deadly combo of Biden as the brain-dead dummy, and Obama as the ventriloquist.

Have you seen the latest GDP (economic growth number)? We had NEGATIVE 1.4% growth. But that’s only the tip of the iceberg. We are experiencing massive hyperinflation. Economic experts that I trust say the real inflation number is 20% or higher.

The real destruction to the economy and the middle class is -1.4% GDP plus 20% inflation. Add it up. That means the average American is experiencing a -21.4% economic decline.

This is “the Great O’Biden Depression.”

What’s the solution? When I wrote the bestselling book, “The Great Patriot Protest & Boycott Book,” my intent was to teach conservatives to practice “civil disobedience” by boycotting the biggest companies in America who support these woke, destructive, insane, Marxist politicians and policies. Without their money and support, Democrats could not pursue these radical policies.

If we all stopped spending with these companies, I predicted we could bring them to their knees. So, in my book, I listed the names of the CEOs and boards of directors, phone numbers, emails, physical addresses and social media addresses for 116 woke companies — including Disney and Netflix.

Disney has since lost $60 billion in stock value. Netflix has lost tens of billions in stock value. Both companies are listed prominently in my book. We did it. #BULLSEYE

But now I have an updated plan. It’s time to DOUBLE DOWN.

Don’t just boycott their products. It’s the perfect time to boycott their stocks. The middle class has enormous power. The middle class has IRAs, SEP IRAs, other retirement accounts and pension plans. We control trillions of dollars on Wall Street. My plan is simple: Sell off the stock in your retirement account of all the woke companies listed in my book or demand the managers of your pension fund do the same. The woke stocks will plummet.

We shall see who gets the last laugh.