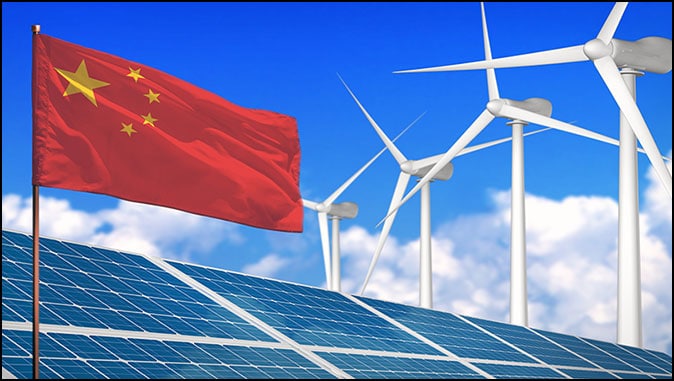 “The Middle East has oil, China has rare earths”, Deng Xiaoping said in 1992. Nearly three decades later, the world is almost completely dependent on China for rare earth materials. They constitute key elements in large swaths of modern technology from consumer electronics to military equipment and green technology: Mobile phones, computers, fighter jets, guided missiles, solar panels, wind turbines and electric vehicles, among others. While demand is soaring, China is virtually their worldwide exclusive producer. “To extend Mr Deng’s comparison, it is as if the Middle East not only sat on most of the world’s oil but also, almost exclusively, refined it and then made products out of it,” wrote The Economist in 2019.

“NATO’s import dependency on China’s rare earths is nearly 100 percent,” according to a 2020 NATO report on energy security. An US Navy Virginia-class submarine, for instance, requires about four tons of rare earth materials, an Arleigh Burke-class destroyer more than two tons, and an F-35 fighter jet more than 400 kilograms.

“China mines over 70% of the world’s rare earths,” noted Alistair MacDonald in the Wall Street Journal, “and is responsible for 90% of the complex process of turning them into magnets.”

It was not always like that. “Up until 1980, 99 percent of the world’s heavy REs [Rare Earths] were a byproduct of U.S. mining operations for titanium, zircon, and phosphate. In fact, it was only because of changes in U.S. regulations, the voluntary transfer of expertise and intellectual property, and the absence of an industrial policy that China has been able to corner this market,” wrote Foreign Policy in October 2020.

It is not that rare earth materials do not exist outside of China, although it sits on the largest quantity: approximately 30-40% of all known rare earth deposits. Rather, extracting the materials is a difficult and highly polluting process that China was willing to take on. According to the Danish Institute for International Studies:

“China today has the expertise, IP rights and production facilities, as well as its own REE- [rare earth elements] consuming industries. China also manufactures a significant and growing share of goods containing REEs, making it practically impossible for competing companies outside China to get a foothold.”

China’s de facto monopoly forms an acute problem: international reliance on them could hamper vital industries and national security at a time of maximum competition between China and the US. In February, the Financial Times reported that China was looking into export curbs on rare earth materials that are key to the US defense industry, such as the F-35. “The government wants to know if the US may have trouble making F-35 fighter jets if China imposes an export ban,” a Chinese government adviser told the Financial Times. “Industry executives added that Beijing wanted to better understand how quickly the US could secure alternative sources of rare earths and increase its own production capacity.” In 2010, following a dispute over Japan’s detention of a Chinese fishing trawler captain, China blocked rare earth material exports to Japan.

China has classified its rare earth materials industry as strategic and seems intent on maintaining its edge. “China has locked up resources even beyond its borders, buying mining rights in Africa and South America and solar manufacturers in Malaysia,” Politico reported in January. China has also been looking northwards, to the Arctic. Greenland, for instance, is believed to hold the world’s largest undeveloped deposits of rare earth materials, and China has invested in rare earth mining in Greenland, known as the Kvanefjeld project, through a China-backed Australian company, Greenland Minerals. On April 16, however, after elections that were de facto a referendum on the Chinese plans to mine not just for rare earth materials, but also for uranium, a new Greenland government came to power, which vowed that it “will do everything we can to stop the Kvanefjeld project.”

Greenland’s new government may impact not only China’s hopes for mining there, but also those of other countries hoping to break free of the rare earth dependency on China. The London-based Polar Research and Policy Initiative recommended in March that the “Five Eyes” alliance, an intelligence-sharing group comprised of Australia, Britain, Canada, New Zealand and the United States, set its sights on Greenland’s rare earths. “Greenland’s vast critical minerals reserves and the sheer number of British, Canadian and Australian companies operating in Greenland make it a new frontier for Five Eyes,” the report said.

The reliance on Chinese rare earth materials has come even more into focus recently because of US President Joe Biden’s new infrastructure plan, which includes the building of clean energy infrastructure to reduce carbon emissions. The purpose is apparently to shift the US from the use of fossil fuels and instead grow the amount of solar, wind and other renewable energy used to power American homes, businesses and factories. Another of Biden’s proposals is to spend $174 billion to boost the electric vehicle market and shift away from gas-powered cars.

Wind turbines, solar panels and electric vehicles all rely on rare earth materials and China has a head start that can be measured in decades when it comes to producing the various products of which they form a crucial part: More than 60% of the world’s solar panels, for example, are made in China. Forty-five percent of the global supply of solar-grade polysilicon, the base material used in solar cells, is made in China. There is also a human rights aspect to the issue: Polysilicon is produced in Xinjiang, where China is accused of using forced labor in the production chains, because — ironically — heat above 1,000 degrees Celsius is required to make the material, and Xinjiang has an abundance of cheap coal power. “It will cost us more than the Chinese to produce solar cells,” said Tom Duesterberg, a former Commerce Department assistant secretary under President George H.W. Bush. “We could agree to pay that price, but it will be more expensive and take a long time. If tensions get bad with China, they’ve proven in the past that they are willing to cut off supplies.”

Even though Biden’s plan offers subsidies to automakers to get them to build electric vehicles and batteries in the United States, China is by far the world’s largest producer of electric vehicles. According to Statista:

“China is projected to produce around 13 million battery electric vehicles (BEV) and plug-in hybrid electric vehicles (PHEV) by 2023, more than any other nation in the world. China’s estimated production level is also anticipated to exceed the combined output of other large markets, including the United States, Germany, and Japan.”

The issue is critical, especially because China has such a tremendous edge in the rare earths market already. “For these minerals to go from a hole in the ground to an electric motor, you need vast skills and expertise, which barely exist out of China,” Constantine Karayannopoulos, chief executive of Neo Performance Materials ULC, one of a few Western companies able to process rare earths and make magnets told the Wall Street Journal. “Many producers will find it difficult to compete head-to-head against China on price without some level of ongoing government assistance.”

“It will take two decades or tens and tens of billions of dollars [for the West] to get even close to China”, said Pini Althaus, chief executive of USA Rare Earth LLC.