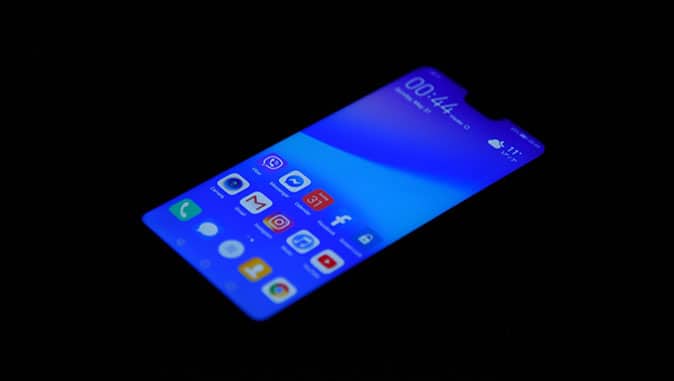 Thanks to Trump, China’s Huawei Is Dying
By Gordon G. Chang

By cutting off the supply of semiconductors, the Trump administration is severely undermining the viability of China’s Huawei Technologies, currently the world’s leading manufacturer of both telecom networking gear and smartphones.

And as goes Huawei, so goes China’s ambitions of dominating global communications.

Washington has accused Huawei of persistent theft of U.S. intellectual property. In addition, the current administration believes the company poses a national security threat because Beijing uses its equipment to surreptitiously take data flowing through its servers and other networking gear.

At the beginning of this year, it was a sure bet that the Shenzhen-based Huawei, already in more than 170 countries, would dominate 5G, the fifth generation of wireless communications, for years.

Huawei, which says it is employee-owned but is in reality in the hands of the Chinese state, is one of China’s “national champions,” and it had 5G covered at both ends. The company has maintained its lead as the world’s No. 1 maker of networking gear, a crown it has worn for years. Furthermore, in the second quarter of this year, according to industry trackers Canalys and IDC, it had leapt past South Korea’s Samsung to become the leading manufacturer of smartphones.

The company, however, is unlikely to sustain its lead in either area. At the moment, its most immediate problem is that it is running out of chips, necessary for both lines of products.

Thank the current U.S. administration for Huawei’s semiconductor shortage. The U.S. Commerce Department, effective May 16 of last year, added Huawei to its Entity List. The designation means that no American company, without prior approval from the Bureau of Industry and Security, is allowed to sell or license to Huawei products and technology covered by the U.S. Export Administration Regulations.

Since then, the Trump administration has issued waivers from the designation, but now it is tightening the rules and at the same time issuing new ones. The result is that chip companies are not supplying semiconductors to Huawei.

Not only U.S. companies have been affected by the ban. The Commerce Department in May extended its rules to require foreign businesses to receive an export license before selling to Huawei, or designated subsidiaries such as HiSilicon, chips made with U.S. equipment.

The wide-ranging prohibition has forced Asian producers such as Samsung and SK Hynix to cut off Huawei. Most significantly, TSMC, formally known as Taiwan Semiconductor Manufacturing Co., is no longer making the Huawei-designed Kirin chipset. The U.S. rules are so comprehensive that even Semiconductor Manufacturing International Corp., China’s largest chip foundry, is no longer accepting orders from Huawei.

Industry analysts believe Huawei will run through its chip inventory for phones sometime in the middle of next year. Others say earlier.

Sales estimates reflect the exhaustion of inventory. Huawei has estimated it will ship 50 million handsets next year. That is down from both the 190 million sets analysts had originally predicted for the year and the 240 million sets it sold last year.

The shortage for Huawei’s other line of business—5G networking kit—is not as severe. The company, in anticipation of a cut-off of supplies, has stored enough chips “for several years” according to one report.

Can Huawei save itself by producing its own chips? China at the beginning of this year made 16.3% of its chip requirement, according to Brandon Weichert of The Weichert Report. Some estimates are higher. Eventually, the percentage will increase, due in large part to the Made in China 2025 initiative and related efforts such as the 14th Five-Year Plan, which begins next year. Beijing, Claude Barfield of the American Enterprise Institute points out, is “hell-bent” on developing its own semiconductor industry.

Weichert thinks it would take China no more than two years to develop a “reliable indigenous semiconductor capacity.” Huawei’s founder Ren Zhengfei suggests a bit longer. In August of last year, he wrote that in the next three to five years he will create an “invincible iron army” to counter U.S. sanctions. Ren also referred to the company as facing a “live-or-die moment.”

To build Ren’s “army,” Huawei, with its Habo Investments subsidiary, has gone into the business of making chips. Its effort, however, appears to be too late to rescue it from its current jam. Habo will not be able to turn out chipsets for years. In the meantime, Huawei will have to scrounge the world for product.

“Do not count Huawei out,” Weichert told Gatestone this month. “The company is viewed by Beijing as an essential component of its national push to dominate technology, and the Chinese party-state will beg, borrow, and steal to keep Huawei competitive in the global tech war.”

China is vulnerable now, but it is working to insulate itself from American rules. There is, consequently, a limited window to defang Huawei. November 3 could be a “life or death” day for the Chinese giant.

Vice President Biden may say he will be tougher on China than President Trump, but his supporters have signaled that he will not. Max Baucus, who served as ambassador to China in the Obama years, predicted that, with a Biden win, there would be a “reset” in U.S.-China relations. “You will see a president who will engage in quiet diplomacy,” he told CNBC’s Squawk Box Asia on October 8.

Moreover, Jake Sullivan, a senior Biden advisor, has made it clear that the U.S. “should put less focus on trying to slow China down and more emphasis on trying to run faster ourselves.” That is 2020-speak for “we should allow Beijing to do whatever it wants.”

China’s leaders are therefore looking for a return to China-friendly policies with Biden. “I think there will be some improvements made in other areas, such as pardoning companies that are crucial to us from targeted U.S. sanctions,” said Li Yi of the Shanghai Academy of Social Studies, referring to Trump’s prohibitions on chip sales, to Hong Kong’s South China Morning Post.

So, expect chip companies to lobby a President Biden to restart the flow of chips to Huawei Technologies. The sound of a pen gliding over the signature line on a waiver is music to the ears of one Shenzhen-based threat to the United States—as well as its masters in Beijing.