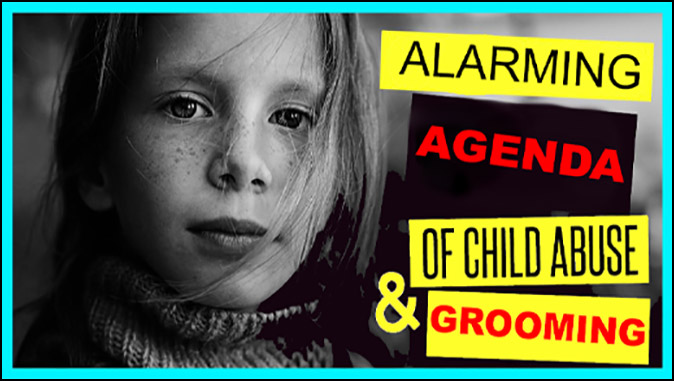 State “education” authorities in Michigan are under fire nationwide after getting caught red-handed encouraging teachers to, among other absurdities and crimes, “transition” children to new “genders” without the consent or even knowledge of their parents. The trainings are almost too outrageous to believe, and yet officials are publicly defending it all.

The growing scandal, which was first exposed by prominent anti-woke activist Christopher Rufo with the Manhattan Institute, has government “school” officials scrambling to perform damage control. But parental outrage over the abuse is growing nationwide as even liberal-media polls show the public has overwhelmingly turned against this sort of brainwashing in school.

The Michigan Department of Education program in question urges government-school “educators” to “facilitate the sexual transition of minors without parental consent,” as Rufo put it in his exposé posted on social media. The trainers also claim the notion that gender is “binary” is a “system of oppression” created by the West that must be dismantled.

There is proof, too, as documents and footage emerge. One leaked training video for teachers features a self-styled “Black, masculine-identified, cisgendered lesbian baby boomer” instructor named “Amorie Robinson.” During the training session, she urges teachers to familiarize themselves with the “terminology” such as “gender fluid,” “gender queer,” or “gender non-conforming.”

According to Robinson, children may “identify” as “asexual, lesbian, straight, gay, bisexual, queer, questioning, demisexual, demiromantic, aromantic, and skoliosexual.” Teachers should “Google on those” because “we ain’t got time today” to examine all the sexual and gender “identities” children might adopt, she said.

Another trainer urges teachers to hide children’s sexual and gender “identities” from parents, even if discussing the child’s desire to commit suicide. “I would one-thousand percent recommend working with the student to let them guide that process,” says the trainer, Phillips-Knope, after recommending teachers refer to children as “earthlings” instead of boys and girls.

When it became a toxic political hot-potato when blasted by GOP gubernatorial candidate Tudor Dixon, even far-left Democratic Governor Gretchen Whitmer was forced to condemn it. Her office sent a mild rebuke to the Department of Education and urged it to “review your trainings to ensure they comply with all applicable regulations, maintain department guidelines, and are reflective of best practices.”

In an op-ed published by establishment propaganda organs, Michigan Superintendent of Public Schools Michael Rice defended the abusive “trainings.” In fact, he referred to them as “professional development” to “build the capacity of educators to provide safe, supportive, and inclusive school climates where all students can thrive — especially students who identify as LGBTQ+.”

“Our local educators and support staff care deeply about their students and seek to better understand how to reach students and help them feel accepted, safe, and supported,” Rice continued, adding that anyone who calls out the madness is attempting to “bully” school staff. “Children deserve safe and inclusive environments to minimize their fears and anxieties.”

After falsely denying that teachers were taught to keep parents in the dark, Rice went on to admit that it’s true — but it’s “for the children,” supposedly. “In a situation in which the student is concerned about abuse, neglect, or homelessness if parents are told, educators may be cautious about sharing issues of sexual orientation and gender identity with parents,” he said.

Teachers “have a responsibility not to put children in harm’s way, even inadvertently,” Rice continued, as if government was now in charge of protecting children from their own parents and families—the very people who love them more than anyone else on the planet. “Such decisions are not made lightly and are ultimately about safeguarding the health, safety, and wellbeing of students.”

This is a similar attitude to the one adopted by the Biden administration. As The Newman Report documented earlier this year, the U.S. departments of Justice, Education, and Health and Human Services released a video encouraging children to file federal complaints against their own families and communities if they were not “affirmed” in their chosen sexual proclivities or gender fantasies.

This is collective madness — and it is beyond evil. Adults must stop encouraging and normalizing the madness, for the same reason it would be irresponsible to talk to a schizophrenic’s imaginary friends or encourage an anorexic girl to have liposuction. This dangerous abuse of children should be prosecuted. But as has always been the case, the only true protector of a child will be his or her parents.