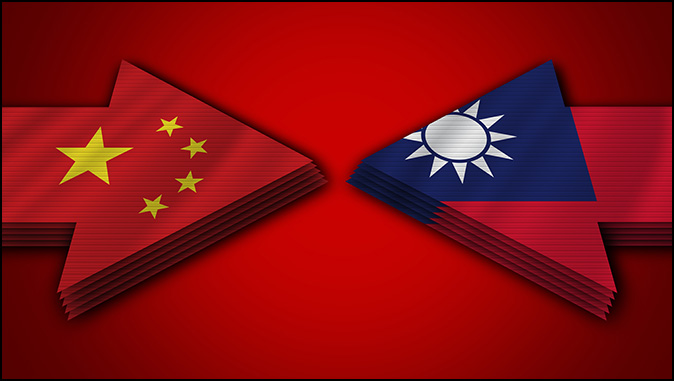 Taiwan’s Message for China: We Have a Nuke-Like Weapon
By Gordon G. Chang

On June 21, China’s People’s Daily reported that the United States and Taiwan were about to participate in the annual Monterey Talks. The U.S. side, China’s most authoritative publication stated, was expected to offer 20 types of weapons for sale to Taiwan, “with emphasis on building ‘asymmetric capability.'”

Taiwan, which the People’s Republic of China claims as its 34th province, already has asymmetric capabilities, and one of them could be as powerful as a nuclear weapon.

Beijing maintains that Taiwan cannot defend itself. “Military expert Song Zhongping said it is impossible for Taiwan to form ‘asymmetric capabilities,’ no matter what kind of weapons it purchases from the U.S. as the gap between the military capacities of the two sides is ‘too huge,'” People’s Daily, a Communist Party newspaper, reported.

Taiwan is “daydreaming” if it thinks it can contain the People’s Liberation Army, according to the newspaper. Why? “Asymmetric weapons are ‘useless’ when facing the PLA’s absolute advantages.”

The People’s Daily report followed an unusual exchange of words between a Taiwan legislator and a Chinese official. “Taiwan of course would never invade China,” said You Si-kun, the president of Taiwan’s Legislative Yuan, on June 12 at a virtual event. “Nor would Taiwan actively strike Beijing or the Three Gorges Dam.”

“Before China attacks Taiwan,” You warned, “it must consider Taiwan’s existing capacity to strike Beijing.” “China,” he said, “should think twice.”

China’s Taiwan Affairs Office, through spokesperson Ma Xiaoguang, replied with a poetic image. “If they dare strike a stone with an egg, it will only accelerate their demise.”

At least one of Taiwan’s “eggs” can kill tens of millions of Chinese, perhaps more.

The range of Taiwan’s Yun Feng cruise missile has never been publicly confirmed, but analysts believe it to be about 1,240 miles, sufficient to reach both the Chinese capital and the Three Gorges Dam, the world’s largest flood-control structure.

China’s dam creates a reservoir of 39.3 billion cubic meters of water on the Yangtze River and is upstream from about 400 million people. Almost 30% of China’s population, therefore, is at risk of a catastrophic failure of the structure, such as one caused by a missile strike. That means Taiwan possesses a conventional weapon that packs the wallop of a nuclear one.

When it comes to deterrence, however, quantity counts. “China now has significant superiority over Taiwan in terms of total combat aircraft and warships,” Richard Fisher of the International Assessment and Strategy Center told Gatestone. “The People’s Liberation Army can call on thousands of civilian barges and about 4,000 Boeing and Airbus airliners to transport the bulk of its invasion and occupation force to Taiwan.”

Therefore, Taiwan, to deter China, needs thousands of missiles, perhaps tens of thousands of them. Taiwan’s Yun Feng production rate has never been publicly confirmed, but it is clear that the island republic does not now possess a sufficient number of them.

The United States should have been actively encouraging Taiwan to develop missiles two decades ago, but it did not. The Obama administration even “tried to actively discourage Taiwan from acquiring such missiles,” Fisher told John Batchelor’s “CBS Eye on the World” radio program on the 21st of this month.

Now, the United States needs to help Taiwan improve the speed and range of its missiles and, of course, increase the number of them.

Moreover, Taiwan needs to ensure that China cannot destroy its Yun Feng missiles in an initial attack. Some of Taiwan’s missiles are on vulnerable fixed launchers but most of them are on mobile ones, Fisher told Gatestone.

The Chinese planes followed a track through international airspace, but the June 21 flight is nonetheless considered hostile. These air-zone provocations have become continuous in recent months and follow a far more serious act. On February 5, China flew one of its aircraft directly over one of Taiwan’s outlying islands, a blatant violation of sovereign airspace.

“The campaign of intimidation is only going to become larger and bolder,” Fisher told Gatestone, before the June 21 incursion.

Up to now, the United States has tried to manage the situation across the Taiwan Strait by not angering China. The American policy has in fact prevented an invasion, but it worked in a generally benign period and that benign period has clearly passed.

Now, China’s regime looks as if it wants to go to war. The harsh remarks of China’s Defense Minister, General Wei Fenghe, at the Shangri-La Dialogue in Singapore this month, are a clear warning of hostile intent.

China has targets, and Taiwan has missiles. That translates into deterrence if Taiwan makes it clear that, in the defense of its sovereignty, it is prepared to take Chinese lives in the hundreds of millions.

Warnings of this kind kept the peace in Europe during the Cold War, despite the Soviet Union’s overwhelming conventional military advantage over Western European nations.

For decades, Taiwan politicians were reluctant to talk about their island’s ability to kill Chinese people in great numbers. Now, they obviously think they must speak out, and forcefully. Making threats of inflicting mass casualties is perhaps the last lever Taiwan has to keep the peace in East Asia.

Yes, we are that close to war.