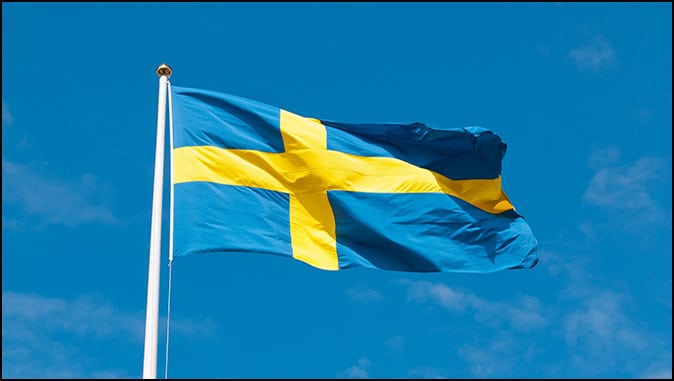 Sweden’s Unequal Hospitality
Millions to Muslim men, not a cent to Ukrainian women.
By Bruce Bawer

Bruce Bawer is a Shillman Fellow at the David Horowitz Freedom Center.

Question: What’s scarier for Ukrainians at present than being in Ukraine? Answer: Being in Sweden.

Because of an incident that took place early last week, according to the alternative Swedish website Samnytt, some of the Ukrainian women and children who’ve been housed at a hostel in the city of Örebro want to go back home. It began when two tall, slim black men, apparently Somalis, came knocking at the hostel’s front door at 3 A.M. and claimed to want to see a friend who was living there – but the person they named, if he or she exists at all, was not, in fact, a resident. After a third Somali man appeared, one or more of them managed to enter the hostel, by which time the women had retreated to their rooms and locked their doors. One of the Somalis knocked on one of the doors and addressed the woman inside, presumably in Somali, causing her two-year-old child to scream in fear. Then, at five A.M., some Arab men showed up and tried to force their way in.

In standard Swedish fashion, the hostel’s managers played down the episode and didn’t report it to police. But several of the women, according to Samnytt, “are so shaken by the events of the night…that they regret that they fled to Sweden.” One of them said, “I’m so scared that I want to go home. When there are bombs, I know at least that I can go down to the basement and hide there.”

None of this should be terribly surprising. As has been widely reported, many of the Muslims who came to Western Europe as refugees are resentful of the new wave of refugees now coming from Ukraine. As I wrote earlier this month, many of them have charged native Europeans with racism because, they claim, the Ukrainians are getting a warmer welcome than they did. (This is like complaining that your dad gave your brother a Lamborghini but only gave you a Ferrari.) It’s probably closer to the truth that Western Europeans are responding to the fact that the new arrivals are virtually all women and children, whereas the tsunami of Syrians that swept over Europe several years ago consisted almost entirely of aggressive-looking young men of military age.

Surely the sex of the refugees in that hostel was what brought those Muslims out in the dead of night. How do you say “sitting ducks” in Arabic? One imagines that for those late-night callers, the hostel full of unaccompanied European women looked like an unattended candy store.

These are, after all, people with a well-nigh unbounded sense of entitlement to whatever might cross their paths in the land of the infidels. Their common view of their relationship to Sweden has been succinctly articulated by Basem Mahmoud, a Jordanian-born imam in Malmö. “Sweden is ours,” Mahmoud proclaimed in a recent sermon. “It’s ours, whether they like it or not. In ten to fifteen years, it will be ours.” Mahmoud has also called Jews the “offspring of pigs and monkeys,” and two years ago he defended the decapitation and butchering of the French teacher Samuel Paty – who’d used the Danish Muhammed cartoons in class to illustrate the principle of free speech – on the grounds that he was “unclean” and had “sinned by insulting the Prophet.” Like many a Muslim paterfamilias, and in accordance with his holy book, Mahmoud is something of a domestic bully: his ex-wife has unsuccessfully sought restraining orders against him, and his teenage daughter claims to have been “mentally and physically abused” by him “for a long time.” But Mahmoud has paid no price for any of it.

Needless to say, Mahmoud’s number is legion. Western Europeans are accustomed to Muslim immigrants who, having supposedly fled chaos in their homelands, have for decades accepted Swedish government largesse with one hand while punching Jews, gays, and their own wives and children with the other. Quite a difference from the thousands of Ukrainian men who, until last month, were working in Western Europe – and making real economic contributions to the societies in which they were living – but who, when Russia invaded Ukraine, packed their bags at once and valiantly went home to fight. Anton Zheleznov, who had been employed by a building management company in Södertälje, told The Local, “What do you do if your country is invaded? You fight. You protect your country. For me, this is not a question.”

The contrasts between the Muslims and Ukrainians in Sweden, then, could hardly be starker. The Ukrainians are fleeing an invasion of their country; the Muslims have been prosecuting their own invasion of Sweden for nearly half a century. Here’s another contrast. For years, as Hege Storhaug noted the other day, Swedish government and media pretended that Muslim immigration was an economic boon for Sweden. That was a lie: it was, in reality, a massive burden, and many of the new arrivals were serious criminals. The Ukrainians who’ve come in recent years to Sweden and elsewhere in Western Europe to work, however, have been a boon. They fit in and they kept their noses clean. And yet now that Ukrainian women and children are pouring into Western Europe, guess what? The media, politicians, and academics, which considered it sheer racism to talk about the costs of taking in refugees, have decided, Sweden Democrats politician Johan Nissinen complained last week, that “it is suddenly OK to talk about how much it costs.”

Thus it wasn’t too surprising when Swedish Labor Minister Eva Nordmark announced on Monday that the new Ukrainian refugees, unlike the Muslim refugees who preceded them, will be expected to support themselves financially. Got that? Women who’ve just arrived, probably with children in tow and perhaps with bad cases of PTSD, will have to register as job-seekers and go out on interviews if they want to put food on the table. So it turns out that, yes, Sweden is discriminating among refugees, apparently on the basis of race: to Ukrainian women, it’s saying: “Get a job, you bum,” while to Muslims who’ve lived in Sweden for decades on public assistance and never worked a day, it’s saying: “Don’t worry, boys. Soon enough these Ukrainian women’s tax payments will be helping to cover our welfare disbursements to you.” As they say in Somalia, Plus ça change, plus c’est la même chose.

Nuclear Threats Are a Sign of Weakness, Not Strength

Nuclear Threats Are a Sign of Weakness, Not Strength By Daniel Greenfield How often do…

Black Nationalist ‘Wizard of Oz’ Remake Will Also Be LGBTQ

Space Force Promotes ‘White Rage’ “Only whites can be racist." By Daniel Greenfield “Over 200…