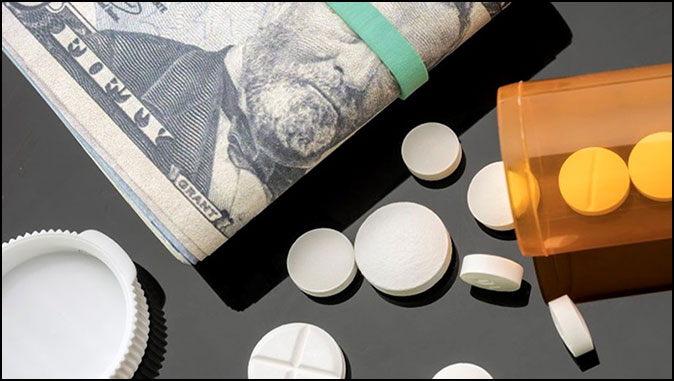 I’ve been speaking with my friends, which includes medical doctors and other highly educated people, about the treatments that they would seek if they were diagnosed with COVID-19. Most of them had no idea what course of treatment they or their families might seek. This conundrum is due in part to the massive volume of information that is being thrown at us, much of which is deliberately deceptive.

This article has two purposes. First, to help you understand the deceit that large pharmaceutical companies, their enablers at the FDA, CDC, NIH, WHO, the MSM, and officials in high government positions are perpetrating on you, your family, and likely your doctor.

The second purpose is to arm you with the necessary information to ensure that you receive the best treatment options from your health care provider. Knowledge is power.

Let me begin by stating that I’m not a medical doctor and I’m not offering medical advice. I do have a Bachelor of Science degree in health, nutrition, and counseling. I’ve written two NY Times bestselling books on women’s health and fitness and I have been awarded an honorary doctorate degree. However, you will need to determine your treatment options with your personal physician.

When it comes to safe, effective, and affordable therapies for COVID-19, large pharmaceutical companies, medical professionals like Dr. Fauci and Dr. Birx, and many others appear to have an agenda of deceit.

The most obvious example is their ongoing effort to ridicule the treatment option of hydroxychloroquine, azithromycin, and zinc. We all heard the harsh criticism that President Trump received when he promoted this protocol for COVID-19. Hydroxychloroquine has been around for almost 70 years as a treatment for malaria, lupus, and rheumatoid arthritis. The WHO [World Health Organization] has designated it as a safe and effective medication akin to taking aspirin. Moreover, a survey of 6,000 medical doctors affirmed it as their treatment of choice for COVID-19.

Hydroxychloroquine is an ionophore, which means it can transport material through the cellular wall. Zinc is a mineral that stops the replication of the COVID-19 virus within the cell. Hydroxychloroquine transports zinc into the cell so that it can stop the replication of the virus. The Z-pack antibiotic [azithromycin] is given to prevent opportunistic bacterial infections like pneumonia from occurring while your immune system is engaged in fighting your viral infection. The key to its effectiveness is to start this treatment at the early onset of COVID-19 so that it has time to work.

How much effort have big pharmaceutical companies put into subverting this treatment regimen? In addition to denouncing its effectiveness, from Dr. Fauci and company, constant MSM hit pieces, the censoring of medical doctor’s articles and videos from the internet, there has also been a number of “studies” done that were literally sabotaged from the onset.

The VA hospital system reported in March that they had given hydroxychloroquine to a number of patients. Following their release of information, the MSM ran the story with the headlines, “VA hospital found that Hydoxychloroquine doesn’t work and increases the fatality rate of COVID-19.” However, if you actually read the study you will find that only the sickest of the cohorts were given the drug. They got the drug only after they were so far along that it would not have a chance to work and they were not given zinc. None of these details made the MSM articles.

Another example of orchestrated deception came from the British medical journal, The Lancet. It reported that a meta-study showed that hydroxychloroquine was ineffective. As a result of this published study, France, Italy, and other European countries immediately prohibited the use of this treatment option. Within a few weeks, it was found that the study was badly designed and the results were literally fabricated. The Lancet was forced to make a retraction. Of course in the meantime, the MSM ran the original Lancet story and misled millions of people and their physicians.

So what could possibly be the motive behind large pharmaceutical companies’ Great Deception?

Now we are getting to the reason that drug companies are promoting remdesivir. This experimental drug costs above $3,000 per regimen and must be given intravenously in a hospital, (five days stay around 15 grand). Yet evidence shows it doesn’t really work.

The other treatment option is the promised COVID-19 vaccine that is alleged to be forthcoming. The NHS in Great Britain has committed to purchase a vaccine for the entire population of Great Britain. That’s a commitment of 65,000,000 doses at an agreed price of around $600 for each vaccination. That’s about $40,000,000,000 (40 billion) which is a lot of incentive to mislead people. A U.S. pharmaceutical company recently received $1.6 billion dollars towards its efforts to make this vaccine, which in the opinion of many experts, won’t work on COVID-19.

How do large pharmaceutical companies have so much control over the dissemination of this information or should I say propaganda? Again…money. The pharmaceutical industry gave $2 billion dollars during the last election cycle to U.S. politicians. Agriculture, the military/security complex, and the oil industry each gave only a paltry $1.0 billion dollars to buy the votes of our political leadership. The MSM counts pharmaceutical advertising revenue at up to 80% of their income. The internet’s “masters of the universe” also kowtow to the drug industry’s influence and advertising dollars by censoring anyone who tries to tell the American people the truth about COVID-19.

What You Need to Know

Now, for some good news. There are several therapies that are being offered that appear to be safe, effective, and affordable. However, these therapies must be utilized early in the disease progression.

Japan, Taiwan, and other Asian countries have maintained a much lower fatality rate with COVID-19 than here in America, in spite of the fact they live in densely populated communities. Many believe that it is due to their preferred method of treatment. They use a steroid medication that is inhaled in a mist through a home use nebulizer. I’m familiar with this since my 2-year-old granddaughter needed this treatment with a similar drug for an upper respiratory issue that she had recently. That speaks to the safety and the commonality of this treatment. Watch this YouTube video of a Texas doctor who shares his patient’s experiences with this therapy method using the drug budesonide and a course of antibiotics.

Another treatment option that appears to be safe and effective is the use of the antiparasitic drug ivermectin used in conjunction with the antibiotic doxycycline. Just one ivermectin pill and then the course of antibiotics for ten days resulted in a 100% cure rate for COVID-19 patients according to this study on worldhealth.net. Ivermectin has been widely used on the continent of Africa for many years as an anti-parasitic and is believed to be a primary reason that COVID-19 has not severely impacted the African population.

As we’ve seen above, this therapeutic regimen should be considered simply due to the efforts to prevent you from knowing the truth about it. As Shakespeare wrote, “The lady doth protest too much, methinks.” The challenge with this therapeutic is both finding a doctor who will prescribe it and a pharmacy that will sell it. This should be between you and your doctor. Not the governors of certain states. Considering that 20% of all drugs are prescribed “off label” meaning that they are prescribed for a use other than intended, you and your doctor should have the liberty and the responsibility to make this health care decision.

(Author’s note: I’ve received a number of questions regarding supplementation with vitamins and minerals. I regard these as preventative rather than therapeutic. As for me and my family, we are going to make informed and responsible decisions regarding our health care. I hope the information I’ve given to you today along with the links for further information will help you, your family, and your doctor make the best decisions as well.)

Gary Heavin and his wife Diane are the founders of Curves, the world’s largest fitness franchise. Gary is the author of two NY Times bestselling books, Curves, and Curves On the Go. Gary co-wrote and starred in the movie Amerigeddon. Gary is a pro-life libertarian and serves on the advisory board of Dr. Ron Paul’s Institute for Peace and Prosperity. Gary and his wife are philanthropists who feed 10,000 children a day in Haiti and operate an orphanage outside the slums of Mumbai. Most importantly, they are Bible-believing Christians.

The Subjective Indignation of the Social Justice Movement

Nonprofit Helps Abortion Workers Leave Industry By Dr. Jerry Newcombe “And Then There Were None”…

LGBTQ Bigotry By David Horowitz To anyone focused on real world events and relationships, America…

Censorship, Not Deepfakes, is the Real Threat

The Three Blows to the New World Order

The Three Blows to the New World Order So much for "the end of history."…