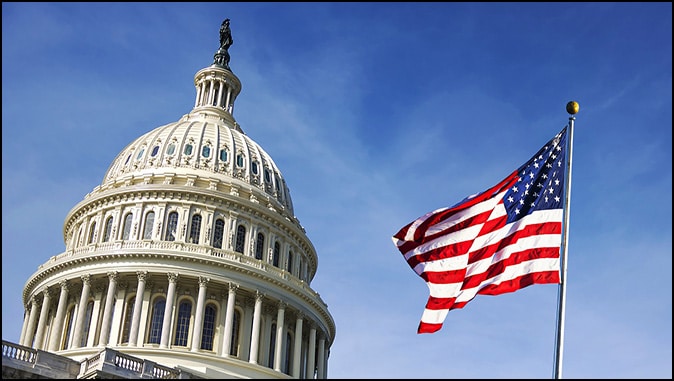 On June 15, in a set of three cases consolidated under the name Bostock v. Clayton County, the U.S. Supreme Court ruled that discrimination on the basis of “sexual orientation” or “gender identity” is a form of discrimination “because of…sex”—which was prohibited by the Civil Rights Act of 1964. Justices Samuel Alito and Brett Kavanaugh both wrote powerful dissents (Alito’s being joined by Justice Clarence Thomas) pointing out that the Court was effectively rewriting legislation (properly the role of Congress), not merely interpreting it, as the Court is supposed to do.

Some members of Congress have responded to the Bostock decision by calling it “the law of the land.” For example Rep. Bill Foster, an Illinois Democrat, issued a statement saying, “No American should face discrimination by an employer because of who they are or who they love, and I applaud the Court for…making that the law of the land.”

Even more troubling was a statement from Sen. Chuck Grassley, a Republican from Iowa and former chairman of the Senate Judiciary Committee. According to an article in Politico, he responded to the Court’s rewriting of the Civil Rights Act by saying, “It’s the law of the land. And it probably makes uniform what a lot of states have already done. And probably negates Congress’s necessity for acting.”

But is this true? Is Justice Neil Gorsuch’s opinion for the Court in Bostock now “the law of the land?”

The phrase “the law of the land” has ancient roots in the history of law. But in the United States, the term is explicitly defined by the U.S. Constitution. Article VI, Clause 2, states:

That’s it. The Constitution, the “Laws of the United States,” and treaties constitute the “Law of the Land”—not Supreme Court decisions. While Supreme Court decisions may serve as binding precedent for the interpretation of the law for as long as those precedents stand, defenders of our system of government should always remember that only the written words of the Constitution, the laws, and treaties themselves are the actual “Law of the Land.”

Nevertheless, when the Supreme Court issues a ruling on constitutional grounds, it is sometimes referred to colloquially (but still inaccurately) as “the law of the land.” The reason is the relative difficulty of overturning such a decision. Generally speaking, the Supreme Court’s interpretation and application of the Constitution can only be overturned by a constitutional amendment or by a new decision of the Supreme Court. This is a difficult task, requiring the approval of two thirds of both Houses of Congress and three quarters of the states.

Many historic Supreme Court decisions, such as the 2015 Obergefell decision redefining marriage and the 1973 Roe v. Wade decision permitting abortion, were based on a reading (however strained) of the U.S. Constitution. The Court’s recent ruling in Bostock was different—it involved only the interpretation of a statute passed by Congress (the Civil Rights Act).

This is an important distinction. When a court—even the Supreme Court—misinterprets a statute, as it did here, not only is it not “the law of the land,” but it is fully within the power of Congress to correct the Court’s error by enacting a new law. In fact, Congress has done so on several occasions.

Sen. Grassley was wrong to say Bostock is now “the law of the land” —Congress writes our laws, not the Supreme Court. He was also wrong to say that “it probably makes uniform what a lot of states have already done.” Only a minority of states had made “sexual orientation” and “gender identity” protected categories in their state civil rights laws, and Congress had consistently refused to do so at the federal level, despite dozens of attempts.

In saying the decision “probably negates Congress’s necessity for acting,” Grassley may have been referring to the Equality Act—an LGBT rights bill approved by the Democratic-controlled House last year. Instead, Democrats are only accelerating their efforts to pass this sweeping bill, which goes well beyond the Supreme Court’s decision. Indeed, just yesterday, Senate Democrats were giving impassioned floor speeches about the need to foist the anti-freedom Equality Act on America—in their words, to override the “religious excuses” of the faithful.

The real “necessity for acting” that still lies with Congress is to correct the Supreme Court’s erroneous interpretation of the law, and preserve the power of Congress, not the Court, to write the “Laws of the United States.”