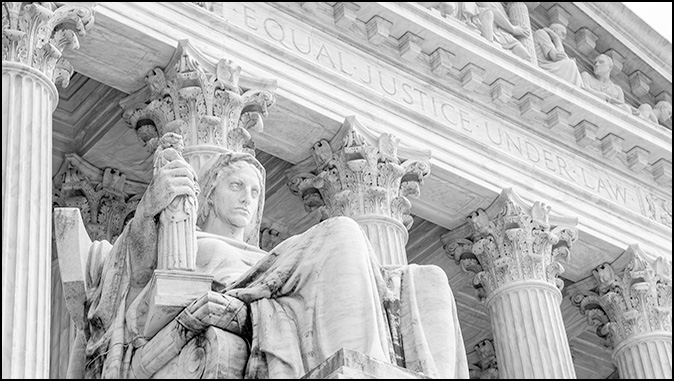 While the decision is a win for President Joe Biden, it is a loss for the American people as the floodgates are opened even wider for many more illegal immigrants to pour into the United States.

The Remain in Mexico program had required that some asylum-seeking migrants who pass through Mexico from another country of origin on their way to the United States be sent back to Mexico while they await their asylum hearings. The Trump administration viewed this program as a better alternative than releasing the illegal immigrants for whom there were no detention facilities available and simply allowing them to stay in the United States. The Trump administration had relied on Congress’s express grant of authority to “return” ”aliens…arriving on land…from a foreign territory contiguous to the United States” “to that territory pending a proceeding” to remove them to their countries of origin.

By allowing the Biden administration to end the Remain in Mexico program, the Supreme Court decision will exacerbate the effects of the Biden administration’s disastrous open-border policies. These policies have encouraged hordes of illegal immigrants to make the dangerous trek from their countries of origin through Mexico into the United States. Many of these immigrants have put their lives into the hands of ruthless smugglers, too often with devastating consequences. Most recently, at least fifty-three migrants suffered horrific deaths after being abandoned by smugglers in a sweltering semitruck found on the outskirts of San Antonio, Texas.

The Biden administration has released more than a million immigrants who were apprehended after managing to enter the United States illegally and has allowed them to stay in the country. Thus, it should be no surprise that many more illegal immigrants have been willing to risk their lives on the bet that they too will be welcomed if they reach the promised land. Now, as a result of the Supreme Court’s ruling that allows the Biden administration to end the Remain in Mexico program, the illegal immigrants will have one less obstacle to worry about.

The Supreme Court had to decide whether, given the serious shortage of migrant detention facilities, the Biden administration had the statutory discretion to eliminate the Remain in Mexico Program altogether in favor of releasing migrants into this country. The 5-4 majority ruled that the Biden administration had such discretion. “Congress conferred contiguous-territory return authority in expressly discretionary terms,” the majority opinion stated.

The decision held that the Executive Branch’s discretion was essentially absolute in this regard. It made no difference to the Court majority that the government was violating its obligation under another part of the immigration statute to detain migrants seeking admission who are not clearly and beyond a doubt entitled to be admitted. These justices ignored the fact that the Biden administration had on its own volition considerably widened the gap between the massive number of admitted illegal immigrants and the scarce available detention capacity as a result of its open-border policies.

In the words of Justice Samuel Alito in his dissenting opinion, “the Court looks the other way.”

The Biden administration not only failed to comply with the migrant detention obligation imposed by statute. It knowingly compounded the violation by refusing to enforce the nation’s immigration laws, leading to the admission of many more migrants for whom no detention facilities were available. At the same time, despite the Biden administration’s own complicity in forcing the use of statutory alternatives to detention in many more cases, the Biden administration refused to exercise the return to Mexico option authorized by statute. This option posed less of a danger to the American people than releasing unvetted illegal immigrants en masse to live in communities across the United States for years to come, if not indefinitely.

In choosing the release and remain option (known as “parole”), the Biden administration is required to meet certain standards set forth in the Immigration and Nationality Act. The relevant statutory provision allows the Executive Branch to “parole into the United States temporarily…only on a case-by-case basis for urgent humanitarian reasons or significant public benefit any alien applying for admission to the United States” (8 U. S. C. §1182(d)(5)(A)). The Biden administration clearly abused this discretion repeatedly with its out-of-control catch and release policy. It lumped illegal aliens together in categories when making its release decisions rather than conduct a genuine case-by-case individualized evaluation as the statute requires.

Again, the Supreme Court majority simply shrugged its shoulders and looked the other way. To buttress its position, the majority decision fell back on deferring to the Executive Branch’s preeminent constitutional authority to conduct foreign policy.

Justice Kavanaugh wrote in his concurring opinion that “when there is insufficient detention capacity and the President chooses the parole option because he determines that returning noncitizens to Mexico is not feasible for foreign-policy reasons, a court…must be deferential to the President’s Article II foreign-policy judgment.”

The majority’s argument that the foreign policy judgments of the Executive Branch in this case deserve complete deference is also wrong for a fundamental reason having to do with the separation of powers, as Justice Alito pointed out in his dissenting opinion. “The President has vital power in the field of foreign affairs, so does Congress,” Justice Alito wrote, “and the President does not have the authority to override immigration laws enacted by Congress.”

President Biden overrode the immigration laws enacted by Congress by not enforcing them and by pushing for the abandonment of the Remain in Mexico option. The Supreme Court majority is allowing the president to get away with it.

The president recklessly unleashed his attack on the Supreme Court overseas during a press briefing in Spain where the heads of state of NATO members had been meeting. Despite his one victory in the Remain in Mexico case, President Biden has not done well with major Supreme Court decisions this term and can be expected to continue his unpresidential offensive against the co-equal judicial branch of government.