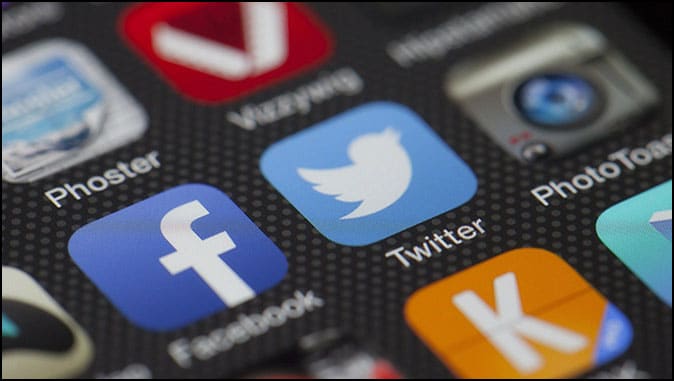 Social Media Acts Like a Cartel. It Should Be Treated as One
By Daniel Greenfield

Social media had spent four years training for this moment.

Democrats had spent four years arguing that the media paying attention to Hillary’s emails and social media allowing them traction on their services elected Trump. And Big Tech had defined its election role as preventing history from repeating itself.

Everything else is a haze of excuses and meaningless buzzwords like “disinformation”, not to mention newfound standards that just arrived last week.

The bottom line is that there’s a coordinated campaign to suppress material damaging to Biden before the election. And, unlike the media, social media is a Big Tech cartel.

Facebook, whose Democrat spokesman made a point of expressing his disgust with the story and announcing that it was being throttled, controls 80% of social media.

Google, which controls 80% of search, buries the original Post story under media “explainers” dismissing it.

There’s a coordinated political program here and despite, increasingly incoherent attempts by the media and social media to explain how their actions to suppress the story in any way dovetailed with preexisting standards, it’s coordinated across a monopolistic industry which has defined social responsibility as heavy bias.

In the past 6 years where I’ve been beating the drum over this over and over again, while largely being ignored by the movement, the same objections have been put forward, that private companies can do what they like.

And those are rules that Democrats and progressive Republicans made. If companies can’t discriminate by any other attribute, they shouldn’t be able to discriminate based on political affiliation. And if Big Tech monopolies want to enjoy Section 230 protections, they shouldn’t act like media outlets.

If Big Tech can have special loopholes carved out for its companies that provide them with immunity, then it can also be regulated.

And, the big picture of Big Tech, is that when freedom of speech essentially demands on 2 or 3 companies, then it doesn’t exist. That’s why I think the Section 230 approach embraced by so many conservatives is a dead end.

The only solution comes from breaking up Big Tech. That’s the solution AG Barr has been pursuing. And it’s the right one.

You don’t regulate cartels. That just makes the problem permanent. You break them up.

Yes, Abortion and Transgenderism are Two Sides of the Same Coin

Yes, Abortion and Transgenderism are Two Sides of the Same Coin Written by Patience Griswold…

We Must Never Get Used to the New Cultural Craziness

We Must Never Get Used to the New Cultural Craziness By Dr. Michael Brown In…

Disaster in the Making: 12,000 Afghans in U.S. Now with No ID Whatsoever

Disaster in the Making: 12,000 Afghans in U.S. Now with No ID Whatsoever The consequences…