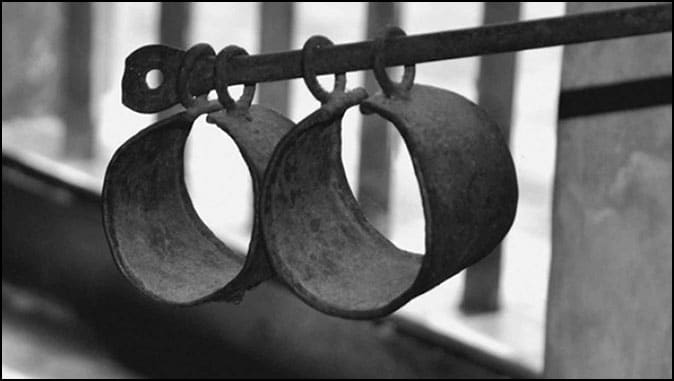 It is, or ought to be, clear to everyone by now that Black Lives Matter is not a genuine movement for racial justice and a more equitable society, but a Marxist organization using real, exaggerated, and imagined racial injustice to try to destroy the United States. Anyone who is still in doubt about this should consider the fact that some blacks are still enslaved today, and Black Lives Matter never has and never will say a word about it, because that organization doesn’t really care about black lives.

If they did actually care about the lives of black people, Black Lives Matter would today be drawing international attention to statements made recently by the Mauritanian anti-slavery activist Maryam Bint Al-Sheikh of the Initiative for the Resurgence of the Abolitionist Movement (IRA). According to the Middle East Media Research Institute (MEMRI), Maryam Bint Al-Sheikh stated in a June 18 interview: “Unfortunately, there is still slavery in Mauritania. More than 20% of people in Mauritania suffer from slavery – a situation where a person owns another person and does whatever he wants with him at any given moment. This situation exists here in Mauritania, unfortunately.”

Al-Sheikh further explained that slaves are often even “bequeathed from father to son. A person can own a slave and when that person dies, his children inherit the slave, who is later bequeathed to the grandchildren. This thing exists in Mauritania, unfortunately.” Even worse, “anyone who speaks out is considered a criminal whose natural place in in jail. Until not so long ago, [whoever spoke up] would have been killed.”

As an anti-slavery activist, Al-Sheikh has experienced this herself: “I was arrested and tortured multiple times. I was tortured both mentally and physically. The last time I was arrested, I had a 1.5-year-old baby. They separated us by force. And they weaned him. The Mauritanian state weaned my baby – a 1.5-year-old baby. He was weaned. And they prevented me from seeing him, and they wouldn’t let my husband or relatives visit me.”

Maryam Bint Al-Sheikh’s story is just one of innumerable such accounts. Why does Mauritania continually drag its feet about eradicating slavery, and persecute anti-slavery activists? The dirty little secret here is that it is because slavery is sanctioned in Islam.

The Qur’an has Allah telling Muhammad that he has given him girls as sex slaves: “Prophet, We have made lawful to you the wives to whom you have granted dowries and the slave girls whom God has given you as booty.” (Qur’an 33:50)

Muhammad bought slaves: “Jabir (Allah be pleased with him) reported: There came a slave and pledged allegiance to Allah’s Apostle (may peace be upon him) on migration; he (the Holy Prophet) did not know that he was a slave. Then there came his master and demanded him back, whereupon Allah’s Apostle (may peace be upon him) said: Sell him to me. And he bought him for two black slaves, and he did not afterwards take allegiance from anyone until he had asked him whether he was a slave (or a free man).” (Muslim 3901)

Muhammad took female Infidel captives as slaves: “Narrated Anas: The Prophet offered the Fajr Prayer near Khaibar when it was still dark and then said, ‘Allahu-Akbar! Khaibar is destroyed, for whenever we approach a (hostile) nation (to fight), then evil will be the morning for those who have been warned.’ Then the inhabitants of Khaibar came out running on the roads. The Prophet had their warriors killed, their offspring and woman taken as captives. Safiya was amongst the captives. She first came in the share of Dahya Alkali but later on she belonged to the Prophet. The Prophet made her manumission as her ‘Mahr.’” (Bukhari 5.59.512) Mahr is bride price: Muhammad freed her and married her. But he didn’t do this to all his slaves:

Muhammad owned slaves: “Narrated Anas bin Malik: Allah’s Apostle was on a journey and he had a black slave called Anjasha, and he was driving the camels (very fast, and there were women riding on those camels). Allah’s Apostle said, ‘Waihaka (May Allah be merciful to you), O Anjasha! Drive slowly (the camels) with the glass vessels (women)!’” (Bukhari 8.73.182) There is no mention of Muhammad’s freeing Anjasha.

Muhammad is the “excellent example” (Qur’an 33:21) for Muslims. That’s why there has never been an Islamic abolitionist movement. And because Islam is the religion that the Left never dares to criticize, you’ll never hear about this from Black Lives Matter.

Help Keep Pressure on Planned Parenthood By Tim Wildmon Over 53,000 supporters have signed our…

What the War Over Jerusalem is Really About

North Korean Missiles Reaching USA Guess who got us here? By Matthew Vadum Less than…

Why Israel’s Border Fence Worked The security barrier was key, but there's more to the…