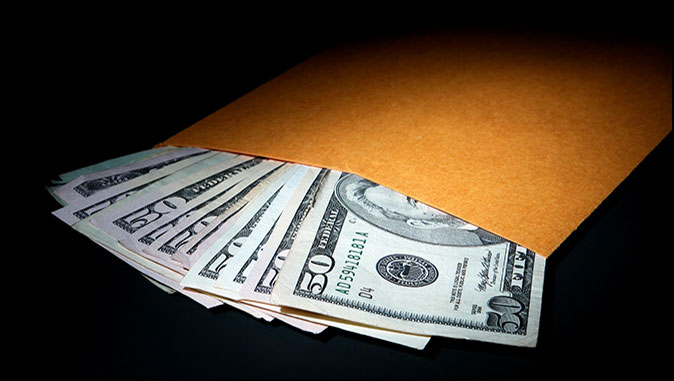 Whenever an establishment media propagandist needs a quote on Islamic issues, he or she goes to the Hamas-linked Council on American-Islamic Relations (CAIR), which claims to be “America’s largest Muslim civil liberties organization.” Whether or not it is the largest is highly debatable, as CAIR is quite secretive about its membership numbers, but it certainly the most mediagenic. As for the “civil liberties” part, that has been laughable for years, given CAIR’s concerted efforts to oppose counterterror measures and defame opponents of jihad violence and Sharia oppression. And now, a former CAIR employee is showing just how far CAIR really is from its boastful claims about itself.

Numerous allegations of misconduct by CAIR top dogs have been revealed in a former CAIR employee’s response to a defamation suit from her old employers. According to CAIR’s suit, Lori Saroya, who ran CAIR’s Minnesota chapter from 2007 to 2016 and served on the board of directors of CAIR National until 2018, is “actively engaging in a systemic and continuous internet smear campaign to damage CAIR’s reputation and to cause CAIR severe economic harm.”

Saroya, however, has charged that CAIR “maintains a culture of misogyny,” and “has been dishonest and misleading with its donors, whose contributions it has frequently misused for the purpose of silencing critics.” She also states that CAIR’s “leadership has been dishonest with and breached its fiduciary duties to the CAIR Board, that it has violated basic rules of good governance and mismanaged the enterprise, all to the detriment of the causes about which it professes to care.”

The civil liberties warriors at Hamas-linked CAIR deny all this, but is it really unbelievable that people who believe that Sharia is divine law would obey its often misogynistic precepts? After all, former CAIR Florida top dog Hassan Shibly has admitted entering “into religious marriage contracts with women outside his legal marriage.” Polygamy is illegal in American law, but legal in Islamic law, as it is allowed in the Qur’an (4:3). One of Shibly’s wives, Kyla McRoberts, refused him sex one night, whereupon, according to NPR, “he told her that, as his wife, she couldn’t say no.” That also is Islamic law: a woman cannot refuse sex to her husband under any circumstances.

Yes, that’s right, NPR. When even NPR, which up to now has maintained a wholly positive and thoroughly uncritical stance toward CAIR, starts talking about how bad things are there, they must be very bad indeed. NPR reported in April that “18 former employees at the national office and several prominent chapters…said there was a general lack of accountability when it came to perceived gender bias, religious bias or mismanagement. Many of those interviewed, both men and women, asked NPR not to use their names for fear of legal or professional retaliation.”

Saroya also charged that CAIR’s national Executive Director Nihad Awad “engaged in the most recent instance in a pattern of unwelcome and highly inappropriate conduct” toward her. Even after she rejected him, “Days later he continued this conduct, following her around the site of a conference, insisting on sitting next to her every time she moved to a different seat, and pursuing her at the conference.” For Saroya, this was part of a “toxic culture at the highest levels of the organization and at certain CAIR chapters overseen by CAIR, a culture which was exacerbated by a culture of impunity.”

Why hasn’t any hint of this come out before? According to Saroya, it is because CAIR “spends substantial amounts of donors’ money in order to threaten, intimidate and sue those who have the courage to speak about CAIR’s culture of discrimination and misogyny.” This culture was so deeply embedded that in 2018, when CAIR was considering hiring an attorney named Karen Hernandez as executive director of its Dallas-Fort Worth chapter, Awad was furious, claiming that Hernandez, a survivor of domestic violence, had written a “vulgar and disgusting” article about the issue. Awad declared that if Hernandez were hired, he would “dis-affiliate CAIR-National from CAIR-DFW.” Hernandez’s employment offer was withdrawn.

Saroya’s response to CAIR’s defamation suit includes an email from CAIR attorney Danette Zaghari-Mask suggesting that Hernandez be paid $10,000 if she signed a non-disclosure agreement. Zaghari-Mask wrote: “The most serious risk she presents right now is in the form of public pressure and defamatory speech against” CAIR-DFW.

There is a great deal more in Saroya’s legal filing to worry Awad and company. At last, this sinister gang that traffics so freely in intimidation appears to have encountered someone who refuses to be intimidated. The fallout from that could be extraordinary, and could even spell the end of this sinister “civil rights” organization.