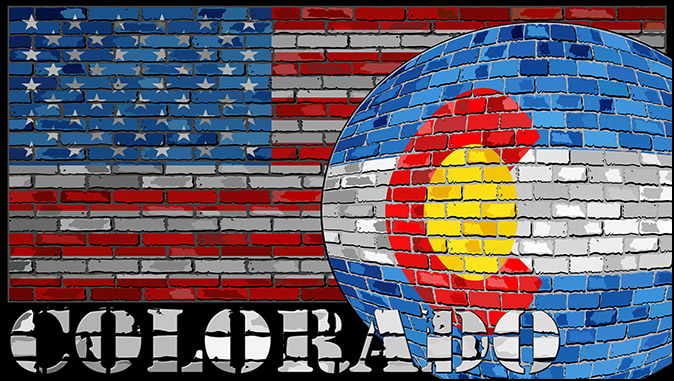 Scary Spice Claims U.S. Racist After Not Seeing Black People in Colorado
‘Is there anybody brown or mixed or black in this town?”
By Daniel Greenfield

How much dumber can the race-baiting get? Let’s ask one of the Spice Girls: the worst UK contribution to the global culture before Piers Morgan, Sacha Baron Cohen and Prince Harry.

On this episode of Everything is Racist, Scary Spice visits Colorado and doesn’t see black people.

Spice Girl Mel B said she was left “shocked” after seeing that racism is “still there” when reflecting on her trip to the US.

The “Spice Up Your Life” hitmaker, dubbed Scary Spice, joined forces with British comedians Ruby Wax and Emily Atack to film a BBC documentary in the States.

But when making it to Colorado, Mel B said she was “shocked” at the lack of diversity in the state, admitting it changed her “outlook in a few ways.”

“So even though Colorado is massive, the whole world is massive, but when it actually comes down to it where people of color, whether it be mixed or brown or some kind of mix of ethnicity, they kind of have it even harder, people of color,” she told Metro.

The singer, who hails from northern England, said the experience “kind of changed my outlook.”

“Throughout the whole show, I was saying, ‘Is there anybody brown or mixed or black in this town? Is there anybody?’ I always find myself looking,” she added.

Colorado doesn’t have that many black people for reasons having nothing to do with race. If Scary Spice was going to small towns, and I presume there’d be little point in filming a documentary about exploration set in Denver, they’d have really few black people. But then again so would villages in the Cotswolds.

The state only has 5.8 million people to begin with. Subtract some of the major cities and it’s more like 4.8 million. Territorially, Colorado is bigger than Britain, but it’s got a small percentage of the population.

The obsession with diversity is unhelpful and in the case of a British celebrity coming to ignorantly spout accusations, it’s imperialism. And isn’t that what we already have Piers Morgan for?