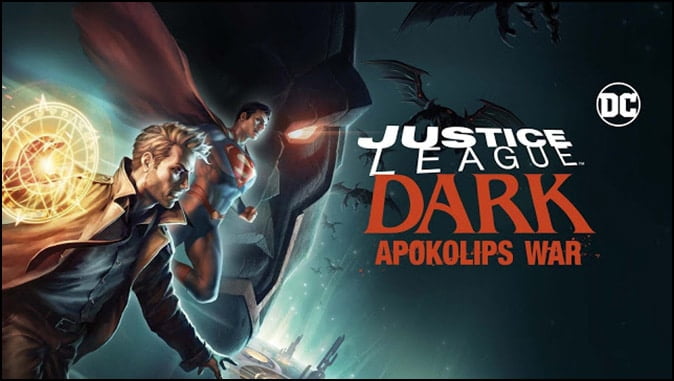 If you thought that only in witchcraft Satan is represented as a good creature, DC Comics will persuade you to change your mind. In its most recent animation movie, “Justice League Dark Apokolips War” (2020), there is a powerful battle between the Justice League and a demonic force called Darkseid — Dark Side.

Darkseid is destructive and evil. He has destroyed or possessed many superheroes in this movie. And he intended to destroy the Earth. But Dark Side is not Satan.

To help the weakened Justice League to defeat Dark Side, character John Constantine (Hellblazer) invokes Satan with a pentagram.

Constantine is an occultist, a Satanist. After the invocation, Satan appears. Satan possesses Superman. And Satan uses a possessed Superman against Dark Side.

A presentation of satanism as normal to teens is a strong sign that the culture has been Satanized. And there is only one way to unsatanize teen victims of such culture: To present Jesus, whose ministry was marked by three main characteristics: preaching of the Gospel, healing of the sick and expelling of demons.

If even in the Jewish culture, which was highly moral, conservative and Bible-minded, there were plenty of demons for Jesus to expel, what to say of the U.S. culture?

Jesus Christ is the real Superhero who can unsatanize teens victims of a Satanized culture.

And the tools Jesus uses to deliver people from Satan, his demons and satanizations is Christians who imitate Him by preaching the Gospel, healing the sick and expelling demons.

In the end of “Justice League Dark Apokolips War,” the Justice League is able to control Satan and Dark Side. But in real world, this is impossible.

The belief, glorified in this DC Comics movie, that occultists and Satanists can control Satan is illusory. Instead of dispelling such illusion in its teen public, DC Comics makes the illusion strong.

Once a human being is possessed by Satan, only Jesus and no one else, can deliver him. Even a Superman, if such being were real, could not deliver himself from Satan. Even a Justice League of multitudes of superheroes could not control or expel a single demon. No human being has such power. Only Jesus has.

Pennsylvania Muslim lawmaker: Prayer in name of Jesus is “Islamophobic”

Turkey: Erdoğan’s World of Terrorists Includes Everyone but Terrorists

Turkey: Erdoğan's World of Terrorists Includes Everyone but Terrorists By Burak Bekdil Originally Published by…

Trump Makes Clear: Era of Appeasement Is Over

Trump Makes Clear: Era of Appeasement Is Over The Iranians receive just the warning they…

A Racist Photo or Dead Black Babies – Democrats Outraged by One, Facilitate the Other

A Racist Photo or Dead Black Babies – Democrats Outraged by One, Facilitate the Other…