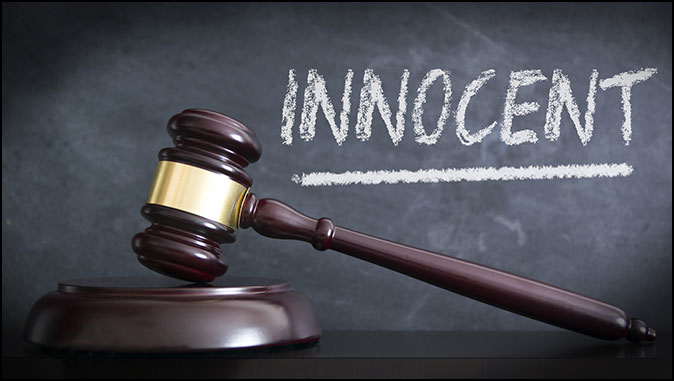 Rittenhouse Verdict Leaves Biden ‘Angry’ and ‘Concerned’
Where was Biden’s moral indignation over the murder of David Dorn?
By Lloyd Billingsley

Friday’s not-guilty verdict surely convinced Kyle Rittenhouse that it’s better to be judged by 12 than carried by six. Without the rifle, Rittenhouse would have been shot dead at 17, so the verdict also validated the Constitution, which upholds the right to keep and bear arms. Judge Bruce Schroeder agreed when he tossed the weapons charge against Rittenhouse, who never should have been tried in the first place.

Self-defense is a basic human right. On the other hand, there is no right to commit arson, destroy property and attack innocent citizens. Kyle Rittenhouse risked his life to protect life and property, and the verdict tells patriotic citizens they can defend themselves against violent fascist mobs. Joe Biden doesn’t see it that way.

Biden reluctantly agreed with the jury’s verdict, but he did not walk back his charge that Kyle Rittenhouse was a “white supremacist,” implying that his motive was racism. That invites a review of Biden’s conduct during the widespread rioting of 2020. The major players in the mayhem were Black Lives Matter and Antifa, but Biden defended Antifa as “an idea, not an organization” and said white supremacists pose a greater danger to the country.

The riots, which leading Democrats called “peaceful protests,” claimed at least 25 lives, including retired St. Louis police captain David Dorn. The African American was protecting a friend’s business when rioters shot and killed Dorn, live-streaming what amounted to an execution. President Trump honored the fallen officer but statements on the murder from Joe Biden are hard to find.

When it comes to true white supremacists, Biden readily goes on the record:

“Although I and my colleagues behind me revere the Senate, Robert C. Byrd elevated the Senate,” said vice president Joe Biden in the July 2010 memorial service for Sen. Robert Byrd, a former community organizer for the Ku Klux Klan. Byrd once wrote to Sen. Theodore Bilbo, a segregationist Democrat. that he would rather die a thousand deaths than see the land “degraded by race mongrels, a throwback to the blackest specimen from the wilds.”

“Jill and I join the President and Michelle in expressing our sympathies to the families of the brave soldiers who fell today,” Biden said in a statement. “We are all praying for those who were wounded and hoping for their full and speedy recovery. Our thoughts and prayers are also with the entire Fort Hood community as they deal with this senseless tragedy.”

Hasan yelled “Allahu akbar” as he killed, but nothing from Biden on Islamic supremacy or Islamic terrorism. The victims included African Americans and Hispanics but the Delaware Democrat failed to find any racist motive. Vice president Biden, party to the best information, failed to name a single victim. Warman, Krueger, Velez and the others simply “fell” in what was only a “senseless tragedy.”

Hasan was tried in military court, found guilty, and sentenced to death in 2013. Public statements by Joe Biden on the trial are hard to find. By contrast, in the case of Derek Chauvin, tried for the death of George Floyd, Biden told reporters he was praying for “the right verdict.” In April, Chauvin was convicted of second and third-degree murder. Biden praised the guilty verdict as a “a step forward,” adding “we’re all so relieved.”

The not-guilty verdict for Kyle Rittenhouse left Biden “angry and concerned,” but anger and concern were missing from Biden’s statement’s on the Fort Hood mass murder. If Biden was praying for the “right verdict” in Hasan’s trial, he failed to inform the public.

In other news on Friday, during Biden’s colonoscopy doctors removed a “a single 3 mm benign-appearing polyp,” which will be subject to examination. Also subject to scrutiny is what comes out of Biden’s other end.

An angry Joe Biden told an auto worker “you’re full of shit.” Joe Biden told African Americans you “ain’t black” if they fail to support him. Joe Biden claimed “we choose truth over facts.” Joe Biden said the Chinese Communists are “not bad folks,” and so on.

While under anesthetic, Biden handed the reins of power to Kamala Harris, for 85 minutes the most powerful person in the world. Friday night Harris tweeted, “Today’s verdict speaks for itself. I’ve spent a majority of my career working to make our criminal justice system more equitable. It’s clear, there’s still a lot more work to do.”

As Kyle Rittenhouse walks free, evidence remains that Americans are angry and concerned about the two White House supremacists. According to recent polls, only 27.8 percent of Americans approve of Kamal Harris’ performance, 10 points less than Joe Biden at 37.8 percent.