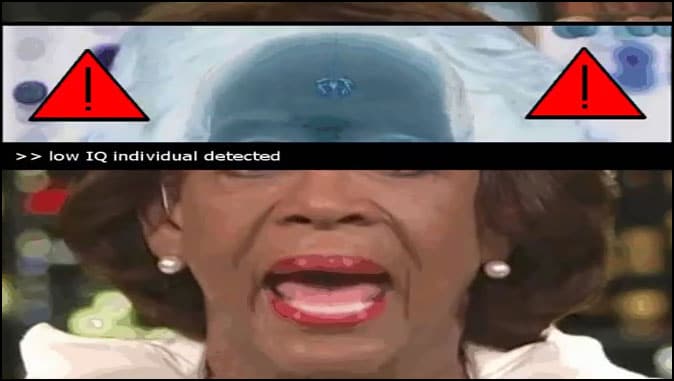 Rep. Maxine Waters Urges BLM Mob to “Stay in the Streets” “Get More Confrontational”: Will Corps Cut Off Donations?
By Daniel Greenfield

The media stylebooks decided to start rebranding BLM race riots as ‘uprisings’. Then it became a little awkward when they decided that a riot near Congress was an “insurrection” and had to be suppressed by any means necessary. And that any Republicans falsely accused of having “encouraged” it by questioning the election results had to have their donations from corporate sources cut off.

Meanwhile, Rep. Maxine Waters, the original racist insurrectionist, is back at it again.

California Representative Maxine Waters joined protesters in Minnesota as demonstrations entered a seventh night on Saturday after the death of Daunte Wright.

Waters told the protesters at Brooklyn Center that she will fight for justice on their behalf and urged them to ‘to get more confrontational’ – just one day after protests descended into violence.

‘We gotta stay on the street,’ Waters was recorded saying, adding that protesters needed ‘to get more confrontational’ and they should ignore the curfew in place.

Classic Maxine who had urged the harassment of Trump administration officials.

“Let’s make sure we show up wherever we have to show up. And if you see anybody from that Cabinet in a restaurant, in a department store, at a gasoline station, you get out and you create a crowd. And you push back on them. And you tell them they’re not welcome anymore, anywhere.

Will any of Mad Maxine’s corporate donors cut off her cash flow?

Will they even be asked?

When is a riot not an insurrection? When the rioters and their backers are the ones in charge.