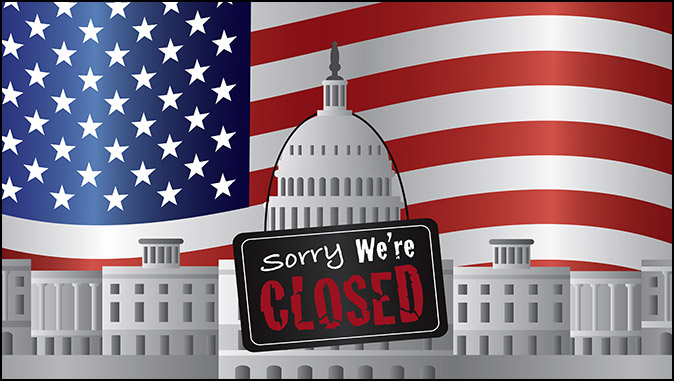 Remember: There Was No ‘Insurrection’ on January 6, 2021
What the Left’s Jan. 6 hysteria is really all about.
By Robert Spencer

Old Joe Biden, Kamala Harris, and the rest of the Democrat establishment spent Friday commemorating what the Left would have us believe was a greater threat to “our democracy” than the Pearl Harbor attack or 9/11. In the face of this Big Lie that keeps getting bigger, it’s important to remember: There was actually no “insurrection.” There was no plan, no leader, no weapons, and no casualties except among those who entered the Capitol after the police opened the doors. President Trump, who was supposed to be the ringleader of the “insurrection,” told the demonstrators to proceed “peacefully,” and two years of relentless investigations have turned up no evidence, despite breathless media reports to the contrary, that he ever wanted anyone to overthrow the government and install him as some kind of president-for-life.

In the face of a failed post-presidency impeachment attempt and a Jan. 6 committee that recommended that Trump be indicted despite the conspicuous lack of evidence that he did anything for which he should be indicted, the Leftist establishment is not backing off one bit. Instead, Old Joe and his henchmen are doubling, tripling, and quadrupling down, creating a mythology of what happened on Jan. 6, 2021, that resembles a hagiographical narrative more than a sober history.

Old Joe didn’t say anything, of course, about Ashli Babbitt or Rosanne Boyland, Trump supporters who were actually killed that day. He did mention Capitol Police Officer William Evans, whom he claimed died due to “threats by these sick insurrectionists.” Wow, those must have been some strongly worded threats indeed. But the New York Times, in a Thursday recap of those who died “in connection with the Capitol riot,” doesn’t even mention Evans. And the Times, as worthless and biased as it is, had very good reasons to leave him out: William Evans wasn’t killed during the “insurrection” at all. He wasn’t killed by “threats by these sick insurrectionists.” He was, in fact, killed in April 2021, three months after the “insurrection,” when a Nation of Islam supporter named Noah Green rammed him with his car.

Biden, true to form, wasn’t finished lying. Just as Jesus had seventy disciples beyond the twelve apostles, so also now Biden moved to create an outer circle of saints and martyrs for his new religion. He opined that for some who attended his bogus Jan. 6 ceremony, the occasion was “bittersweet,” for the trauma was ever-widening: “More than 140 law enforcement officials suffered physical injuries, and untold numbers are suffering from psychological toll of that day as well.”

As Old Joe himself would say, Come on, man! Mark Levin pointed out acidly on Friday, “More people died from the BLM-led riots in the summer of 2020 than died on Jan. 6. More babies die every day from abortion on demand than died on Jan. 6.” What’s more, the people who were actually killed on Jan. 6 were not defending the Capitol, but were among the supposed “insurrectionists.” So where is Old Joe’s concern for the psychological toll of the Black Lives Matter riots, or the psychological toll of abortion on demand?

Biden doesn’t care about any of that, and if he was fully aware of what he was reading off the teleprompter on Friday, it’s unlikely that even he himself believed it. It was all just part of his sinister authoritarian program to stigmatize, demonize, and ultimately criminalize legitimate political opposition in the United States. The real threats to “our democracy” are the ones who most loudly proclaim that they are intent on saving it, as in Kamala Harris’ Jan. 6 statement: “On January 6th, 2021, American democracy endured a violent assault. Armed with deadly weapons and animated by lies and hate, insurrectionists invaded the United States Capitol in an attempt to overturn a lawful election and silence the voice of the people.”

No. American democracy is continuing to endure a violent assault from those who claim that what happened on Jan. 6 constituted an “insurrection,” and that, as Old Joe intoned last September, “Donald Trump and the MAGA Republicans represent an extremism that threatens the very foundations of our republic.” The threat to our republic is coming from those who would rule half of the electorate out of the bounds of acceptable discourse. That’s what the Left’s Jan. 6 hysteria is all about: fascists advancing fascism. And the fascists aren’t the MAGA Republicans.