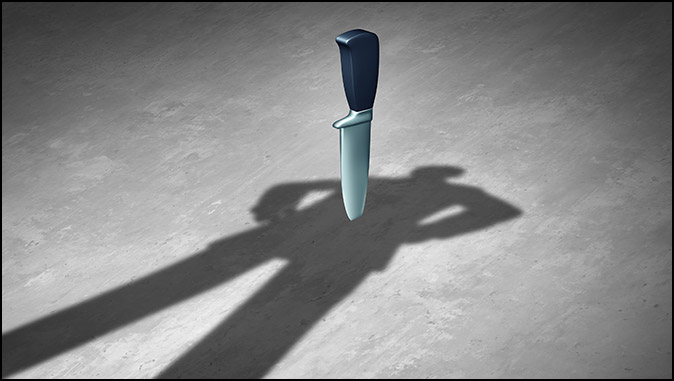 Psaki Buries Her Knife in Biden’s Back
Rats fleeing a sinking ship.
By John Nantz

Jen Psaki is usually wrong, not because she’s stupid, but because she’s an ideologue, a rabid partizan, and statist zealot. And, she seems to savor a well placed lie. But that’s expected from a former White House press secretary, and William and Mary graduate, who spent her entire tenure contorting the borders of reality, gleefully creating fictions to explain Joe Biden’s precipitous decline into senility.

Joe Biden has always been a dummy. Obama admitted it when he commented on Lunch Bucket Joes’ propensity to always screw things up. Biden is a comic book character inked and colored by media hacks and stooges like Psaki.

Jen’s recent statement is a concession to the spectacular proportion of Joe Biden’s failures. To ignore this would produce a lie that would simply be too big to sustain its own mass — even Psaki has to face the facts at some point:

“If it is a referendum on the president, they [democrats] will lose. And they know that.”

The Biden calamity is everywhere. Even casual, single issue voters are forcefully confronted by Biden’s imbecility, ineptitude, and brittle vindictiveness at every turn. Contrary to Psaki’s statements, no one down ballot is safe from this democrat owned and operated national calamity.

He’s that mean old man, raging in his senility from the front porch at all the kids enjoying a bright summer’s afternoon — a pervert showering with his daughter and sniffing the hair of little girls. With a grumpy, malevolent, misanthrope occupying the White House, the November election cycle is there for the taking — and Jen knows it, is gathering her skirts, hoping to salvage a shred of credibility.

The only things standing in the way of a sweeping Republican win in November are the calcified crony capitalists like Mitch McConnell, diddling the Chinese yen in his pocket. Or the moon-faced warmonger Lindsay Graham. This brand of Republicanism is in league with Democrat statists who all vie, like squealing piglets, at the slop trough of tax payer funded slush.

But, the Biden administration is exponentially worse than all the deep state, limousine Republicans — at least they’re not marxists.

Joe Biden has presided over two years of unprecedented calamity. A failure so complete that systemic failure seems to be the objective. You’d have to work hard at being this bad, and the deep state toadies have been busy as beavers.

A sweeping Republican win has been served up on a silver platter.

Biden’s America is less safe, and every major American city — all led by Democrat ideologues — are notorious Thunder Domes of criminality and chaos. From L.A. to N.Y.C. citizens are afraid to venture out day or night, prisoners to homeless vagabonds, roving gangsters, and violent mental patients who attack and maim at random.

Our military is defunded and then demoralized by inept leadership. The Biden administration has embarked on a campaign of moral turpitude, elevating the sexually confused to positions of influence and leadership. And, we must never forget the cowardly, incompetent retreat from Afghanistan that cost countless lives in terms of U.S. military personnel and among those who supported our war efforts. Biden will certainly answer in eternity for the blood on his hands.

Biden has erased our southern border, allowing an estimated two million illegal aliens to cross just this year. What’s worse, the poisonous drug fentanyl is pouring into our streets and has slaughtered tens of thousands of American kids without commentary from Joe Biden. It’s as if he doesn’t have the mental bandwidth to apprehend and process critical issues like the fentanyl epidemic.

Biden’s Department of Justice and Federal Bureau of Investigation have been politicized and radicalized. Most recently, Mark Houck, a Catholic anti-abortion activist, was arrested at his home by a phalanx of FBI agents. Disturbingly, while local and state authorities saw no criminality in Houck’s defense of his son from a rabid infanticide activist, Biden’s DOJ and FBI descended on Houck’s home, sending an unmistakeable message — the Biden administration is on the side of infanticide.

Biden’s America is less prosperous. With an economy firmly in the grip of recession, the Biden administration militates for more irresponsible spending from a congress controlled by marxist Democrats. Inflation gorges on the vast amounts of fiat currency injected into the economy while the nincompoop, Secretary of the Treasury, Janet Yellen, and the feckless Chair of the Federal Reserve, Jerome Powell, let slip the reigns of money creation through permissive policy and weak interest control. In fact, the boom/bust cycle of the economy is a creation of Federal Reserve tampering with a currency built on a foundation of ether.

Moreover, an estimated 45 billion in COVID relief fraud has been committed, without any effective response from a befuddled “president.”

Biden’s America is divided, embroiled in racial strife and divided between arbitrary economic classes. Equality is no longer the objective but equity — a marxist construct promising equality of outcome, but producing only the social turbulence necessary to make the ridiculous claims of collectivism seem possible and palatable.

Just days ago, Vice President Kamala Harris said something out loud that people of intelligence would have merely whispered between themselves. She actually proposed to divide hurricane Ian relief along race and economic lines. Distributing relief, “based on equity, understanding that we fight for equality but we also need to fight for equity, understanding not everyone starts out in the same place…” Harris’ statement is emblematic of the entire Biden administration’s religious adherence to marxist principles — the matrix through which they view all of reality is political. The state is their god.

The nice thing about professional Democrats is you can always count on them to respond to self-interest. Psaki, as are most other Democrats, is fleeing like a greasy rat from a sinking ship. Republicans just need to clip a few pages from the Trump playbook and man-up, take a stand, and pit themselves against the entrenched deep state — for a change.