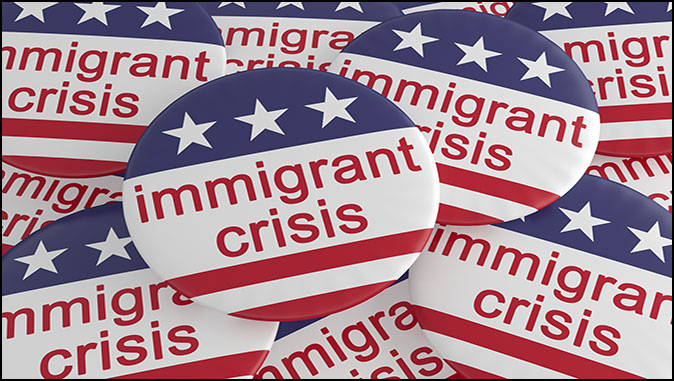 The New York Times described the Excluded Worker Fund as “by far the biggest of its kind in the country and a sign of the state’s shift toward policies championed by progressive Democrats.” But evidently, the fund is not big enough as far as the progressive advocates for illegal immigrants are concerned.

The Excluded Worker Fund is already running out of money. “To date, the state has distributed just over two-thirds of the fund, to about 128,000 people, a fraction of the nearly 351,000 claims that were received,” the New York Times reported on October 19th.

What else would you expect from yet another poorly conceived progressive Democrat program? Demand for the illegal immigrant subsidies has outstripped the money available to pay for them. The number of claimants to date has exceeded by over 20 percent the number of illegal immigrants that the Director of Immigration Research at a liberal think tank estimated last May would benefit from the program.

The situation will only get worse as the Biden administration continues to admit hundreds of thousands of illegal immigrants into the country and releases many of them, flying some individuals to New York.

The answer for the progressives is to throw more good money after bad. A progressive coalition calling itself Fund Excluded Workers tweeted on October 20th: “We call on @GovKathyHochul and the state legislature to add $3 billion to the Excluded Workers Fund in next year’s budget. The Governor and the State Legislature must finish the job and FULLY #FundExcludedWorkers.”

The progressive Democrat base in New York will almost certainly look at how hard Governor Kathy Hochul fights for this additional money in deciding whether to support her in next year’s gubernatorial election or back a more progressive candidate instead.

Bianca Guerrero, the campaign coordinator of the Fund Excluded Workers coalition, declared that “It’s not enough to finish the job that the last governor started; we need her to make sure that it meets the actual demand.”

Meeting the “actual demand” from a rapidly increasing number of illegal immigrants residing in New York will be an endless exercise, at least for as long as the Biden administration’s open border and catch and release policies remain in place.

“At least 160,000 illegal immigrants have been released into the U.S., often with little to no supervision, by the Biden administration since March – including a broad use of limited parole authorities to make more than 30,000 eligible for work permits since August,” Fox News reported, based on Border Patrol documents Fox News obtained.

The Biden administration is adding to the number of illegal immigrants in New York by flying unaccompanied illegal minors to New York State. “Planeloads of underage migrants are being flown secretly into suburban New York in an effort by President Biden’s administration to quietly resettle them across the region,” the New York Post reported on October 18th.

White House Press Secretary Jen Psaki confirmed the New York Post report, making light of it instead of explaining the secrecy surrounding the flights. According to Psaki, the underage illegal immigrants flown into New York were “en route to their final destination to be reunified with their parents or vetted sponsor.”

It’s not hard to imagine the illegal immigrant advocates demanding more New York State money to subsidize these newly arrived minors and their parents or sponsors.

The massive “Building Back Better” tax and spend bill that President Biden and his Democrat allies in Congress are trying to foist on the American people demonstrates the progressive left’s pro-illegal immigration priorities. They are seeking to extend the existing Child Tax Credit to illegal immigrant children. The financial impact would be massive.

The Democrats, led by their left-wing progressive base, have become the open border handout party for illegal immigrants.

The American Experiment By Dr. Jerry Newcombe Is the Biden administration governing in a way…

Iranian Terror Group Protected by Biden Aided Him in 2020 Election

Sex, Lies, and Sweet Book Deals A damning - and revolting - report comes out…