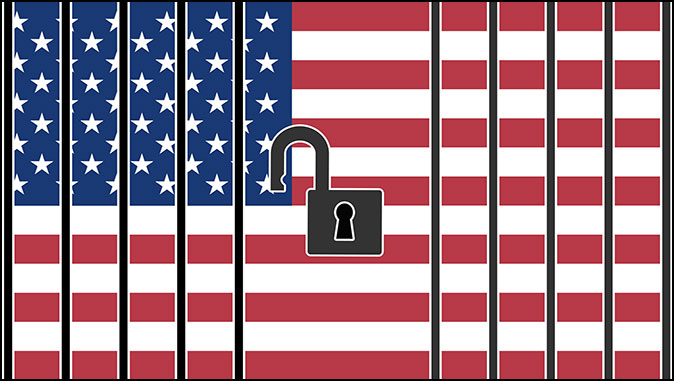 It has been said that “Beauty is in the eye of the beholder.”

The border crisis endangers national security, public health and public safety, yet for the Biden administration, the border crisis that creates consternation for most Americans, incredibly, is viewed as a success story by Biden and the radicalized Democrat Party.

As you will see shortly, Biden immigration policies are also important to human traffickers, drug smugglers, terrorist groups and American companies that move the money of all of the above and, incredibly, even the “fees” and ransom money paid to the human traffickers by aliens’ family members.

As I noted in my recent article, Biden Amps Up The Immigration Delivery System, the Biden administration’s refusal to declare a border crisis is more than a matter of semantics.

Over the past several decades, globalists in both major political parties have come to see immigration as a delivery system rather than a law enforcement system that is dedicated to protecting America and Americans.

This immigration delivery system delivers a virtually unlimited supply of cheap exploitable workers (and not just the illegal aliens who perform economic bottom rung low-skilled, physically demanding menial jobs, but increasing numbers of highly skilled alien workers who are granted visas to work legally in the United States). This delivery system also delivers a nearly unlimited number of foreign tourists (hence the continually expanding Visa Waiver Program), a huge number of foreign students including students from adversarial nations such as China, and a virtually unlimited number of clients for immigration law firms. Indeed, there are a significant number of immigration lawyers in both political parties.

Comprehensive Immigration Reform was never intended to get the “aliens out of the shadows” but to motivate aliens to head for the waiting rooms of immigration law firms.

To actually get the aliens out of the shadows, our government would need more ICE (Immigration and Customs Enforcement agents). But the hiring of more ICE agents has never been considered by either political party. Such agents would not only arrest illegal aliens but would likely uncover crooked employers, crooked lawyers and interfere with the immigration delivery system.

These politicians know where “their bread is buttered” and understand that they must act to satisfy the demands of those who write the fat checks. Simply stated, the term “campaign contribution” is Orwellian Newspeak for the actual appropriate term: “Bribe.”

No administration, however, has had the unmitigated chutzpah and utter contempt for the safety of America and Americans to do what the Biden administration is now doing, making an obvious concerted effort to remove any and all deterrents against illegal immigration and essentially put control of America’s southern border under the de facto control of the drug cartels and human traffickers (often one and the same).

In the past, the Border Patrol checked transportation facilities such as bus stations, train stations and airports to locate and arrest illegal aliens who evaded detection by the Border Patrol and were then heading to the interior of the United States.

Under Biden’s policies, however, the overwhelmed Border Patrol is now driving illegal aliens to bus terminals so that they can head for the interior of the United States!

Some of these aliens are not even being given immigration court dates because, as it now stands, the system is so overloaded that hearings for these aliens won’t be possible for years.

The failure to deter illegal immigration has encouraged a human tsunami of foreign nationals, from all over the world, including countries that sponsor terrorism, to head for the United States.

This has created a huge opportunity for the human traffickers and gangs to make unprecedented profits as more aliens seek their “services.”

On April 20, 2021 Vice reported, US Companies Are Helping Mexican Cartels Get Rich Kidnapping Migrants, noting that the wave of migration at the border is a boon for kidnappers, human smugglers, and the American businesses that handle their money.

Here is an important excerpt from the Vice report:

VICE World News reviewed 40 ransom payments made through money transfers in eight different kidnapping cases from 2014 through January of this year. Virtually all of the money flowed through U.S. companies, mostly through Western Union and MoneyGram but also Walmart and lesser-known companies like Ria. By our rough estimate, criminal organizations in Mexico have made around $800 million on migrant kidnappings alone over the past decade, and money-transfer companies received a cut on nearly every transaction through fees and exchange rates. American corporations are profiting from kidnappings.

Consider some experts from my 2019 article, Jihad At The Border:

On April 30, 2019 the Justice Department issued a press release, Jordanian National Pleads Guilty to Conspiracy to Bring Aliens into the United States, which noted that in 2017 the smuggler smuggled aliens from Yemen, a “Special Interest Country” into the United States without inspection from Monterrey, Mexico to Piedras Negras in Texas.

As I reported in a previous article, on January 29, 2019 the Senate Intelligence Committee conducted a hearing on Worldwide Threats that was predicated the “World-Wide Threat Assessment,” that was issued by Daniel Coats, the Director of the Office of National Intelligence, which oversees the U.S. intelligence community. Additional witness included the heads of the FBI, CIA and other agencies.

The threat assessment warned about the dangers posed by transnational gangs such as MS-13 and went on to report:

The foreign drug threat will pose continued risks to US public health and safety and will present a range of threats to US national security interests in the coming year. Violent Mexican traffickers, such as members of the Sinaloa Cartel and New Generation Jalisco Cartel, remain key to the movement of illicit drugs to the United States, including heroin, methamphetamine, fentanyl, and cannabis from Mexico, as well as cocaine from Colombia. Chinese synthetic drug suppliers dominate US-bound movements of so- called designer drugs, including synthetic marijuana, and probably ship the majority of US fentanyl, when adjusted for purity.

On April 17, 2018 the House Committee on Homeland Security, Counterterrorism and Intelligence Subcommittee, conducted a hearing on the topic, “State Sponsors Of Terrorism: An Examination Of Iran’s Global Terrorism Network.”

The prepared testimony of one of the witnesses, Dr. Emanuele Ottolenghi of the Foundation for Defense of Democracies, included this alarming excerpt:

This toxic crime-terror nexus is fueling both the rising threat of global jihadism and the collapse of law and order across Latin America that is helping drive drugs and people northward into the United States. It is sustaining Hezbollah’s growing financial needs. It is helping Iran and Hezbollah consolidate a local constituency in multiple countries across Latin America. It is thus facilitating their efforts to build safe havens for terrorists and a continent-wide terror infrastructure that they could use to strike U.S. targets.

Biden and his cohorts have discovered that indeed, “Crime does pay” and the cost is not only measured in money but in human suffering and even the loss of human lives.