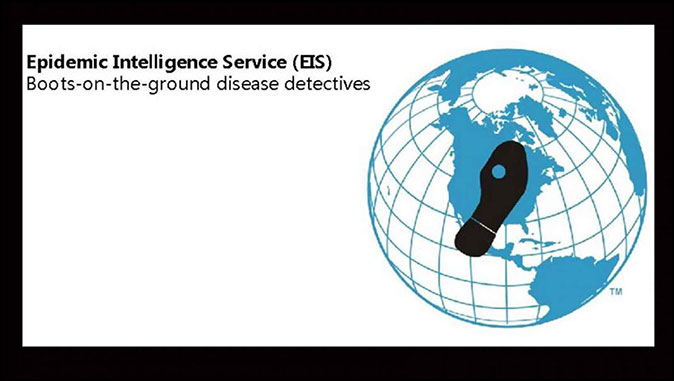 “I’m very sorry, but not this time. Maybe another time when this is all over.” That was Dr. Anthony Fauci last week, telling people not to invite unvaccinated family members to their home for Christmas. The Biden medical adviser also called for those vaccinated and boosted to stay away from gatherings of 30-50 people. As Fauci explained, “those are the kind of functions — in the context of COVID, and particularly in the context of Omicron — that you do not want to go to.” As 2021 closes out, those contexts have yet to gain the attention they deserve.

In early November, health workers in South Africa discovered the Omicron variant and on December 1, 2021, the Centers for Disease Control (CDC) announced the first Omicron case in the United States. In November, 2020, medical authorities in India identified the Delta variant of COVID-19, which swept through that country and the UK before arriving in the United States, “where it quickly surged.”

On December 12, 2019, according to the CDC, “a cluster of patients in Wuhan, Hubei Providence, China begin to experience shortness of breath and fever.” On January 17, 2020, the CDC deployed a team to Washington State in response to the first reported COVID-19 case in the United States. Americans had a right to wonder what their nation’s Epidemic Intelligence Service had been doing, if they knew that such a service existed.

The CDC deploys the EIS, as Diana Robeletto Scalera of the CDC Foundation explains, “to ensure epidemics in other countries do not hit American soil.” EIS disease detectives are “are the ones responsible and they take this role very seriously.”

The EIS had boots on the ground in China, but the disease detectives failed to stop the virus that causes COVID-19 from showing up in America. When the virus did show up, nobody from the EIS told the American people how that that had happened, how the EIS might have failed, or anything the EIS knew about the true origin of the virus.

The “service” itself dates back to the Korean War but in recent decades, considerable mission creep has become evident. As UC Berkeley molecular biologist Peter Duesberg noted in Inventing the AIDS Virus, the EIS came to be known as the nation’s “medical CIA.”

EIS vets have worked in the CDC other federal agencies, international bodies such as the World Health Organization, and they are also embedded in the media. EIS vet Lawrence Altman became a medical journalist for the New York Times and Bruce Dan served as a medical editor with ABC News and the prestigious Journal of the American Medical Association.

Such EIS activists rarely advertise their affiliation, and after the spring of 1993 the EIS membership directory was withdrawn from public view. As Duesberg learned, EIS members “constitute an informal surveillance network,” and can “act as unrecognized advocates for the CDC viewpoint, whether as media journalists or as prominent physicians.”

Prominent physician Dr. Nancy Messonnier began her public health career in 1995 as an Epidemic Intelligence Service “officer.” The University of Chicago medical school grad rose through the ranks to direct the CDC’s National Center for Immunization and Respiratory Diseases (NCIRD).

In a CDC telebriefing on January 17, 2020, Dr. Messonnier mentioned “the outbreak of pneumonia in Wuhan City, China, which has been identified as being caused by a novel coronavirus.” It was “a serious situation,” and the CDC official cautioned about travel to and from Wuhan. In a January 24 briefing, Dr. Messonnier said “we expect to find more cases of novel coronavirus in the United States associated with the ongoing and expanding outbreak in Wuhan, China.”

Sarah Owermohle of Politico wondered “what kind of dialogue are you guys are having with Chinese health authorities,” and “if there is any inkling” of where the novel virus is coming from. “CDC has a team that’s been in China for many years where we work closely with the Department of Health in China,” said Dr. Messonnier. “I think we should be clear to compliment the Chinese on the early recognition of the respiratory outbreak center in the Wuhan market, and how rapidly they were able to identify it as a novel coronavirus.”

In her January 29, 2020 CDC telebriefing, Dr. Messonnier confirmed that the CDC would be part of a “WHO mission” in China. In a January 30, telebriefing, the EIS veteran referred to “this new virus” without revealing how it differed from others.

In her February 3, 2020 telebriefing, Dr. Messonnier mentioned five additional infections from the “novel coronavirus,” four with travel history to Wuhan. On February 5, reporters asked about individuals returning from Wuhan. Dr. Messonnier said that was “not something that I’m at liberty to talk about today.” None of the reporters asked which government official was laying down the rules for Dr. Messonnier.

In her February 12, 2020 CDC telebriefing, Dr. Messonnier warned, “We should be prepared for this new virus to gain a foothold in the U.S.,” and “at some point, we are likely to see community spread in the U.S.”

In her February 25, 2020 CDC telebriefing, Dr. Messonnier told reporters, “It’s not a question of if this will happen but when this will happen and how many people in this country will have severe illnesses.” That drew a question from Craig Fiegener of KNX Radio in Los Angeles.

“Is the Chinese government leveling with you? Are they telling you the truth? Have they given you the straight dope, so to speak, as to what you need to know about the coronavirus?”

“In terms of the Chinese government,” Dr. Messonnier responded, “there has been a WHO team on the ground in China as well in Wuhan. There are data coming out from those efforts. We have a lot of information from China.” Whatever that information was, the EIS veteran did not give it to any reporters.

In a March 9, 2020 CDC telebriefing, Dr. Messonnier said, “There is risk of being exposed and getting sick from this virus and there is risk of getting very sick or dying from illness with this virus. This virus is capable of spreading easily and sustainably from person to person based on the available data. The report of the World Health Organization mission to China describes the virus as being highly contagious. And there’s essentially no immunity against this virus in the population because it’s a new virus.”

Tom Howell of the Washington Times asked about the link between travelers from China and coronavirus cases in Washington State. “I think that’s an interesting hypothesis,” Messonnier said. There were “alternate explanations of the same findings,” but the EIS veteran of the did not elaborate and kept silent on any role the CDC’s secretive intelligence service might have played.

In May 2020, CDC director Dr. Rachel Walensky hailed Dr. Messonnier as a “true hero” but failed to explain why the EIS veteran suddenly resigned from the CDC. Messonnier moved on to the Skoll Foundation, leaving behind questions about what she knew and when she knew it. In similar style, embattled Americans remained in the dark about role of the EIS with COVID-19 and past outbreaks.

Ebola was of African origin but according to the CDC the virus managed to reach the United States. In 2015 and 2016, “large outbreaks of Zika virus occurred in the Americas,” leading to “widespread transmission” in Florida and the US Virgin islands, with “limited local transmission in Florida and Texas.” No word from the CDC of EIS performance in these cases.

The CDC’s vaunted Epidemic Intelligence Service also failed to block COVID-19 and its Delta and Omicron variations from arriving stateside. As the failures indicate, the EIS now functions primarily as a surveillance network, with operatives embedded in media and government. Tasked to protect the people, America’s “medical CIA” faithfully backs the CDC viewpoint even when, as proclaimed by EIS veteran Dr. Nancy Messonnier, that viewpoint differs not at all from that of China and the WHO.

That calls for a full investigation but Joe Biden, who regards the Chinese Communists as “not bad folks,” is unlikely to approve. His advisor Dr. Anthony Fauci, who in early 2020 opposed President Trump’s travel ban on China, now seeks to limit travel and cancel the people’s freedom of association.

In homes and packed-out stadiums on Christmas Day, countless Americans ignored Dr. Fauci. That is a good sign going into 2020, but as Trump likes to say, we’ll have to see what happens. When the nation’s medical CIA can operate in secret, fail in its primary mission, and escape accountability, just about anything is possible.