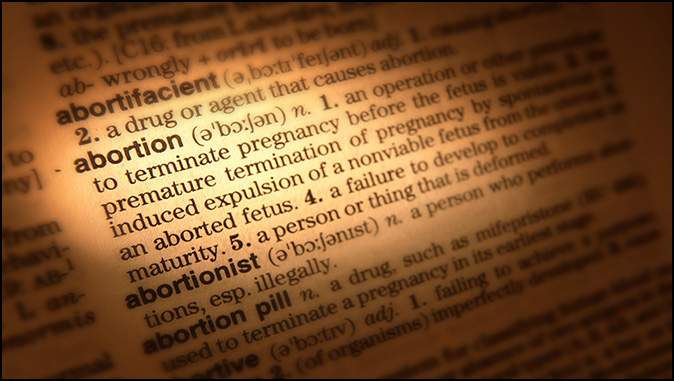 Roe v. Wade is dead, to begin with. There is no doubt whatever about that. The register of its burial was signed by Alito, Thomas, Kavanaugh, Gorsuch, and Barrett. Even John Roberts signed it. Old Roe v. Wade is as dead as a door-nail. But now what? Will this be the spark that finally touches off the new American civil war that has been simmering for so long?

The long-awaited decision, leaked earlier in hopes of intimidating the Justices into voting to uphold Roe, came at last on Friday morning, when the Supreme Court upheld Mississippi’s 15-week abortion ban in Dobbs v. Jackson.

“The Constitution,” declared the majority ruling, written by Justice Samuel Alito, “does not confer a right to abortion; Roe and Casey are overruled; and the authority to regulate abortion is returned to the people and their elected representatives. Guided by the history and tradition that map the essential components of the Nation’s concept of ordered liberty, the Court finds the Fourteenth Amendment clearly does not protect the right to an abortion.”

Roe v. Wade was astonishingly bad law from the beginning. It was the Court’s foremost example of contrived reasoning to reach a predetermined conclusion, setting a precedent for many similarly poorly argued decisions later. The Justices who voted to overturn it even likened it to the infamous 1896 decision Plessy v. Ferguson, which found a constitutional right to racial segregation. “Like the infamous decision in Plessy v. Ferguson,” Alito wrote, “Roe was also egregiously wrong and on a collision course with the Constitution from the day it was decided….The Court short-circuited the democratic process by closing it to the large number of Americans who disagreed with Roe.”

The decision took the Roe decision to task for ignoring 19-century state laws banning abortion and legislating from the bench: “Roe’s failure even to note the overwhelming consensus of state laws in effect in 1868 is striking, and what it said about the common law was simply wrong. Then, after surveying history, the opinion spent many paragraphs conducting the sort of fact finding that might be undertaken by a legislative committee, and did not explain why the sources on which it relied shed light on the meaning of the Constitution.”

But now what? Roe was based on federal overreach and shoddy reasoning, and the adherents of both are still very much with us. On Thursday, alleged Vice President Kamala Harris met with the attorneys general of Wisconsin, Nevada, Illinois, California, Delaware, New York and Washington state at the White House to discuss post-Roe strategies: “I have asked these attorneys general to meet with us,” Harris said, “knowing that they have a pivotal role to play in defending women’s reproductive freedom and their rights to make decisions about their own body. As reproductive rights are being restricted around our country and potentially by the Supreme Court soon, I think we believe, and we’ve started preliminary discussions about how Attorneys General have the power, may have the power at the very least, to issue guidance to ensure that the people of their state know their rights, that they have the power to assess and potentially challenged the constitutionality of laws that are being passed in their states.”

White House press secretary Karine Jean-Pierre said before the Dobbs decision came down that “if this happens, one of the things that I can say right now that we will do is call on Congress to restore Roe.”

This could also be the occasion for a revival of Court-packing schemes on the Left. With a few more Justices on the Court, Dobbs could be overturned by a 7-6 vote and federally mandated legal abortion reinstated.

If legal avenues fail, there is always the Left’s other favored weapon of choice: violence. Live Action’s Lila Rose pointed out Thursday that “Since the Dobbs v Jackson draft was leaked, pro-abortion activists have: -Vandalized 16 churches -Vandalized at least 16 pro-life pregnancy centers -Firebombed 4 pro-life pregnancy centers and offices -Attempted to assassinate a Supreme Court Justice Where’s the outrage?” Pro-abortion activists have been threatening violence if Roe was overturned, and even Biden’s Homeland Security department paused from hunting for “white supremacists” for a moment on Friday to warn Catholic churches to prepare for a “night of rage.” The DHS memo tells churches to be ready for “extreme violence.”

That “extreme violence” is likely to target more than just Catholic churches. Indeed, nothing is much less likely than the possibility that Leftists will take Dobbs in stride and concentrate on making sure the individual states allow them to continue their sacrifices to Moloch. Will the Dobbs decision be the Fort Sumter moment that touches off a new civil war? The nation holds its breath.