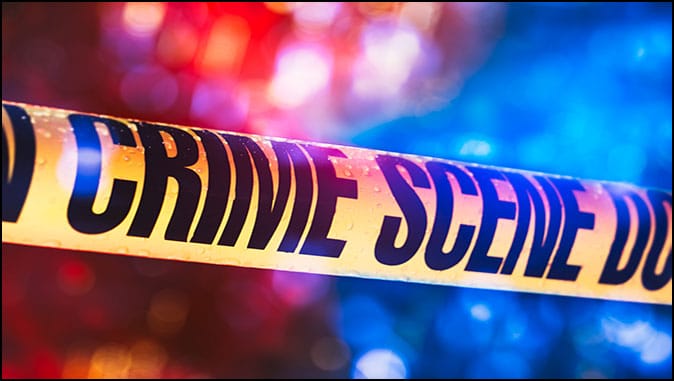 Over the Juneteenth weekend, 9 people were shot in Harlem. Among them was Darius Lee, an aspiring basketball player from the mostly black neighborhood, who was the only one killed in the mass shooting. The wounded included two women and six men in a shooting that began over the filming of a rap video.

Over 40 shots were fired.

Elsewhere in the Big Apple, a gunman ran up to three men in Queens and opened fire with a rifle, wounding two and killing one. Dwayne Whyte was arrested in the shooting.

“When is enough going to be enough? When we gonna put these guns down?” a community liaison asked after the Harlem attack.

“The emboldened individuals responsible for this are exactly who our officers are battling every day to make our city safe,” NYPD Commissioner Keechant Sewell said.

The New York mass shootings were one of a number of shootings over the Juneteenth weekend.

In Washington D.C., the “Moechella” illegal street party “celebrating black culture and protesting gentrification” turned into an even more illegal firefight with one killed and three wounded.

“We have a child who was killed today at an event that did not have any proper planning for the number of people who were here and with guns involved,” DC Mayor Muriel Bowser complained.

But Chase Poole, the 15-year-old boy, had his own gun on him and had been shot twice before, including once this year.

One of the wounded was a D.C. cop.

Moechella organizers posted a statement thanking everyone for coming to the “Juneteenth activation” and declaring that Moechella is a “symbol of black culture in dc and is built on the foundation of peace.”

“At some point and time, we have to say enough is enough,” a neighborhood activist said. “It’s not enough to wax poetic about what police do to Breonna Taylor, or about what happened to George Floyd if we don’t also have the same level of care and concern for what’s going on in our communities.”

In Los Angeles, Juneteenth came to Obama Boulevard as two were shot in a car near a Target store, killing a 17-year-old boy but leaving two 4-year-olds in the back seat unharmed.

In Philly, nine Juneteenth shootings wounded six and killed three. One of the deadliest incidents happened at a cookout where the crowd was watching an NBA game before a drive-by shooting killed one and wounded another.

On the southwest side of San Antonio, Juneteenth was marked with a drive-by mass shooting at a family BBQ. Seven people were shot and two of them killed.

“I did hear some of the kids screaming, ‘that’s my dad, that’s my dad'”, one witness described.

There had already been a previous drive-by shooting at that same house back in May.

In Columbus, Ohio, three people were shot during Juneteenth as “two groups of males” got into an argument and “pulled handguns and began shooting at each other.” The Columbus Dispatch describes shootings in the area as a “not uncommon occurrence.”

In Chicago, where the lack of shootings would be more uncommon, 47 people were shot in honor of Juneteenth. The victims included an 11-year-old girl. A 16-year-old boy was also shot in the arm and a 17-year-old girl was grazed by a bullet. Fredrica Coleman, a black 36-year-old woman, was shot and killed.

At the Tysons Corner Mall in Fairfax, Virginia, Juneteenth was rung in when rapper No Savage allegedly opened fire at the mall during an argument before driving away in a black Cadillac. The Washington D.C. rapper was easily identifiable by a neck tattoo that reads, “SAVAGE”.

Three shoppers were injured while fleeing the shooting.

In Baltimore, five people were killed and 10 wounded over Juneteenth weekend.

That neighborhood has seen 8 murders in the past few months and two just on that block alone.

One of the Baltimore dead was Trevon White, the owner of a soul food eatery, who had given an interview before the shooting.

“Baltimore City is a great place to open a business,” he claimed.

Shortly thereafter he was dead.

In Indianapolis, three people were shot at a gas station, but witnesses refused to cooperate. The city has hit a new record with over 100 murders in less than six months for only the third time in its history.

In New Orleans, 14 people were shot over Juneteenth weekend. Two of them have died. In Milwaukee, there were 14 shootings that wounded 15 and left 3 people dead. In Detroit, there were two shootings in a single park in which four victims, all black, were shot, one of them fatally. In Nashville, a man with tattoos over his eye and on the back of his neck opened fire at a garage at Rep. John Lewis Way.

The media made much of Biden creating Juneteenth National Independence Day last year and the celebrations this year. There are articles on how to celebrate Juneteenth without “cultural appropriation”. But it might be better to celebrate it without violence and mass shootings.

Slavery is long since over, but black communities across the country remain in thrall to crime.

It isn’t “systemic racism” that threatens black people, but everyday violence that takes no holidays, that erupts just as regularly on Martin Luther King Day and on Juneteenth, and on streets named after Obama and Rep. John Lewis. Externally the solution may be police and a functional criminal justice system, but internally the change has to come from within.

It’s been a long time since black people needed to be liberated from white people.

Activists act as if the critical issue is a liberation from some nebulous external force, systemic racism, white supremacy, white privilege, or unconscious bias. Black Lives Matter activists and successful politicians, businessmen and generals claim that they feel threatened by police. But the sad truth is that, like the rest of us, the enemy and the threat comes from within.