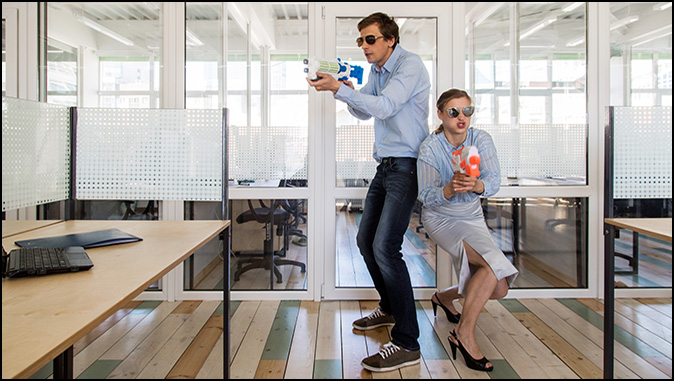 But New York’s Governor Hochul has made it clear that, along with legislative majority leaders in the failed state, criminals will remain free to roam the streets even after they’ve been arrested with no bail and nothing resembling security for crime victims.

Hochul has angrily shot down calls even by fellow Democrat, Mayor Eric Adams, to let his city lock up criminals again.

Instead, Hochul’s war on guns hits its absurd limit by going after toy guns.

Gov. Kathy Hochul signed a bill Tuesday banning realistic-looking toy guns that are black, blue, silver or aluminum to prevent them from being used to commit crimes like robberies.

In order to distinguish them from real firearms, the legislation requires that imitation weapons be white or a bright color like red, orange, yellow, green, blue, pink or purple, or be made out of completely transparent or translucent materials.

There’s no way a mugger who’s willing to commit a robbery will do something crazy like…repaint a gun.

Gov. Hochul is really on the slow bus even by gun control standards.

“From now on, however, toy guns in New York will no longer be mistaken for real weapons,” said State Sen. Brad Hoylman.

Not a problem since New York is awash in actual guns wielded by actual criminals.

State Sen. Brad Hoylman, D-Manhattan, has said crime overall has not increased as a result of bail reform.

In a statement on his legislative website, Hoylman, who serves as Chairman of the New York State Senate Judiciary Committee acknowledged that there has been a sharp increase in gun violence and homicides, but he said it’s in line with a nationwide trend across cities, urban, suburban and rural areas.