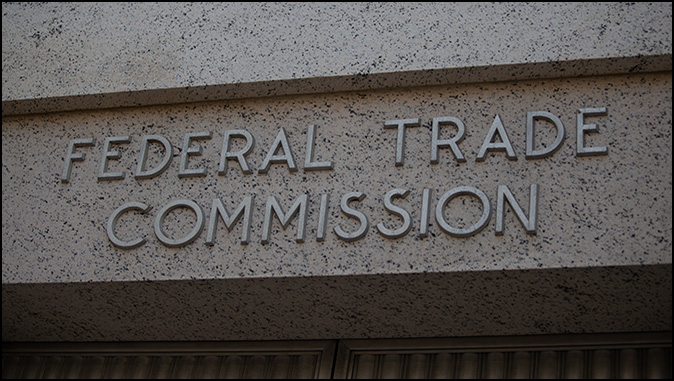 Now the FTC Is Going After Musk Over Twitter
How much do the political elites hate freedom of speech?
By Robert Spencer

How much do the political elites hate the freedom of speech? Enough to pull out all the stops to prevent self-professed “free speech absolutist” Elon Musk from taking over Twitter. Now the Federal Trade Commission (FTC) is stepping in to “review” Musk’s purchase of Twitter, looking into whether or not the takeover violates antitrust laws.

If the FTC is genuinely worried about protecting “the process of competition for the benefit of consumers,” it should be investigating the other social media giants for their lockstep enforcement of policies that restrict the speech of those who dissent from the Left’s agenda. That’s the real monopoly here, and it is Elon Musk who has broken it.

If Musk owned a number of other social media companies, the FTC might have some cause for concern. But Tesla makes electric cars. SpaceX is all about space exploration. Neuralink is a neuroscience company. The Boring Company is devoted to developing high-speed travel methods. Musk’s purchase of Twitter will bring the number of social media companies he owns to one.

So why is the FTC even considering an antitrust review of Twitter? The answer is obvious: the FTC is part of today’s political establishment, which is dominated by Leftists who don’t believe in the freedom of speech and are trying to destroy it in the name of stamping out “hate speech” and disinformation. The FTC today is full of people who believe that Old Joe Biden’s Disinformation Governance Board is a grand idea, and that their friends, colleagues, and allies ought to have the power to silence anyone who says things they believe are false, hateful, or damaging in whatever way.

Also part of this establishment is the Open Markets Institute, which claims to “address threats to our democracy, individual liberties, and our national security from today’s unprecedented levels of corporate concentration and monopoly power.” Yet instead of fighting against the social media giants’ monopoly of Leftist speech restrictions, OMI Director Barry Lynn is going after Musk’s acquisition of Twitter. Lynn stated, “The Open Markets Institute believes the deal poses a number of immediate and direct threats to American democracy and free speech. Open Markets also believes the deal violates existing law, and that the Federal Communications Commission (FCC), the Department of Justice (DOJ), and the Federal Trade Commission (FTC) have ample authority to block it.”

This is a rancid pile of hooey, and Lynn likely knows that. The FTC may well block the deal, but if it does, it will be because the establishment determines that such a block would be the most effective way it can deal with the problem Musk presents, not because it actually has the authority to do so or because there is any actual justification for not allowing the deal to go through.

Even worse is Lynn’s claim that Musk’s purchase of Twitter “poses a number of immediate and direct threats to American democracy and free speech.” This is straight-up Orwellian “War Is Peace” territory. Twitter right now is a far-Left propaganda platform on which saying that a man can’t be a woman (although that has relaxed somewhat since news of Musk’s acquisition) and that there was chicanery involved in the 2020 presidential election can get you banned. Innumerable people who have spoken out in various ways against the Left’s fantasies and delusions have been banned; others remain but are heavily shadowbanned, which means that they might as well be gone, as hardly anyone ever sees what they say aside from a few people of like mind.

And so we have the free speech defenders warning about the free speech absolutist, and the FTC contemplating a move against the man who is breaking up a monopoly. That’s the world we live in today.