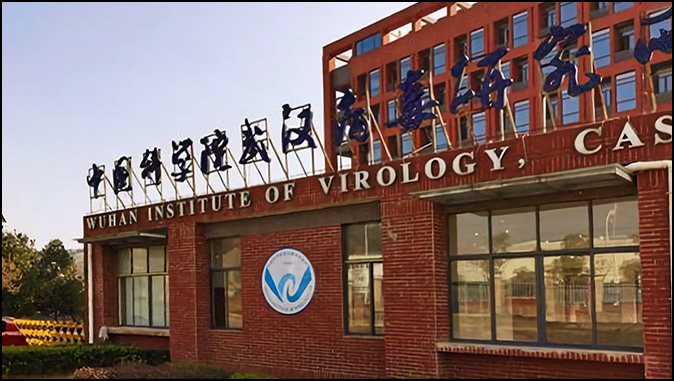 NIHilist Collaboration Puts China in Charge
At the request of China, NIH bosses concealed key data about the origin of Covid.
By Lloyd Billingsley

The National Institutes of Health (NIH) “eliminated from public view” data about the early genomic sequences of COVID-19, acting NIH director Lawrence Tabak told Congress last week, admitting that the NIH concealed the data at the request of Chinese scientists.

Tabek told a House Appropriations subcommittee that the NIH did not destroy the sequence but “it just did not make it available for interrogation.” Rep. Jaime Herrera Beutler asked if the NIH was able to “withdraw public viewing” of the data. Tabak said “that’s correct” but implied that the concealment had been “an error,” due to “old technology.” The NIH boss leaves room for reasonable doubt.

As Vanity Fair reported, the information could resolve whether the Covid virus leaked from the Wuhan Institute of Virology or arose naturally in the wild. China’s Communist dictatorship has refused to participate in an investigation of the issue.

The notion that the virus arose naturally in the wild is speculation, not science, which involves empirical inquiry, testing, and replication. On the other hand, evidence that the virus leaked from the Wuhan Institute of Virology (WIV), its likely place of origin, has been steadily mounting.

This dangerous cargo came from Canada’s National Microbiology Lab (NML) where Dr. Qiu, a Chinese national, ran the special pathogens program. In 2017 and 2018, Dr. Qiu made at least five trips to the Wuhan lab. Dr. Anthony Fauci, director of NIAID, the National Institute of Allergy and Infectious Diseases, funded gain-of-function research, which makes viruses more lethal and transmissible, at the WIV.

In early 2020, Fauci opposed President Trump’s ban on travel from China. In similar style, the CDC’s Dr. Nancy Messonnier delivered a series of press briefings that faithfully echoed China’s talking points. In May of 2022, after all the ravages of the pandemic, Lawrence Tabak admits that, at the request of China, the NIH concealed crucial data about the origin of Covid virus. The acting NIH boss, a dentist (DDS) with a PhD in oral biology, has also made news on another front.

It recently emerged that from 2010 to 2020 NIH scientists and leaders raked in $350 million in undisclosed royalties. This is public information but heavy NIH redactions concealed the amounts paid to Collins (14 payments) Fauci (23 payments) and Fauci’s deputy Clifford Lane with eight payments. As Adam Andrzejewski of Open the Books noted, this was different than in 2005, when the revelations included the name of the official, the amount, and the third-party payer.

As journalist John Solomon revealed in 2005, Fauci and Lane were collecting royalties on an AIDS treatment, but they failed to tell the patients the NIH employees were receiving royalties from pharmaceutical companies and device makers. For Andrzejewski, this is a conflict of interest “on its face.”

For NIH boss Lawrence Tabak, it was only “an appearance of a conflict of interest.” This from a man who, since 2010, served the NIH as deputy ethics counselor. That raises another issue.

In her 1995 book, The Search for an AIDS Vaccine, Fauci’s wife Christine Grady said children and pregnant women were suitable subjects for drug trials and touted “the availability and effectiveness of AZT.” As Fauci and Grady had to know, AZT (azidothymidine), marketed as Zidovudine, is a DNA chain terminator rejected for cancer treatment because of excessive toxicity.

In 2012, the National Institutes of Health named Christine Grady chief of the NIH bioethics department. The NIH announcement did not disclose that Grady is the wife of Dr. Fauci, who heads a key NIH agency. If Tabak saw anything unethical about concealing the Fauci-Grady relationship, nothing emerged in the record. As Tabak had to know, Dr. Fauci’s wife as NIH bioethics boss was a conflict of interest, not just the appearance of one.

The NIH inspector general explored that theme in the 2019 report, “NIH Has Made Strides in Reviewing Financial Conflicts of Interest in Extramural Research, But Could Do More.” So NIH ethics counselor Lawrence Tabak had to know that actual conflicts of interest were going on. Under Tabak, the NIH is concealing them, just as the agency concealed data about the origin of Covid at request of China.

Like Fauci, Collins, and Biden “disinformation” boss Nina Jancowicz, Lawrence Tabak is a professional prevaricator, a key job qualification under current conditions. Like the scene at the end of George Orwell’s Animal Farm, embattled Americans look from the Biden Junta to China and find it hard to tell which is which.

The Chinese are “not bad folks,” Biden said in 2020. In 2022 and beyond, it’s all about memory against forgetting.

Will the Supreme Court Decision Force Young Women to Confront Sexual Reality? Could it just…