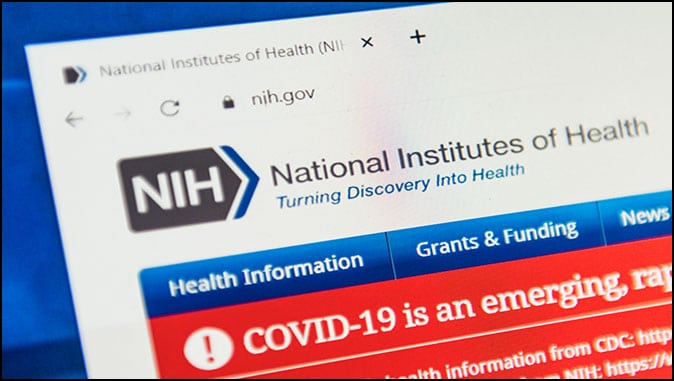 With secret police chief Merrick Garland siccing the FBI on parents at school board meetings and the social media giants continuing to cut the ground out from under dissenting voices, the Biden administration has not exactly provided a welcoming place for the freedom of speech. However, Francis Collins, the outgoing director of the National Institutes of Health (NIH), thinks there is still altogether too much of it. Collins wants those who are spreading “misinformation” to be “brought to justice,” and pronto.

It’s disconcerting to see an official of the United States government (the NIH is an agency of the Department of Health and Human Services) coming out so openly against a fundamental right guaranteed in the Bill of Rights and hallowed by over two centuries of precedent, but as far as Collins is concerned, the need to curtail the freedom of speech is urgent. He said Friday, “Conspiracies are winning here. Truth is losing. That’s a really serious indictment of the way in which our society seems to be traveling.”

Collins was referring to what he said was misinformation about America’s doctor, Anthony Fauci. According to The Washington Post, Fauci’s National Institute of Allergy and Infectious Diseases (NIAID) wasn’t really funding experiments involving the gratuitous torture of puppies. The Post admitted that “NIAID was initially listed as a funder on the study in a paper in a scientific journal in late July,” but claimed that “the researchers and the medical journal corrected the error.”

Collins was indignant over the fact that people still believed Fauci was involved in the puppy torture, fuming: “Truth is supposed to be truth, and the fact that your truth would be so heavily modified by your social circle or where you get your news tells you we’re in real trouble.”

All right. Maybe Fauci is as kind to dogs as that renowned animal lover, Adolf Hitler, was. Maybe. But if NIAID did not fund the experiments, why was it listed as doing so in the first place? Was the NIAID removed from the list of funders only when the experiments started to receive unwelcome media attention? When Fauci has contradicted himself numerous times about the usefulness of wearing masks and not even followed his own recommendations, would it really be wise to accept at face value everything that the NIH and other agencies claim is true?

That’s what Francis Collins wants, and more: he wants those who contradict his wisdom to be punished. He finds it appalling that “somebody’s Facebook post carries as much weight as a statement from the director of the CDC about what is the truth of a public health crisis.” The Post lamented the alleged fact that “the rapid-fire spread of misinformation has altered public opinion of the pandemic and coronavirus vaccines,” and claimed that “some 6 in 10 Americans say they either believe the government is exaggerating the number of deaths from the virus or aren’t sure. Nearly 1 in 4 Americans believe covid-19 shots contain microchips or don’t know if the claim is true.”

There is ample reason for this widespread distrust: the government has so often proven itself to be untrustworthy. Most notoriously, Collins and Fauci themselves were caught lying about the NIH funding gain-of-function research at the Wuhan lab where the COVID-19 virus originated. And then there has been all the stonewalling about the side effects of the COVID vaccines. As PJ Media’s Stacey Lennox noted in September, “The FDA already states that the highest risk for pericarditis and myocarditis following the Pfizer-BioNTech vaccine is in young men between the ages of 12 and 17. There is no information about long-term risks associated with a young man suffering from heart disease following vaccination, yet schools and colleges are moving to mandate them. It is a complete inversion of what Western societies have traditionally done. We are subjecting young men to an unknown risk because adults are suffering from media-induced mass hysteria.”

Collins is unrepentant, however, and enraged that some people are calling for Fauci to resign: “Do you then want to hand a victory on a platter to the people who have made up stories and incessantly thrown around information that is absolutely untrue to try to take him down? You want to say okay, they win?”

Why, no, Frank. The only problem is that it’s not altogether clear right now whether it is you or the people you’re targeting who are actually the ones spreading the misinformation. If you get your way and those you claim are spreading misinformation are silenced, in blithe disregard of the First Amendment, it may turn out later that those who are smeared as spreaders of misinformation are actually telling the truth. Remember Hunter Biden’s laptop, and how all the self-appointed guardians of acceptable discourse labeled as “misinformation” what turned out to be entirely accurate reporting on its contents? You wouldn’t want that to happen again, would you? While you’re pondering that question, Dr. Collins, you fascist, kindly also tender your resignation and never appear in the public square again.