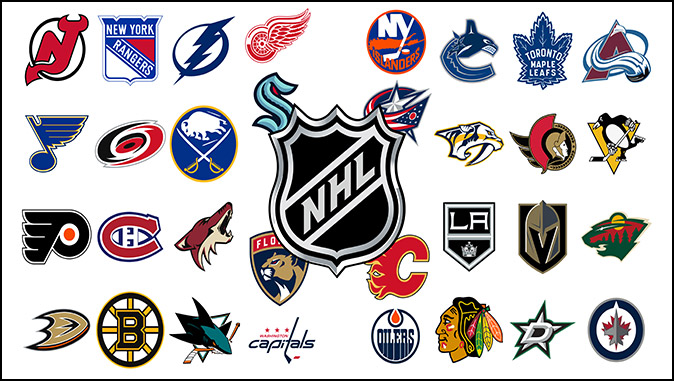 NHL Backtracks After DeSantis’ Office Blasts League for Whites-Need-Not-Apply Job Fair
Thanks to DeSantis, sanity has prevailed.
By Robert Spencer

The National Hockey League (NHL) is so worried about being racist that it ended up being more racist than Bull Connor, but lucky for the hockey moguls, Florida Gov. Ron DeSantis’ office was there to save the league from itself. Thanks to DeSantis, sanity has prevailed, and the NHL’s planned racist event in Fort Lauderdale has now been opened up to people of all races. The type of racism the NHL was practicing, however, is not only acceptable but favored on the Left, and so we are certain to see much, much more of it, despite the fact that the racists lost this time.

It all started when the NHL scheduled an event called the “Pathway to Hockey Summit” for Feb. 2, during the 2023 NHL All-Star Game festivities, offering help to “diverse job seekers who are pursuing careers in hockey.” As is so often the case when it comes to the Left, “diverse” doesn’t mean actual differences among people, but simply that the event was open only to the Left’s designated victim groups. According to a Fox News report on Saturday, the league posted this notice on LinkedIn, and later deleted it when the firestorm began: “Participants must be 18 years of age or older, based in the U.S., and identify as female, Black, Asian/Pacific Islander, Hispanic/Latino, Indigenous, LGBTQIA+, and/or a person with a disability. Veterans are also welcome and encouraged to attend.”

So the NHL wants to give you a job if you are disabled or gay or are a man who thinks you’re a woman, or if you’re black or Hispanic, but if you’re an able-bodied white guy who likes girls and loves hockey and would jump at the chance to work in the National Hockey League, you might as well stay home. What does being disabled or gay or trans or black have to do with working for the NHL? Absolutely nothing, of course, except that the league can then virtue-signal about its commitment to “diversity” and “inclusion.”

The NHL’s madness goes back to last October (at least), when the Associated Press stated that a 24-page report that was presented to the league’s Board of Governors and distributed to multiple internal committees showed that fully “83.6% of the NHL’s workforce is white and that men make up nearly 62% of the total.” Even worse, “more than 90% of players and nearly all coaches and officials are white.” The NHL did not receive this as a simple statement of fact kki but as an indictment.

Kim Davis, the NHL’s executive vice president of social impact, growth, and legislative affairs, emphasized that this report was the prelude to concerted action to make sure that hockey would henceforth be a multiracial, multicultural extravaganza: “The whole purpose behind doing a workforce study,” she said, “is to provide a baseline: a fact-based baseline so that you can begin to develop very intentional and specific strategies around where you need to hire, how you need to hire, how you need to improve your brand. This is a good start, but there’s a ways to go.” NHL Commissioner Gary Bettman added the findings of the report will lead to policies “that will produce the greatest impacts in the years to come.”

Davis noted that the process had already begun, saying: “A number of those steps are already in progress. You can’t expect to recruit (Black, Indigenous, and people of color) folks to work in the league if you don’t at the same time have your stadium fan code of conduct underway so people feel like the sport is really serious about growing the fan base. You also have to make sure that you are reaching out to the communities from a youth participation perspective, so all of those efforts are underway.”

The jobs fair in Fort Lauderdale was one of those efforts at recruitment, but the league ran afoul of DeSantis’ press secretary, Bryan Griffin, who said sensibly: “Discrimination of any sort is not welcome in the state of Florida, and we do not abide by the woke notion that discrimination should be overlooked if applied in a politically popular manner or against a politically unpopular demographic. We are fighting all discrimination in our schools and our workplaces, and we will fight it in publicly accessible places of meeting or activity.” Griffin accordingly called upon the NHL to “immediately remove and denounce the discriminatory prohibitions it has imposed on attendance to the 2023 ‘Pathway to Hockey’ summit.”

In response, the NHL didn’t backtrack but tried to cover its tracks, saying that the “original wording of the LinkedIn post associated with the event was not accurate. The Pathway to Hockey Summit is an informational and networking event designed to encourage all individuals to consider a career in our game — and, in particular, alert those who might not be familiar with hockey to the opportunities it offers.” The league said the event was open to everyone.

That’s swell, but it’s no real indication that the NHL will henceforth be hiring on the basis of merit rather than wokeness. Hockey? Pah. There are more important things for the NHL to be concerned about.