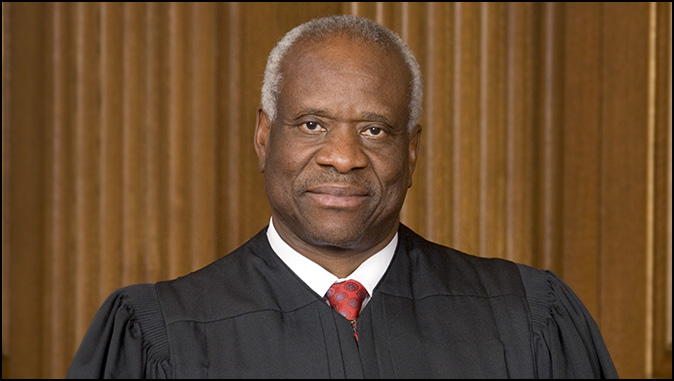 Being able to carry a firearm in New York for self-defense is nigh impossible even as governors Cuomo and Hochul essentially eliminated bail and opened prisons, filling the streets with criminals, and sending crime rates skyrocketing, while pro-crime DAs like Manhattan’s Alvin Bragg add to the crime wave.

The ones most affected by crime are black people who are likeliest to live in high crime neighborhoods.

Justice Thomas and a majority of the court ruled that the right to bear arms can’t be restricted. New York State Rifle & Pistol Association v. Bruen, as summed up, states that, “The State of New York makes it a crime to possess a firearm without a license, whether inside or outside the home. An individual who wants to carry a firearm outside his home may obtain an unrestricted license to “have and carry” a concealed “pistol or revolver” if he can prove that “proper cause exists” for doing so.”

New York’s dysfunctional Democrat regime which unleashed a massive crime wave is taking this decision with the expected grace and dignity.

Gov. Hochul ranted that the law was “reprehensible” and “frightful in its scope.” And claimed that “it could place millions of New Yorkers in harm’s way.”

Does Hochul knows what’s actually reprehensible and has placed “millions of New Yorkers in harm’s way”? Her decision to refuse to lock up criminals. Cuomo’s puppet claimed that the rights of criminals were more important than those of crime victims.