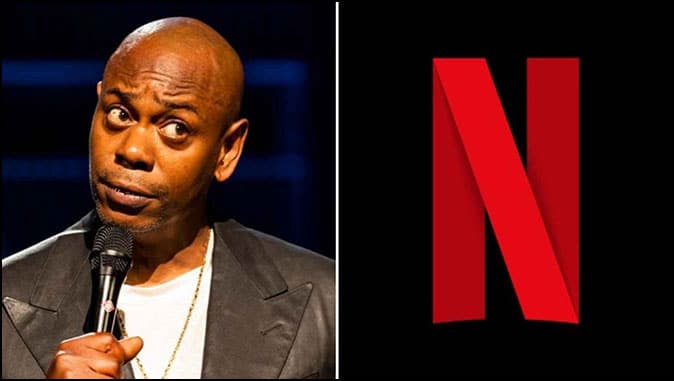 Stand-up comedian Lenny Bruce stood up for his right under the First Amendment to deliver cutting-edge comedy to audiences, irrespective of its offensive content. He was working against impossible odds at the time. After being convicted of obscenity charges in New York in November 1964, stemming from his performance at a Greenwich Village café, Bruce was blacklisted by nightclubs across the country for fear that they would be caught up in his legal troubles. Bruce died a broken man at the age of 40.

Lenny Bruce did not live long enough to see the path he forged for comedians of future generations, who wanted to make audiences laugh at themselves and society with controversial routines. However, not all is copacetic in today’s toxic cancel culture world.

For example, while no longer facing arrest and conviction for saying what is on his mind, one of today’s most controversial comedians is in the crosshairs of cancel culture’s self-proclaimed enforcers of politically correct speech. He is the Emmy-winning black comedian David Chappelle.

Thankfully, however, this time the bullies are not getting their way. Chappelle is pushing back against them in his comic routines. Netflix, which has been presenting his specials under a multiyear package deal, is standing by him. Lenny Bruce would be cheering Chappelle and Netflix on.

The latest flashpoint is Chappelle’s special entitled The Closer, which first aired on October 5th. This program has infuriated transgender activists and their supporters, inside and outside of Netflix. They accuse Netflix of providing Chappelle a platform for alleged transphobic hate speech.

Chappelle aligned himself with another target of cancel culture because of her transgender comments, the best-selling author of the Harry Potter series J.K. Rowling. Rowling was lambasted for objecting to the use of the politically correct phrase, “people who menstruate,” rather than using the normal word “women” when talking about menstruation.

Rowling expressed what should be an obvious and non-controversial point: there are two biological sexes, male and female. As a matter of course, biological men don’t menstruate. But you can’t say that anymore without coming under fire from the cancel culture bullies.

“They canceled J.K. Rowling – my God,” Chappelle said in defense of Rowling during The Closer comedy special. “Effectively, she said gender was a fact, the trans community got mad as [expletive], they started calling her a TERF [trans-exclusionary radical feminist].” Chappelle added that he identifies as a “TERF” himself.

Some Netflix employees were enraged and demanded that their employer sever its ties with Chappelle and remove The Closer from its lineup.

One trans employee tweeted that Chappelle’s special “attacks the trans community, and the very validity of transness.” The employee attributed violence against transgenders to supposedly harmful speech without presenting any proof of a causal connection.

But Netflix’s senior management did not cave. Co-CEO Ted Sarandos wrote a memo to employees explaining Netflix’s position on freedom of expression and declaring that “we have a strong belief that content on screen doesn’t directly translate to real-world harm.”

“Our goal is to entertain the world, which means programming for a diversity of tastes. This member-centric view has driven our growth over the last 20 years, despite all the competition, and remains Netflix’s north star today. We also support artistic freedom to help attract the best creators, and push back on government and other censorship request,” Sarandos explained. He added that “we’ll always have titles some members and employees dislike or believe are harmful.”

Sarandos’s defense of artistic freedom enraged the cancel culture bullies even more. Some employees have threatened to stage a walkout.

Reed Hastings, Netflix’s other co-chief executive, tried to engage in a dialogue with some upset company employees over the company’s internal message board. One employee asked rhetorically whether Netflix was “making the wrong historical choice around hate speech.” Hastings responded that he believed Netflix was making “the right long term choice” through its commitment to “artistic expression and pleasing our members.”

Hastings also wrote this in response to another employee’s claim that Chappelle’s words were harmful: “In stand-up comedy, comedians say lots of outrageous things for effect. Some people like the art form, or at least particular comedians, and others do not.”

When an employee accused Chappelle of displaying a history of homophobia and bigotry, Hastings replied: “We disagree with your characterization and we’ll continue to work with Dave Chappelle in the future. We see him as a unique voice, but can understand if you or others never want to watch his show.”

Netflix’s senior management refused to apologize to the woke crowd for its programming selections, while recognizing that they cannot please all the people all the time. The good thing about a free society is that people usually get to choose what they want to say and hear.

Those people who think Chappelle’s brand of comedy is offensive or harmful have plenty of other programming on television and online to choose from. Nobody is forcing anybody else to watch Chappelle, subscribe to Netflix, or work at Netflix.

A small number of vociferous people with hurt feelings, objecting on social media to this or that person’s expressions of opinion on controversial subjects, have no right to force the rest of us to submit to their code of politically correct speech.

Banishing Dave Chappelle from Netflix, where many enjoy watching this highly popular comedian perform, is censorship by mob rule.

At least one transgender comedian, Flame Monroe, is defending Chappelle’s Netflix special and understands what is at stake if cancel culture prevails. “As a comedian, I believe that I don’t want to be censored,” Monroe said on TMZ. “I think that nothing is off-limits.”

“The world has become too censored.” Monroe added, “If you are in a room and you are uncomfortable, you are free to leave.”

Trans activists and their supporters have cherry-picked certain of Chappelle’s jokes out of context to dramatize their portrayal of him as transphobic. But Chappelle’s humor in The Closer is not aimed at attacking transgender people in general or making fun of the suffering that some of them have endured. “I am not indifferent to the suffering of someone else,” Chappelle said.

Chappelle is mocking the lengths to which trans activists are willing to go in trying to make all of us accede, including in the language we use, to the notion that one’s gender is invariably nothing more than a personal preference.

How absurd extreme trans ideology can be is demonstrated in this “expert” statement submitted to a federal court by a Duke University School of Medicine professor, who has also served as the director of the Duke Center for Child and Adolescent Gender Care:

“It is counter to medical science to use chromosomes, hormones, internal reproductive organs, external genitalia, or secondary sex characteristics to override gender identity for purposes of classifying someone as male or female.”

We might as well edit or throw away all those biology textbooks that have reached a different conclusion, based on real science, for so many years if political correctness wins the day.

Chappelle is pushing back at such nonsense. He uses humor to reject the demand that one’s gender preference must rule in all societal settings, irrespective of the impact on the vast majority of people in terms of such matters as privacy rights and fair competition in sports.

Chappelle is also telling us not to divide ourselves into warring tribes, nor to take ourselves so seriously.

Towards the end of The Closer, Chappelle recounts a heartbreaking story of a trans woman comedian, Daphne Dorman, whom he had met in San Francisco. Chappelle grew to respect Dorman both professionally and as a friend. He used the trans comedian to open some of his own shows. After Dorman tragically committed suicide in 2019, Chappelle set up a trust fund for the trans comedian’s daughter.

Chappelle joked that he hoped to tell the daughter someday that he knew her “father,” who “was a hell of a woman.”

“I don’t know what the trans community did for her,” Chapelle said during the conclusion of The Closer, “but I don’t care because I feel like she wasn’t their tribe. She was mine. She was a comedian in her soul.”

Dorman’s two sisters came to Chappelle’s defense, as Daphne Dorman herself had done. “Daphne was in awe of Dave’s graciousness,” Dorman’s sister Becky wrote in a text to the Daily Beast. “She did not find his jokes rude, crude, off-coloring, off-putting, anything. She thought his jokes were funny. Daphne understood humor and comedy—she was not offended. Why would her family be offended?”

Dorman’s younger sister Brandy wrote in a Facebook post about Chappelle and The Closer that “At this point I feel like he poured his heart out in that special and no one noticed. What he’s saying to the LGBTQ family is, ‘I see you. Do you see me? I’m mourning my friend in the best way I know how. Can you see me? Can you allow me that?’… This was a call to come together, that two oppressed factions of our nation put down their keyboards and make peace. How sad that this message was lost in translation.”

The cancel culture bullies are not listening. They want their pound of flesh. Kudos to Netflix for not giving it to them.