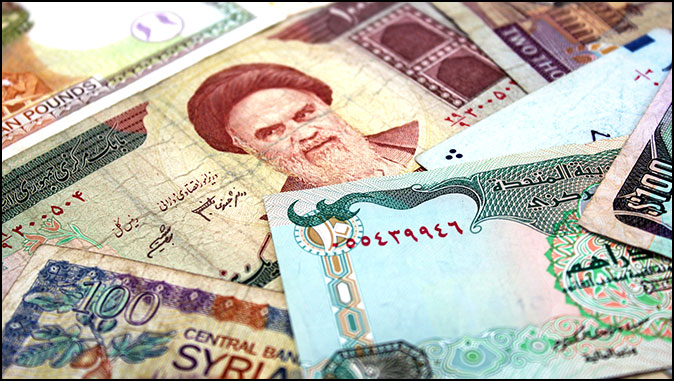 Broward County Commissioner Barbara Sharief is one of many Democrats vying for the congressional seat (Florida CD20) previously held by now-deceased US Representative Alcee Hastings. Whoever wins the November 2nd Democratic Primary will most likely be the district’s next officeholder, and Sharief has placed herself in a good position for victory. Her support is a matter of controversy, though, as part of it has come from radical mosques and terror-related groups. This includes money contributions, as her latest campaign financial disclosure reveals funds from Islamist leaders. Will Sharief allow her votes in office to be bought by extremists?

Since Barbara Muhammad Sharief has been running for US Congress, she has made it a point to visit all of the radical mosques in the area. During a candidate forum in September, she said she was “extremely blessed” to be able to do so. Sharief spoke at the Islamic Center of Boca Raton (ICBR), which was co-founded by a Hamas website designer and a former assistant to Palestinian Islamic Jihad leader Sami al-Arian, and she spoke at Pembroke Pines-based Darul Uloom, which has been a haven for al-Qaeda operatives and whose imam was thrown off a number of community boards for his public vitriol against homosexuals.

On October 21st, Sharief released the latest financial disclosure report for her campaign. Contributing $1000 in September and $300 in July was local Islamist leader Yunus Ismail. Ismail is the Broward County Representative for the South Florida Muslim Federation (SoFlo Muslims), the Treasurer of Friends of Humanity International Inc (FHII), a group that Sharief, herself, has claimed involvement with, and the Executive Secretary of the Islamic Center of Weston.(ICW).

The Muslim Federation is an umbrella group for the vast majority of South Florida’s radical Muslim institutions, including the previously mentioned ICBR and Darul Uloom. Another Federation mosque is the Margate-based Masjid Jamaat Al-Mumineen (MJAM). MJAM’s website features a library filled with texts promoting female genital mutilation, death punishments for homosexuals, stoning of women, and labeling of Jews and Christians as “the enemies of Islam.” In May 2011, the FBI arrested the MJAM’s imam, Izhar Khan, who serves on the Federation’s Council of Imams, and charged him with helping to finance the Taliban.

FHII is the brainchild of Mohammed Javed Quereshi, the man who introduced Islam to convicted al-Qaeda operative “Dirty Bomber” Jose Padilla. Padilla had plotted to set off a radiological bomb inside the US. FHII has partnered with the Muslim Federation, ICNA and Islamic Relief (IR), a group that has been banned by a number of nations and has been designated by Israel as a front for Hamas, for different events. One event, this past June, featuring all four groups, was a “Palestine Relief” project “to help raise money for needy families in Gaza.”

ICW, in February 2018, hosted a speech by ICNA rep Syed Ammar Ahmed, who, eight years earlier, joked about “threatening to blow up” a school, where he partook in a debate. ICW Director Faisal Haroon has used social media to promote several videos featuring notorious anti-Semites Kenneth O’Keefe and TruNews host Rick Wiles. In the videos, O’Keefe: claims the US government is owned by Israel; refers to the Holocaust as “so-called Holocaust”; says 9/11 was carried out by “billionaire Jewish businessmen”; and labels Jews “traitors.” In March 2019, Haroon was caught by Facebook posting “false information” about India’s dealings in Kashmir.

In July, Sadiq Ali, the Secretary of the Islamic Center of South Florida (ICOSF), contributed $1000 to Sharief’s campaign. ICOSF is owned by the North American Islamic Trust (NAIT), a group named by the US government a co-conspirator to the financing of millions of dollars to Hamas. In a 2000 sermon he gave, ICOSF’s imam Hasan Sabri denounced America as an “enemy” and threatened Muslims who accept her assistance. Rasheed Mahamad is ICOSF’s Daawa Director. Mahamad, who has taken photos with Sharief, is also the Assistant Secretary of AMANA, a group that has been condemned by the ADL for its promotion of anti-Semitism.

Also in July, Zafar Qureshi, a board member for the Muslim Communities Association of South Florida (MCA) and the Medical Director and Vice President of the Pak American Clinic, contributed $500 to Sharief’s campaign. MCA a.k.a. Islamic Center of Greater Miami (ICGM) is a member of the Islamic Society of North America (ISNA), which, like its relation NAIT, was named by the US Justice Department a co-conspirator to the funding of Hamas. MCA hosts Muslim Federation meetings, including those featuring ‘Taliban Imam’ Izhar Khan. The Pak American Clinic partners with ICNA to sponsor events.

No doubt, South Florida Muslim leaders Yunus Ismail, Sadiq Ali and Zafar Qureshi affiliate themselves with those who wish America and her democratic friend in the Middle East, Israel, harm. Shame on Barbara Sharief, who is running for high office in the US, for accepting money in her campaign from such individuals. Sharief should do the right thing by renouncing the contributions and giving back the money. But because of Sharief’s public friendship with so many fanatical Muslim entities, one should expect that Sharief will do nothing of the sort.

Barbara Sharief, a calculating politician, has unfortunately allowed herself to be bought by radical Islam. Whether the voters will also be remains to be seen.