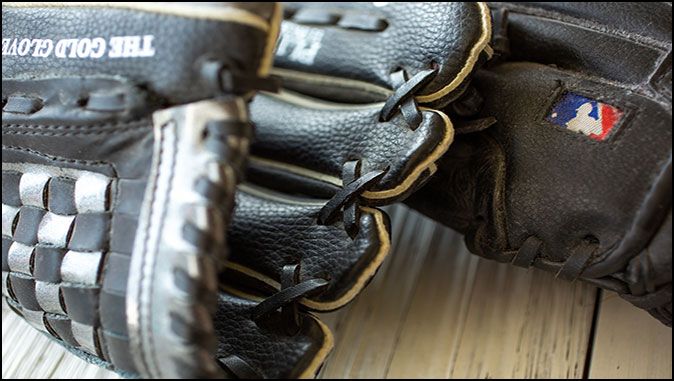 MLB Can’t Lay a Glove on Georgia
By Tony Perkins

If the Left wanted to make an example out of Georgia, they succeeded — just not the way they intended. Five days into the Democrats’ election law hysteria, Governor Brian Kemp’s (R-Ga.) grit is winning the messaging war and inspiring millions of incensed Americans to start fighting right along with him. After months of conditioning corporations to do their radical bidding, Joe Biden, Stacey Abrams, and their co-conspiring CEOs have finally overplayed their hand. The pack of lies they tried to pass off about Georgia’s voting reforms is coming back to bite them. And the blowback for baseball is just the beginning.

After a weekend of fierce pushback from Kemp and other Republican leaders, even CNN wanted to know if Joe Biden was going to change the way he talks about Georgia’s voting reforms. At Monday’s press briefing, a Fox News correspondent pointed out that the Washington Post did give him “four Pinocchios.” When Jen Psaki fell back on tired talking points, another reporter asked again. “The president does acknowledge that the new law doesn’t change election day voting hours, right?”

That was just the beginning of a very uncomfortable day for the Left’s floundering campaign against Georgia. Stacey Abrams, one of the main cogs in the Democrats’ misinformation machine, turned to full-on damage control. Atlanta’s businesses, who stand to lose millions of dollars by the MLB’s knee-jerk reaction to move the All-Star Game, were out in force, calling the decision “crushing.” Black restaurant owners like Tudy Rodney couldn’t believe that they’ll be forced to reap what the far-Left’s deception sowed. “We are trying to build back from a pandemic that happened last year, and something like this is not good for business.” Now, Abrams, who was the loudest voice in the room, is trying to absolve herself of all guilt. “Like many Georgians, I am disappointed that the MLB is relocating the All-Star game…” It’s a little late for that, most people say.

Then came the national response — one bruising volley after another. Senator Marco Rubio (R-Fla.) began pointing out baseball’s hypocrisy in China and Cuba, then demanded to know if MLB Commissioner Rob Manfred was prepared to back up his woke crusade personally. “I am under no illusion that Major League Baseball will sacrifice business revenue on behalf of its alleged corporate values,” Rubio wrote. “Similarly, I am under no illusion you intend to resign as a member from Augusta National Golf Club. To do so would require a personal sacrifice, as opposed to the woke corporate virtue signaling of moving the All-Star Game from Atlanta.”

Senator Rand Paul (R-Ky.) urged Americans to hit back at Coke and Delta with their wallets. “They started it,” he insisted. If the MLB and its CEO pals want to boycott Georgia, then Americans need to boycott them. “This is the only thing that will teach them a lesson. If Coca-Cola wants to only operate in Democrat states and wants only Democrats to drink Coca-Cola, God love them… We’ll see how well they do when half of the country quits drinking Coca-Cola.” Southwest Airlines, watching this public feud escalate, made the wise decision not to weigh in. When celebrities started pounding the company to pull out of Texas, where a similar election reform effort is underway, they refused.

Other officials, like Governor Greg Abbott (R) in Texas, started publicly distancing themselves from baseball altogether. Abbott, who was scheduled to throw the first pitch at the Rangers’ game, pulled out, pledging not to host a single MLB-wide event in his great state. “This decision does not diminish the deep respect I have for the Texas Rangers baseball organization,” he said, but “it is shameful that America’s pastime is being influenced by partisan politics.”

Then came the counter-attacks from black conservatives like Rep. Byron Donalds (R-Fla.), who made it clear that every African American should offended by the Left’s phony racial narrative about this bill. It’s “disrespectful,” he argued. “It is literally the soft bigotry of low expectations,” he said angrily. “And what’s worse is, they never show data about black people [not having] access to IDs or [how] it disproportionally affects them… It’s outrageous…”

Look, Governor Kemp said on “Washington Watch” Monday, “I don’t think [Democrats] really care what the bill actually says.” This false narrative is “all based on a lie that Joe Biden and Stacey Abrams have been spreading before they even read the bill. They have alternative motives here, quite honestly…” This law, as even state officials have pointed out, doesn’t limit voting — it expands it, more than most liberal states.

“One hundred thirty four of 159 counties will actually be offering more early voting hours or more election hours than they were in the last election because of the way this bill levels the playing field,” the governor explained. “So the whole argument about… keeping working men and women from voting. Well, obviously, if we were doing that, we wouldn’t be adding an additional Saturday that people could vote.” The state is also adding one ballot dropbox per county, which wouldn’t have existed without this law. Not to mention, Kemp went on, “We’ve been using voter ID to vote in person since the mid-2000s… They act like we’re creating the hardship. That is not the case… It’s hard to really come out and say that the president of the United States is lying about this bill. But that’s exactly what he’s doing.

The reality is, he says, “This playbook was written weeks ago before the final version of the bill came together before I signed it into law. So, it’s really condescending to the American people and the hardworking folks around our country… But I do believe it is a ‘woke-up’ call, if you will. People are really opening their eyes to this. I mean, if you can’t keep sports out of politics, especially Major League Baseball, [then] what’s next? And that was really my charge to people not only in Georgia but across the country. We’ve got to unite against this cancer culture.”

And thanks to his courage, Americans are. They see Governor Kemp at the tip of the spear, standing strong, and it’s given others the boldness to do the same. We commend him — not just for defending Georgia — but for putting wind in the sails of every other reform effort in the nation.