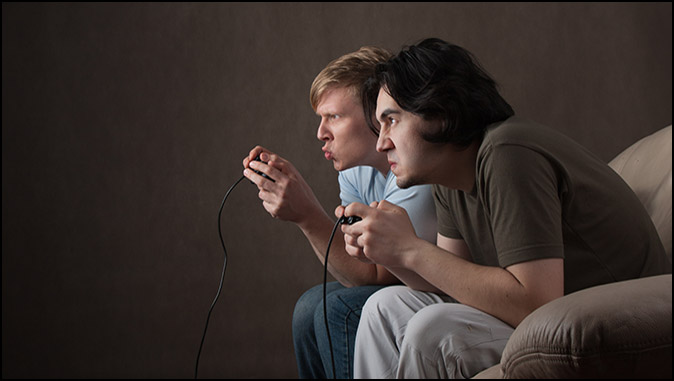 Leftists live in a massive fantasy world in which men can become champion female swimmers and women can become mediocre male ones, white supremacists are the biggest terror threat the nation faces, and Jan. 6 was an “insurrection.” The Leftist fantasy world also features vicious white racists constantly harassing innocent and noble “people of color.” Such incidents are in short supply in the real world, and so the Left has to shore up its narrative by inventing them wherever possible.

To that end, the Massachusetts Institute of Technology (MIT) has now developed a video game in which the fun never stops: players can stop “a white woman from the Midwest” from harassing a hijabed Muslim from Malaysia on an airplane. Want to become a fearless crusader against pandemic (indeed, systemic) white racism? “On the Plane” is the game for you.

According to a recent report in the Washington Examiner, “On the Plane” is a “virtual reality role-playing game.” MIT explains the game’s scenario in this way: “Situated on an airplane, players can take on the role of characters from different backgrounds, engaging in dialogue with others while making in-game choices to a series of prompts. In turn, players’ decisions control the outcome of a tense conversation between the characters about cultural differences.”

What could be more fun than a video game featuring dialogue and tense conversation? Once you grab your copy of “On the Plane”, you get to “engage with three characters: Sarah, a first-generation Muslim American of Malaysian ancestry who wears a hijab; Marianne, a white woman from the Midwest with little exposure to other cultures and customs; or a flight attendant.”

Now, this could be interesting if both Sarah and Marianne are given the opportunity to confront their prejudices and false assumptions, but no such luck. In the Left’s world, only a “white woman from the Midwest with little exposure to other cultures and customs,” not a “first-generation Muslim American of Malaysian ancestry who wears a hijab,” could possibly have any prejudices or false assumptions in the first place. And so we are told before we even start playing how the interaction is supposed to work out: “Sarah represents the out group, Marianne is a member of the in group, and the flight staffer is a bystander witnessing an exchange between the two passengers.”

Caglar Yildirim, whom the university describes as “an MIT Computer Science and Artificial Intelligence Laboratory (CSAIL) research scientist who is a co-author and co-game designer on the project,” explains: “This project is part of our efforts to harness the power of virtual reality and artificial intelligence to address social ills, such as discrimination and xenophobia. Through the exchange between the two passengers, players experience how one passenger’s xenophobia manifests itself and how it affects the other passenger. The simulation engages players in critical reflection and seeks to foster empathy for the passenger who was ‘othered’ due to her outfit being not so ‘prototypical’ of what an American should look like.” But remember, the “white woman from the Midwest” isn’t being stereotyped or “othered” at all.

The game won’t allow you to imagine a scenario in which the hijab-wearing Muslim woman has xenophobic attitudes toward the Midwestern white woman. In the Left’s world, that would be inconceivable! The game, however, is not entirely one-sided: it “grants players a chance to alter their standing in the simulation through their reply choices to each prompt, affecting their affinity toward the other two characters. For example, if you play as the flight attendant, you can react to Marianne’s xenophobic expressions and attitudes toward Sarah, changing your affinities.” What fun.

Not surprisingly, this ridiculous and offensive game is part of MIT’s Initiative on Combatting Systemic Racism. MIT Professor Fotini Christia explains: “In a post-9/11 world, Muslims often experience ethnic profiling in American airports. ‘On the Plane’ builds off of that type of in-group favoritism, a well-established finding in psychology. This game also takes a novel approach to analyzing hardwired bias by utilizing VR [virtual reality] instead of field experiments to simulate prejudice.” That’s wise as it’s much easier to find virtual prejudice of this kind than the real thing. These people aren’t at MIT for nothing.

Still, they could have set the bar higher for themselves. Instead of creating a game that drearily reflects all the Left’s prejudices, they could have built a game around, say, the experiences of Trevor Bickford, the young man from Maine who recently converted to Islam and stabbed two cops in Times Square. They could have had players make the series of choices that led Bickford to embrace jihad violence or guide him to a saner, safer pathway. That might really have been interesting as well as illuminating. But it might not have conformed to the Left’s narrative, and so for MIT, no dice.