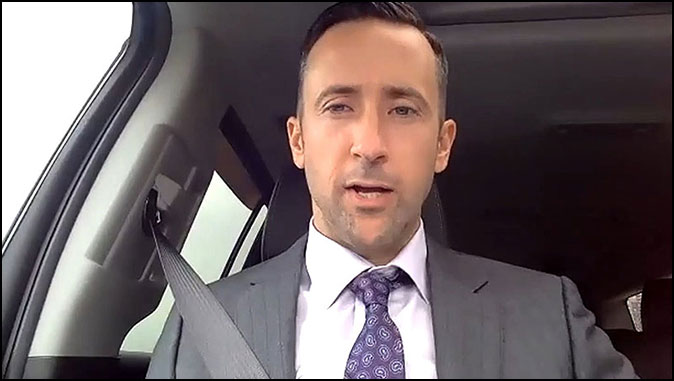 MassResistance interviews Canadian Member of Parliament about two extreme bills that would oppress pro-family Christians across the country.
A frightening insight into what is happening in Canada – and what could be coming to the rest of the world.
September 1, 2021

Derek Sloan is a Canadian Member of Parliament representing a district in the province of Ontario in the House of Commons. He is greatly admired across the country for being a strong pro-family conservative.

MP Sloan told us that he appreciates the work that MassResistance did to expose what was happening to Rob Hoogland. He was pleased to speak with us about two horrendous bills that were introduced in the House of Commons which have shocked Canadians across the country:

Bill C-6 would effectively ban so-called “anti-LGBT conversion therapy” in all forms, including discussions by pastors and ministers and even admonitions by parents to their children. It is possibly the broadest such bans in the world that would cover an entire nation. Violations of the law would carry outrageous punishments, including fines and prison terms of up to five years. The legislation would appear to contradict Canada’s Charter of Rights and Freedoms, i.e., their national constitution.

Bill C-36 is an expansive and tyrannical “hate crimes” bill that would make almost any ambiguous online criticism of the LGBT movement or other anti-family cause a federal crime carrying severe punishments. It even allows punishment of people who have a “potential” to post hate speech online. In addition, the law could be applied retroactively.

MP Sloan discussed how these two bills got such momentum and the manipulative forces behind them. He also gave us a fascinating insider’s view of the political climate in the Canadian Parliament and in Canada in general regarding the “culture war.” He was interviewed by Arthur Schaper, our National Organization Director.

In particular, MP Sloan walked us through how the LGBT movement used a strategy of lies and fear tactics to push Bill C-6 forward through Parliament. This is especially upsetting because the enormous influx of children in Canada now declaring themselves to be “transgender” or “gay” cries out for therapy that could be lifesaving for them, or at least save them from disfiguring surgery or medical procedures that would render them sterile. That bill is basically child abuse.

At the time the interview took place (July 16), Bill C-6 had easily passed the House of Commons and was headed to the Senate where it would also easily pass. Bill C-36 was about to be voted on in the House of Commons. However, on August 15, Prime Minister Justin Trudeau called for a federal election to take place on Sept. 20, 2021. This effectively killed all the bills currently in Parliament. However, both of these bills will surely be brought back in the next session, since they represent a major political goal of the LGBT movement in Canada.

As MP Sloan describes, these bills represent the larger direction that the political establishment in Canada is taking the country. Even though most Canadians are privately not that extreme, they tend to go along with it because the special interests (such as the LGBT movement) have become extremely powerful and intimidating, and because people tend to just react rather than think things through. This situation is very dangerous for any society.

Is this where the US and other countries are headed? The terrible government oppression of people like Rob Hoogland and Bill Whatcott who have stood up to this lunatic movement, may be providing a glimpse of the future.