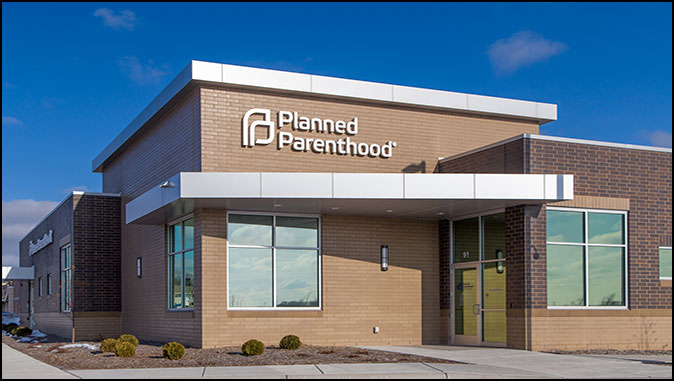 Margaret Sanger’s Racist Legacy
Her infamous organization has been lying and covering for her for decades.
By Dinesh D’Souza

Originally posted at The Epoch Times.

In my movies, “Hillary’s America” and “Death of a Nation,” I portrayed Margaret Sanger, the founder and longtime leader of Planned Parenthood, as an out-and-out racist. My evidence for this was overwhelming:

– Sanger was never an advocate of birth control per se; she wanted birth control of the people she considered unwanted people in society, a group she termed “undesirables” and “human weeds.”

– Sanger’s goal was to create “a race of thoroughbreds,” a term evocative of the goals of the Nazis. She drew a sharp line not so much between black and white as between “fit” and “unfit.” By fit she meant whites, but only educated, upper-class whites. By unfit, she meant pretty much everyone else.

– In 1926 Sanger spoke to the Women’s Chapter of the Ku Klux Klan in New Jersey about her ideas for reducing the black birthrate. The racists loved it; other speaking invitations followed.

– Sanger also created what she called the Negro Project at Planned Parenthood, designed, in her words, to get rid of “human beings who should never have been born.” She recruited black pastors and activists and paid them to convince black people to reduce their birthrates, by sterilization if necessary.

– In one of her letters, Sanger said, “We do not want word to get out that we are trying to exterminate the Negro population.”

– The Nazis based their racist sterilization laws on American models developed by Sanger and others; Sanger herself praised the Nazi laws as more advanced than anything passed in the United States.

It’s a crushing indictment. Even so, Planned Parenthood portrayed Sanger in glowing terms, downplaying her eugenic and racist positions and insisting she was a progressive champion of women’s rights and human rights. Feminist authors such as Ellen Chesler wrote devotional biographies of Sanger, reinforcing Planned Parenthood’s propaganda line.

Johnson gave a partial, though sufficiently damning, list of Sanger’s racist positions and actions, and then concluded, “We must fully take responsibility for the harm that Sanger caused to generations of people with disabilities and Black, Latino, Asian-American and Indigenous people.” In effect, Planned Parenthood has now officially disavowed its own founder and most famous figure.

Interestingly, the groundwork for this was laid around a year ago, when Planned Parenthood of Greater New York removed Sanger’s name from its Manhattan health clinic and also called on city leaders to remove Sanger’s name from a street sign that hung outside its offices.

“The removal of Margaret Sanger’s name from our building is both a necessary and overdue step to reckon with our legacy and acknowledged Planned Parenthood’s contributions to historical reproductive harm within communities of color,” remarked Karen Seltzer, chair of the New York affiliate’s board.

What makes the New York group’s, and now the national organization’s, about-turn so significant is that they’re not only changing course but also admitting that they’ve been lying and covering up for a racist founder for decades. In effect, they’re admitting that my portrait of Sanger as a bigot and Nazi apologist was basically right.

Yet some conservatives have ridiculed these apologies, and dubbed them nothing more than a “rebranding strategy” of Planned Parenthood. Roland Warren, CEO of Care Net, said that “for me, this was kind of like changing the name of Auschwitz.”

The good news is that Planned Parenthood is finally being honest about its racist origins. Think how ridiculous this makes previous Planned Parenthood leaders—some of them black—who knowingly protected a vicious racist. Think of where this leaves Ellen Chesler, who pushed the old institutional propaganda and has now been exposed as a fraud. Or Hillary Clinton, who got the Margaret Sanger award from Planned Parenthood and gave a disgusting paean to Sanger, saying she regarded her as a mentor and a personal inspiration. She must be feeling very uncomfortable right about now.

The bad news is that Planned Parenthood has no intention of changing its dedication to abortion rights or to making abortion easily available—perhaps even encouraged—in minority communities. So the founder’s racist vision, although no longer pursued under the Margaret Sanger banner, is still being carried out in terms of her organization imposing disproportionate casualties on the very communities Sanger wanted to see shrink and eventually disappear from the face of the earth.