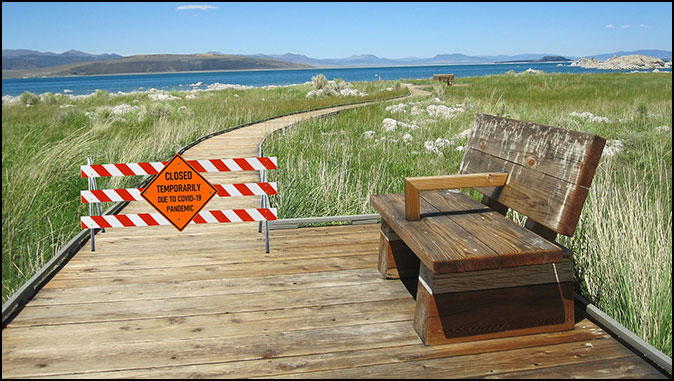 It would be one thing if these draconian, unscientific, arbitrary lockdowns worked. But they don’t.

The evidence is now overwhelming and unmistakable. Any who denies that fact betrays an anti-science, anti-data mindset that gives the lie to the “we just follow the science, we just follow the data” mantra we hear constantly from those who drove us into this dark abyss.

While the subject of whether masks work has been covered in another column, further support for the futility of tyrannical “just wear the mask” diktats comes from Kansas, where John Hinderaker points out that a chart of Kansas counties shows that “the ‘no-mask’ counties have consistently outperformed the ‘masked’ counties…(they) continue to show far fewer cases than those where masks are required.” Thus, if we’re gonna follow the data, Kansas would tell us that not only do masks not work, you’re far better off without them.

Minnesota Governor Tim Walz’s lockdown orders are the strictest in the Upper Midwest. Neighboring states of South Dakota and Wisconsin, by comparison, are citadels of freedom. Yet, writes Hinderaker, Minnesota’s COVID fatality rate is nearly double Wisconsin’s, and more than double South Dakota’s. Moreover, both of those states’ economies have suffered far less than Minnesota’s. In fact, according to Carr, “Minnesota has both the highest per capita rate of COVID fatalities in the Upper Midwest and the highest rate of growth of jobless claims–a remarkable exacta of policy failure.”

Lyman Stone, an adjunct fellow at the American Enterprise Institute, sums his research up this way: “Here’s the thing: there’s no evidence of lockdowns working. If strict lockdowns actually saved lives, I would be all for them, even if they had large economic costs. But the scientific and medical case for strict lockdowns is paper-thin.”

Numerous medical studies indicate that the typical time span from first exposure to death is twenty to twenty-five days. This means the earliest the positive effect of lockdowns could be experienced would be 20 days. If a decline was experienced before the 20 day mark had been reached, something else, other than the lockdown, would have to be responsible.

In Spain, Italy, France, and Lombardy deaths peaked and began to decline before the lockdowns began, meaning the drop in the death rate was not due to lockdowns but to some other cause or causes.

Stone writes, “The same lack of correlation shows up in virtually all eleven cases I could find with publicly available data on total deaths in areas that have had COVID lockdowns. Across those eleven areas, the average region saw its death spike begin to decline about fifteen days after it went into lockdown, five days too early for even the most optimistic theories on what a lockdown might do.”

Sweden and the Netherlands are two nations which did not go into lockdown, yet are doing as well as any other nation and significantly better than most. The countries that have the best control records – Taiwan, Korea and Hong Kong – did not ever go into lockdown. “This is all consistent with the idea that lockdowns are not a decisive factor in determining the scale of mortality a society experiences during an outbreak of COVID-19.”

Sweden’s death rate dropped to zero at the same time New York’s did. But Sweden did not ever lock down, while New York Gov. Andrew Cuomo and Mayor Bill DeBlasio engaged in a dizzying and frenetic display of flailing about, shutting down anything and anyone that moved. That didn’t get them to a zero death rate any sooner than Sweden, and they had far more deaths than Sweden along the way. New York, in fact, has a higher per capita death rate than any nation in the entire world.

Daniel Horowitz at Conservative Review crunched the numbers, including those connected to massive mask mandates, and concluded, “It is now settled fact that lockdowns and mask mandates have no effect on the spread of a respiratory virus.”

These mindless, irrational, and pointless lockdowns have had other horrible side effects as well. Children are virtually immune to COVID, and yet they are losing precious education time because people frightened by imaginary dangers have shuttered their schools. (Children are more than three times as likely to die from the flu or pneumonia than from COVID).

Calls to suicide hotlines are up 600%. Domestic violence reports have doubled and even tripled. Thousands of Americans who could have had cancer detected through routine screenings didn’t. Prescriptions for anti-depressants and anti-anxiety meds are way up.

Bottom line: America has been stupendously duped in three major ways. Americans by the boatload now believe that masks work (they don’t), that lockdowns work (they don’t), and that hydroxychloroquine doesn’t work (it does). It turns out, with gullible and naive Americans, you can fool most of the people all the time. Shame on us.

John Hinderaker writes, “There is a growing body of empirical evidence, both nationally and internationally, that strongly suggests the cataclysmic shutdowns that have been imposed by governments both here and abroad have been more or less useless.”

America, it’s time to get woke about COVID. Stop letting them lie to you. It’s long past time to resume normal behavior. It’s time to go back to school, play college football, fill baseball stadiums, go to the beach, go out to eat with friends, go to church, find a doctor who will prescribe hydroxychloroquine (if you need it), terminate the mask orders with extreme prejudice, and trash incarceration-in-place orders. Let’s breathe some fresh air and get back to being America again. TODAY.

An Election Between Love and Hate