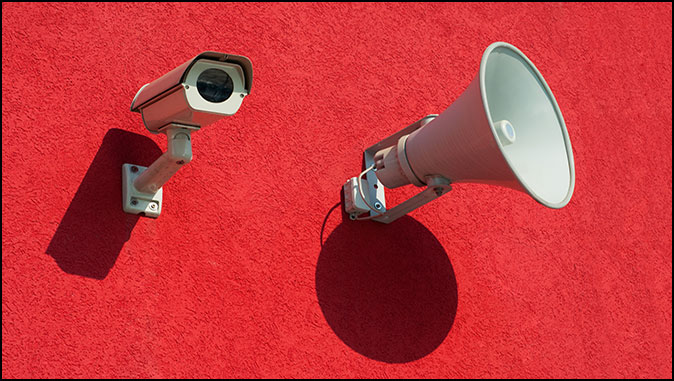 “The future seemed empty to Wraithby. It was easy to burn up the past, but not so easy to face a future lacking everything that had given the past substance.”

That is from Winter in Moscow, by Malcolm Muggeridge, first published in 1934, and proclaimed by historian A.J.P Taylor as the best book on Soviet Russia. In 2021, Winter in Moscow could well be the best book for what is now going on in America: surging totalitarianism, fake news, cancel culture, and wokeness. That dynamic was already on display when Muggeridge went to the USSR in 1932 as a correspondent of the Manchester Guardian.

Wokeness took the form of a general idea in narrow, empty minds, an idea pioneered by French historian Hippolyte Taine. Since these minds are incapable of questioning the idea, they become quite literally possessed. The prevailing general idea of the time was a classless, utopian society, which Wraithby, the name Muggeridge uses for himself, accurately calls the Dictatorship of the Proletariat.

As Wraithby observes, “from time to time the Dictatorship of the Proletariat dramatizes its inner conflicts, assembles a cast and plays out on a stage a mimic battle. Triumphantly leads itself in chains through the streets of Moscow in honor of a mimic victory.” In Red Square, Wraithby visits the Lenin mausoleum and reflects: “The head inside its glass case was fungoid, fresh and vivid like a fungus growing in darkness, unwholesome like a fungus, soft and poisonous.”

The Dictatorship of the Proletariat attracted admirers such as Prince Alexis, who models the dynamics of the general idea. “The more he had come to detest human beings the more attractive the Dictatorship of the Proletariat had seemed, because it alone opened the possibility of clearing the world altogether of human beings and leaving only a principle existing, like electricity in space.”

As Wraithby discovers, the Dictatorship of the Proletariat, headed by Stalin, “depends on hate. It presupposes a society in a perpetual ferment of hate, or of class war.” For fear that the class war should die down, “an organization was created whose business it wax to keep it alive, on the one hand by making class enemies and on the other destroying them.”

Communist Party bosses live well, with special shops and privileges, but despite Stalin’s vaunted five-year plan, the people live in poverty and hunger. An American correspondent, a proxy for Walter Duranty of the New York Times, denies that a deadly famine is going on in Ukraine. Wraithby decides to see for himself.

Muggeridge was the only foreign journalist to visit the area, and as he wrote in the Guardian, “to say that there is a famine in some of the most fertile parts of Russia is to say much less than the truth. There is not only a famine but a state of war, a military occupation.” The Dictatorship imposed that occupation across the entire country, and Wraithby wondered how the people endured it. At one point he turns into a church.

“A service was going on with quite a large congregation, mostly peasants. A melancholy passionate service. Religion was a refuge from the Dictatorship of the Proletariat.” Wraithby “found their stillness hopeful, even exhilarating. It suggested that even general ideas spent themselves at last and were nothing.”

For breaking the story on the Ukraine famine, Muggeridge was called a liar and found it difficult to find another job in journalism, an early example of cancel culture. Walter Duranty, by contrast, won a Pulitzer, and his fake news on the Ukraine famine played a major role in FDR’s recognition of the USSR. At a Waldorf Astoria banquet to celebrate that recognition, Duranty was only one to be applauded.

In an introduction to the 1987 edition of Winter in Moscow, Michael Aeshliman contends that Malcolm Muggeridge pioneered the literature on the worship of tyranny in the USSR, since augmented by works such as The Gulag Archipelago, The Great Terror, and The Black Book of Communism. The ruling class in America and the West shows little if any familiarity with the record, and in today’s narrow, empty minds, the general idea returns with a vengeance.

The totalitarianism lurking within every liberal is now on open display with class hatred, cancel culture, and violence. The woke media jostle with Walter Durantys, flaunting their mendacity and willful, fathomless ignorance. The converts include politicians, who can deploy powerful agencies of oppression to keep the hatred alive.

Together they burn up the past and offer a future without anything that gave substance to the past. If the future now seems empty, consider Wraithby’s experience as he leaves the USSR.

“Suddenly spring had begun. The frozen river would thaw, and sun make the earth bare, then green. Thus it happened a million times before. Thus it would happen a million times again. Nothing could prevent this process taking place – the sudden, unexpected coming of spring. Wraithby took in great breaths of the warm fragrant air.”