It’s not brain surgery, but it’s obvious not all the synapses are firing at the headquarters of some of America’s largest retailers. You would think more CEOs would connect the dots of the spectacular collapse of Target’s stock after they threw open bathrooms to both genders or the fierce blowback to anti-Trump executives at GrubHub, Pepsi, and Penzey’s Spices. It shouldn’t be too difficult for America’s top retailers to realize that declaring war on the values of half of America is not a secret recipe for success, rather it has been a revenue-killing disaster for the companies who’ve joined the public rant against President-elect Trump and conservatives in general. Just last week, the bullies at Kellogg’s picked on someone twice their size in Breitbart News, pulling their ads from the media heavyweight and then issuing a statement saying Breitbart’s isn’t “aligned with our values as a company.” 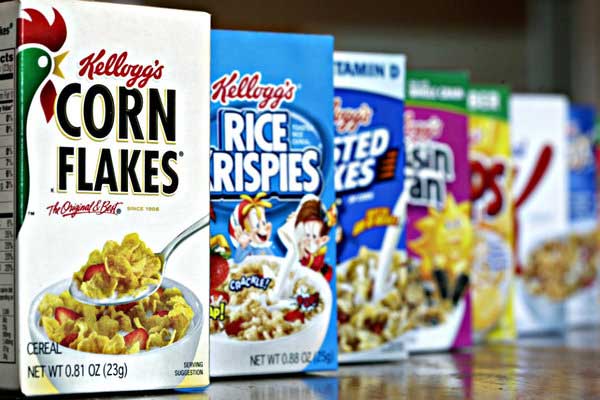 Now, a week into their liberal experiment, the economic picture isn’t exactly rosy. The hashtag #DumpKelloggs is driving down stocks in record time, as almost 300,000 Americans have signed on to a national boycott of the company’s dozens of cereals, Cheez-Its, Eggos, Pringles, Nutri-Grain, and Famous Amos, Morningstar Farms, Keebler and Kashi brands. Editor-in-Chief Alexander Marlow wished Kellogg’s luck in surviving the storm.

“Breitbart News is the largest platform for pro-family content anywhere on the Internet,” he reminded the company. “We are fearless advocates for traditional American values, perhaps most important among them is freedom of speech, or our motto ‘more voices, not less.’ For Kellogg’s an American brand, to blacklist Breitbart News in order to placate left-wing totalitarians is a disgraceful act of cowardice… If you serve Kellogg’s products to your family, you are serving up bigotry at your breakfast table.”

Of course, the writing has been on the wall for politically-motivated companies for months. ESPN’s hard-Left stance has outraged viewers who can’t even turn on their favorite sports without being assaulted with liberal propaganda. Now, their extreme activism is not only turning off audiences but dragging down parent company, Disney, in the process. Headlines like “ESPN Strangles Walt Disney Company,” “ESPN Continues to Plague Disney as Revenue Misses,” and “ESPN Is Crushing Disney” caught the attention of Hill writer Joe Concha, who says the election should have been a big wake-up call for every executive letting intolerance seep into their brand.

After taking a very public stance against North Carolina’s H.B. 2 (even going so far as to fire baseball hero Curt Schilling for supporting gender-specific bathrooms), ESPN followed up their transgender politicking by giving their annual courage award to Caitlyn Jenner instead of a double amputee Iraq veteran. The company threw more fuel on the fire when it supported NFL quarterback Colin Kaepernick’s hugely unpopular decision to sit out the National Anthem. So, Americans fired right back — changing the channel, and, it seems, Disney’s financial picture.

This week, Dr. Pepper is front and center in another cultural clash: the tug-of-war over North Carolina’s privacy law. In September, the company is now a key player in the debate over the ACC’s football championship game, which was slated to take place in Charlotte — until a radical LGBT fringe raised a stink. To protest North Carolina’s decision to keep women and girls safe in gender-specific restrooms, locker rooms, and showers, the ACC relocated tomorrow’s game to Florida, which — irony of ironies — has the same policy on the books as the Tar Heels!

Talk about hypocrisy! If the ACC is so upset about North Carolina’s policy, why in the world would they relocate to a state with a similar one? Because in the end, this isn’t about bathrooms or locker rooms or even “discrimination.” This is about appeasing cultural bullies who can’t be appeased! And today, the soft drink giant got an earful about trying! By sponsoring the game, Dr. Pepper has the power to weigh in on the issue. Now, social media is exploding, commandeering the company’s “#LarryNation” campaign to make it clear that fans aren’t okay with the ACC’s support of genderless bathrooms. Tweets like “@theacc pulled out of NC, disregarding the safety of women & girls. Does $ponsor @drpepper care about safety? #LarryNation” started lighting up the company’s Twitter feed hours before kickoff.

The message is simple: stay out of the culture wars or pay for it. These CEOs should stick to selling products — not politics. If CEO’s want to use their products and profits to push the Left’s agenda that voters rejected, they should not be surprised when consumers send them a message by sending their dollars elsewhere.

A Homosexual in the White House Must Be Unthinkable

God Deposes Kings and Raises Up Others

God Deposes Kings and Raises Up Others Perspective on the News Thursday, October 20, 2016…

How About Transgender Story Time from a Victim?

How About Transgender Story Time from a Victim? By Bryan Fischer The nation has been…