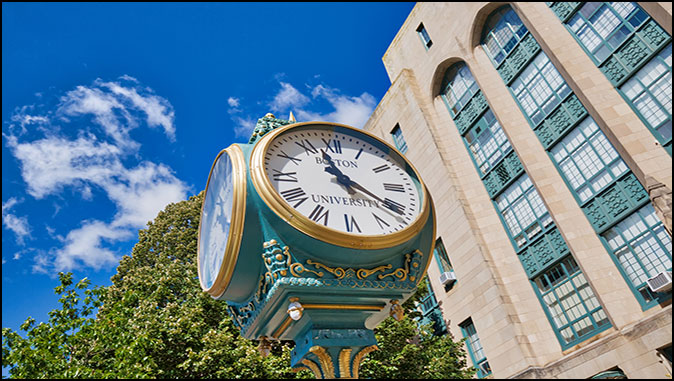 Jewish Studies Has an Anti-Semitism Problem
Is the murder of Jews what “oppressed individuals resort to out of anger and frustration”?
By Daniel Greenfield

When Sultan Doughan signed a hateful letter falsely claiming that Israel and Zionism were based on “Jewish Supremacy”, a term popularized by Neo-Nazi leader David Duke, that ugly rhetoric wouldn’t have attracted much attention in an antisemitic time… except for one thing.

Her work at a center named after one of the most prominent writers about the Holocaust includes the “case of a German-Palestinian museum guide who lost her job over a controversy that was triggered by her comparing her own family’s traumatic past in the Nakba with Jewish experiences during the Holocaust.”

More accurately, the guide compared the Jews to the Nazis at the Anne Frank House.

In her thesis, Doughan complains that “Muslims have to submit to the Holocaust” and that the “Holocaust remains an exceptional event in German discourse, authorizing immigration policies, citizenship tests and discrimination” against Muslims.

Muslims emerge as the “new Jews” who are being victimized by the Holocaust, not just in Israel, but in Germany, where they are asked not to spew hate at Jews as a condition of citizenship.

Doughan appears to suggest that compensation funds for the Holocaust be used for Muslims.

She smears a Muslim social worker fighting antisemitism over his shock at a woman declaring, “I’d rather send my daughter to Tel Aviv to blow herself up.” Doughan accuses him of being a “driver of imported ‘Muslim anti-Semitism’” because his worry over “the idea of killing Jews was greater than his worry for this concrete girl possibly dying in the course of such an act.”

This would be a moral abomination anywhere, but it’s especially horrifying within the context of a Jewish Studies center named after Elie Wiesel.

Often they’re used to attack Jews from the inside while advancing anti-Jewish narratives.

Pratima Gopalakrishnan, another signatory to the “Jewish Supremacy” letter, is a post-doc at the Duke Center for Jewish Studies who rants about Israel on Twitter and ponders “how intro classes on the ancient Near East can make intentional connections to Palestine today”.

Pratima claims to be studying “ancient Judaism” using “theoretical approaches drawn from feminist and queer theory”. That hostile lens is supplemented with a column on the Torah for Jewish Currents, a former Communist publication that celebrated the Muslim rape and murder of Jews, and firing off social media blood libels about “Israel’s military aggression against the people of Gaza”, and false claims about the “ethnic cleansing of Palestinians”.

Lila Corwin Berman, who holds a chair in American Jewish History at Temple University, is also one of the more prominent figures in Jewish studies as chair of the Academic Council of the American Jewish Historical Society. Her signature on the hateful letter is unsurprising considering her opposition to anti-BDS measures, and support for anti-Israel groups.

Berman has appeared with Peter Beinart, who has called for the destruction of Israel, and supported him, and promoted material from the JVP pro-terrorist hate group.

She also took part in a webinar for the former Communist Jewish Currents anti-Israel site.

Beyond her anti-Israel activism, Berman has labored to rid Jewish Studies of Jews.

In “Jewish History Beyond the Jewish People”, Berman argues that “Jewishness may help us interpret a person, a place, an idea, a text, an object, or a relationship without first having to meet any preexisting condition of being Jewish.” What then makes Jewish Studies, Jewish?

“Is it possible to think of Jewishness as anything other than real Jewish bodies and spaces?” Berman wheedles. “When we write Jewish history beyond its foundational claims—the Jewish people or a Jewish space—we must announce that these claims are neither inevitable nor eternal.” That is a prerequisite to the destruction of the Jewish people.

Mostafa Hussein, another signatory to the “Jewish Supremacy” letter, has a PhD in Near Eastern and Judaic Studies at Brandeis. He’s currently teaching at the Department of Judaic Studies at Michigan University where he’s working on a book arguing that Zionism was based on Arab and Islamic ideas. Hussein, a graduate of Egypt’s Al-Azhar University, claims that Jews constructed “the identity of the new Jew and his sense of belonging to the Land of Palestine/Israel” by having “exploited Arabo-Islamic knowledge”.

The problem is not simply that some people involved in Jewish Studies hate Israel in their own free time, or even that they sign letters using the language of David Duke, it’s that they center their own extremist agendas at the expense of the Jewish people, whose heritage and legacy they exploit in a broader campaign to attack Jews using Jewish Studies as their weapon.

At the University of Massachusets, Alon Confino acts as the Pen Tishkach Chair of Holocaust Studies when he isn’t complaining that Germany isn’t antisemitic enough.

“The situation in Germany today is absurd. Any harsh critique of Israel’s occupation or its policies is deemed antisemitic. Is this really a lesson Germans want to draw from the Holocaust?” Confino whined in an article equating Israel with Nazi Germany and urging that, as “Holocaust scholars”, it was important to listen to the voices of Israel’s Muslim “victims”.

The abuse of the Holocaust to attack Jews and support antisemites is routine in Jewish Studies.

Atina Grossmann, a Cooper Union professor and a fellow the United States Holocaust Museum, is a signatory to the letter that uses the Neo-Nazi trope of “Jewish Supremacy”. But when the Museum protested Rep. Alexandria Ocasio Cortez’s description of illegal migrant detention as “concentration camps”, Grossman rushed to the defense of the antisemitic leftist who is allied with Jeremy Corbyn and whose blood libels have encouraged hatred toward Jews.

The letter signed by Grossman wailed that “the Museum’s decision to completely reject drawing any possible analogies to the Holocaust, or to the events leading up to it, is fundamentally ahistorical.” But comparing American immigration policies to the Holocaust is entirely historical.

Grossman was also one of the signatories to a letter warning Facebook not to adopt the IHRA definition of antisemitism. As were Amos Goldberg, Lila Corwin Berman, Alon Confino, and multiple other signatories to the “Jewish Supremacy” letter including Hasia Diner.

Diner, an NYU prof of American Jewish History, and another member of the Academic Advisory Council of the Center for Jewish History, is refreshing in that she makes no effort to disguise her raving hatred for the Jewish State behind the obscure academic jargon of other academics.

In a hatefilled rant, Hasia Diner wrote that though she abhorred “bombings and stabbings”, the murder of Jews is what “oppressed individuals resort to out of anger and frustration”.

“I feel a sense of repulsion when I enter a synagogue in front of which the congregation has planted a sign reading, ‘We Stand With Israel’”, Diner wrote. She described Israel as “a place that I abhor visiting, and to which I will contribute no money, whose products I will not buy”.

She also complained that, “it is impossible to have a conversation about Israel or BDS because one is accused of being anti-Semitic.”

Maybe that’s because they are.

Jewish Studies has an antisemitism problem and it’s only been getting worse.

Jewish Studies, as Lila Corwin Berman implies, ought to have little to do with actual Jews. But it’s not enough for Jewish Studies to displace Jews, burying a people in a mass grave of academic verbiage and social justice buzzwords, it must also set out to eliminate the Jews.

As has happened so often, the theft of Jewish ideas and narratives is sealed with genocide.

Jewish Studies has become an academic war on the Jews. And no matter how good the intentions of the donors subsidizing chairs in Jewish history, Holocaust studies, and religious studies were, the academics who seize them adopt an eliminationist ideology, resenting the confines of Jewish identity, and seeking to destroy it by satanizing the Jews.

The same old narrative of Jewish history is playing out on campuses where the physical body of the Jewish people and the bodies of Jews are being ideologically separated from “Jewishness”.

Academic ‘Jewishness’ is constructed to mean anything and everything but actual Jews. Jews are reframed as the enemies of true Jewish values and ideas who must be destroyed to save “Jewishness” from the Jews.

Divorcing the study of Jewish history and ideas from Jewish communal institutions and peoplehood has repeatedly created monsters, whether it’s Holocaust museums that promote Black Lives Matter and accuse Jews of Nazism, or Jewish Studies departments that are friendlier to Hamas than to Israel. Donors have to stop funding academic organizations detached from connection and accountability to the people whose peoplehood they exploit.

Academics have rediscovered the old notion that Jewish ideas are appealing, but actual Jews are not. Jewish ideas are pitted against real Jews, and the idea is used to beat to death the reality proving once again that the students of history are the last to learn from the past.

Antisemitic academics may not be able to learn from the past, but Jews don’t have that luxury.

Taxpayer-Funded Lawyers for Illegals So-called “deportation defense” is the next big thing in radical causes.…

Why Was Texas Synagogue Jihadi Allowed Into U.S. Two Weeks Ago Despite ‘Long Criminal Record’?

Why Was Texas Synagogue Jihadi Allowed Into U.S. Two Weeks Ago Despite ‘Long Criminal Record’?…